It’s time to make a bold statement: Cryptocurrency has no place in the cannabis industry. Every time a new cryptocurrency payment option launches and promotes itself as the solution to the cannabis payment problem, it’s telling a lie. In fact, cryptocurrency compounds problems instead of solving them.

Not disconnected from banking

Cryptocurrency appeals to many people because they think of it as outside the realm of banking. It can move freely, without any exchange controls or rules limiting use. Anyone can hold cryptocurrency, transfer it to someone else, and move on without leaving a paper trail. At least, that’s the theory.

The reality is cryptocurrency needs banking. At some point, the funds tied up in digital assets need to be converted into traditional currency. Whether for compensating employees or buying groceries, our daily expenses require widely accepted payment methods.

Banks and credit unions don’t want to engage with cryptocurrency. Despite the popularity of Bitcoin and Etherium, financial institutions are wary of dealing with untraceable funds. They don’t want to be responsible for supporting terrorism or laundering drug money. In fact, if you check the terms and conditions of your bank account, you’ll find most of them mandate you can’t use the account to exchange money for cryptocurrency or vice versa.

Cannabis banking is tricky due to all the regulations that go along with it. These can vary from state to state, but they’re always complicated and require compliance officers functioning at a high level. Even if cannabis becomes federally legal tomorrow, the rules surrounding a high-risk, cash-intensive industry will remain burdensome in the same way rules are strict for guns and ammo or check-cashing.

I’ve discussed cryptocurrency with regulators across the country. They want nothing to do with it. Financial institutions that bank state-legal cannabis must provide regulators with a range of information about transactions. Regulators demand assurances the money changing hands is from legal channels, as compared to ill-gotten gains being laundered through the industry. Similar precautions can be found in other cash-intensive industries like money services businesses and even some aspects of the tobacco and alcohol industries.

Cryptocurrency is a nightmare for regulatory oversight because it obfuscates what’s already a complicated situation. Without a way to track where the money came from, regulators won’t know whether funds were tendered by legitimate consumers buying cannabis or drug lords “cleaning” money they obtained through illegal commerce.

In Oklahoma, I’ve worked with some cannabis retailers who wanted their financial institutions to work with them to launch a cryptocurrency for cannabis. The banks and credit unions explicitly banned the idea, adding bank accounts will be shut down if they find merchants have used their accounts to buy or sell cryptocurrency.

Companies serving cannabis merchants that mask the fact they’re accepting credit card transactions by using cryptocurrency do the industry a disservice. Not only is the mechanism unsustainable, but it also violates the rules of branded card networks, further exacerbating the situation.

Merchants often think the problems with cryptocurrency won’t affect them. As long as they can run their businesses and make money, whether they use digital coins is irrelevant. But the consequences can range from inconvenient to dire.

Valuation fluctuation can have a serious impact on merchants who hold vast sums of digital funds. If the currency tanks, they’ll lose money. They could lose everything if the cryptocurrency completely collapses.

Even if the cryptocurrency’s value improves, they could experience adverse consequences. Gains incur tax liability. Ask your accountant whether he or she wants to muddle through extra complications when determining your business revenue and expenses.

Even if the cryptocurrency itself works in your favor, there can be dire consequences when your financial institution finds out what you’re doing. You could lose your bank account. In fact, you could lose the ability to obtain a bank account at all.

Ready for a horror story? How about the frightening tale of crypto exchange Quadriga CX. The security-minded chief executive officer was committed to protecting his company from data breaches and security threats. That was great, except he didn’t have a so-called “dead man’s switch” to grant access to the digital currency in case of an emergency. So, when he died suddenly, $150 million in cash value the company held for clients became inaccessible. It may be gone forever.

Even in traditional business environments, cryptocurrency has not caught on the way some analysts predicted. Consumers aren’t using cryptocurrency to pay for pizza or buy homes, and even investors hold onto their Bitcoin only to make some money and then liquidate their digital stash to pocket the profits.

Instead of looking to cryptocurrency as a solution, the cannabis industry needs to add legitimacy to its thinking about payments and banking. Stop searching for a workaround and instead work with financial institutions and regulators. When you use sustainable payment methods, you’ll quickly see how scalable and lucrative your business can become.

In the payment-and-technology business, we used to say cannabis has a banking problem, not a payments challenge. In fact, that’s not even the case anymore.

The original thinking was cannabis needed better options for payments; bags of cash weren’t sustainable. But, we said, once banks became willing to work with the cannabis industry, money could be held in bank accounts, making payments easier.

At the time of this writing, there are about fifty banks and credit unions across the country that actively serve the cannabis industry. With money in the bank, even electronic payments are simple.

With sustainable, reliable, transparent banking and payment solutions available for the cannabis industry, there is no reason for anyone to consider cryptocurrency. While blockchain will have its uses and value in other ways, cryptocurrency is simply too risky and non-compliant to be worthwhile. 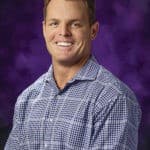 Tyler Beuerlein is chief revenue officer at Hypur, where he has been at the forefront of the company’s expansion efforts for more than four years. Hypur is a comprehensive technology provider that enables financial institutions, merchants, and consumers to transact in highly regulated industries. Beuerlein’s role touches financial institutions, government officials, regulatory bodies, and the state-legal cannabis industry. As a result, he possesses an intricate knowledge of the banking and regulatory climate.