Newly introduced legislation underscores the belief among some lawmakers that the time to advance the national cannabis agenda is now.

A few years ago, marijuana was discussed in hushed tones and snickers. Those whispers are now loud and powerful voices backed by soaring revenues. The marijuana industry’s evolution has made it an undeniably essential part of numerous states’ economies and brought marijuana to the forefront of state and federal legislative discussions. Most notably, in February 2017 Congressmen Dana Rohrabacher (R-Calif.), Jared Polis (D-Colo.), Don Young (R-Alaska) and Earl Blumenauer (D-Ore.) formed the bipartisan Congressional Cannabis Caucus to further these discussions.

Though states and private businesses have made great strides in addressing the industry’s needs, federal marijuana policy reform remains necessary to normalize the industry. On March 30, 2017, congress members and senators from both sides of the aisle submitted a series of marijuana reform bills to address the marijuana industry’s needs, namely tax reform and access to financial services.

What are these bills?

Introduced in the House (H.R. 1823) by Blumenauer and in the Senate (S. 776) by Sen. Ron Wyden (D-Ore.), this act removes state legal marijuana conduct from the Controlled Substances Act’s jurisdiction, prohibits marijuana transportation and sales into areas where it remains illegal, and creates a federal marijuana excise tax. The act also requires certain marijuana businesses to obtain permits from the Treasury Department and prohibits sales of more than one ounce of marijuana in a single retail transaction.

Introduced in the House (H.R. 1841) by Polis, this bill previously was introduced in the 114th Congress (2015-2016). The act subjects marijuana to the alcohol-applicable provisions of the Original Packages, Webb-Kenyon, Victims of Trafficking and Violence Protection, and Federal Alcohol Administration Acts and extends the Food and Drug Administration’s authority over alcohol to marijuana.

Introduced in the House (H.R. 1824) by Blumenauer and in the Senate (S. 780) by Wyden, the act addresses federal marijuana policy on banking, taxation, and record expungements. Most notably, the act protects any state-law-compliant person or entity from criminal prosecution for marijuana-related conduct.

The act alters Internal Revenue Code 280E, allowing state-licensed marijuana businesses to claim deductions and credits for marijuana sales. Finally, the act establishes an expungement process for federal marijuana offenders charged with possession of one ounce or less of marijuana if, when committed, such possession was legal under state law.

Introduced in the House (H.R. 1820) by Blumenauer, this bill previously was submitted in the 114th (2015-2016) and 113th (2013-2014) Congress. The act authorizes Veterans Affairs health care providers to provide veterans with marijuana recommendations and opinions as allowed by their state’s regulations.

Introduced in the House (H.R. 1810) by Rep. Carlos Curbelo (R-Fla.) and in the Senate by Wyden, this bill previously was submitted in the 114th, 113th, and 112th (2012-2013) Congress and amends the Internal Revenue Code to allow state-law-compliant marijuana businesses to use business tax credits and deductions otherwise unavailable to controlled-substances traffickers.

Though these bills address critical voids in federal marijuana policy, their fates are bleak. To become law, they must first pass through their assigned committees: the House committees on Ways and Means, Agriculture, Judiciary, and Veterans’ Affairs and the Senate Finance Committee. As the bills’ authors and sponsors have acknowledged, these committees, especially the House Judiciary Committee and the Senate Finance Committee are not cannabis-friendly.

Their uncertain future does not reduce the significance of the bills. Although they are not expected to become law this session, they serve an equally important purpose. By submitting them, their authors and sponsors continue to bring the need for federal marijuana policy reform to the forefront and highlight not only the current federal framework’s problems, but also the sensible solutions available. Further, the bills signal to marijuana businesses they have champions in Washington D.C. who recognize their needs within the federal government. Through these bills, the marijuana movement builds momentum for meaningful reform and slowly gains the support necessary to pass the bills’ progeny eventually. Thus, though the bills likely will not become law, they are the building blocks of imminent change.

What can you do?

Though individual marijuana businesses do not have a direct vote in the bills’ outcomes, they represent an incredibly powerful part of the future of federal marijuana policy. State-licensed marijuana businesses must continue to illustrate that with proper regulations, the marijuana industry can become a normalized and profitable part of the economy, rather than a bastion of violence and criminal activity. Thus, businesses must find alternatives to cash-only transactions and remain meticulously compliant to ensure their own success and the success of the industry at large. 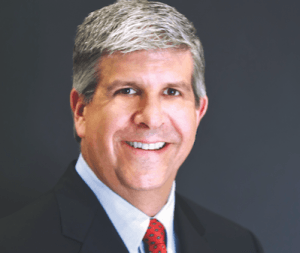