Legalized cannabis is quickly making an entrance into all corners of the United States. Nine states and the District of Columbia have legalized recreational use; an additional twenty states allow medical marijuana. The numbers likely will grow as the societal and political perspectives on legalization continue to shift.

The ever-changing landscape makes it difficult for employers to comply with both state and federal laws and has caused many to question whether their policies and practices should be revised. Employers should evaluate their workforce drug policies and assess whether they are prepared to handle the consequences in the wake of increased legalization and decreased stigma.

Shifting stances on legalization and use

Despite an increasing number of states legalizing cannabis, the substance remains an illegal Schedule I drug under the Controlled Substances Act. In January 2018, U.S. Attorney General Jeff Sessions suggested a willingness to enforce federal law when he rescinded the Obama-era Cole Memo, which had assured minimal federal interference with legitimate businesses in states that had legalized marijuana.

However, several new developments indicate the federal government may be changing its tone. For the first time, the Food and Drug Administration approved a cannabis-based medication intended to treat severe seizures in children. Additionally, Senate Minority Leader Chuck Schumer introduced a bill to decriminalize marijuana under federal law, and bipartisan lawmakers introduced bills in both the House and Senate to protect states that have legalized cannabis. Furthermore, President Donald Trump promised a senator from Colorado he would support efforts to protect states, and he recently indicated he likely will support a congressional effort to end federal prohibition.

The moves parallel a shift in the public’s opinion about cannabis. In October 2017, Gallup poll results revealed 64 percent of Americans support legalization.

Study of cannabis use by occupation and industry

Legalization’s evolution has led to increased research about the public’s cannabis consumption. The newest example examined marijuana use in Colorado—the first state to decriminalize recreational use—and the findings may be useful for employers across the country.

The Centers for Disease Control and Prevention recently published data about current marijuana use in Colorado and categorized that data based on industry and occupation. The study examined information provided by more than 10,000 Colorado workers aged 18 or older during 2014 and 2015. The findings revealed 14.6 percent of Colorado adult workers were marijuana users. The highest prevalence of marijuana use was among young adults (29.6 percent), males (17.2 percent), those working in the accommodation and food services industry (30.1 percent), and those preparing and serving food (32.2 percent).

What should employers do?

Because this area of law is constantly evolving and continues to be tested in courtrooms across the country, employers must understand their rights and duties and decide what position to take.

Although every state is different, marijuana is still federally illegal and employers generally are allowed to require a drug-free workplace and enforce zero-tolerance policies. Employees can be disciplined—or even terminated—for coming to work under the influence, possessing marijuana on company premises, or using marijuana while at work, even in states where marijuana is legal.

But you need to tread carefully when disciplining medical marijuana users. Eleven states have specific laws protecting medical cannabis patients from employment discrimination. In 2017, cannabis patients in Massachusetts, Rhode Island, and Connecticut won lawsuits against companies that rescinded job offers or fired workers because of positive tests for cannabis.

Typically, employers can require drug testing at different times—including pre-employment, randomized, reasonable-suspicion, and post-accident—depending on their state laws. However, with the changing landscape, employers must consider a number of drug-testing issues. First, in certain states, employers may need to consider accommodating medical marijuana use depending on the employee’s position and needs.

Second, many employers who require pre-employment drug testing have reported difficulty finding eligible candidates. Some employers who need to stay competitive are considering softening their drug-testing policy or taking cannabis off the testing panel. At the same time, however, softening the stance may not be a viable option for government contractors or employers with safety-sensitive positions. Consider your business needs and your stance on cannabis in light of what’s best for your company.

Finally, you must grapple with the fact the science used to test for marijuana has been slow to catch up with increased legalization. While there are methodologies in development, there is no test for marijuana inebriation. An employee may test positive for cannabis even if they used the drug days before their shift began and were not impaired on the job.

This creates a potential legal landmine for employers who wish to discipline employees believed to be impaired on the job. Even if an employee tests positive, it could be difficult to show that employee was under the influence while working. Until testing technology becomes available, consult counsel before taking any definitive steps.

As the CDC study shows, marijuana use is prevalent across industries and occupations. To determine the best drug policies and practices for your workforce, you must consider a variety of factors. In which industry does your company operate? Are workers in that industry more inclined than others to use cannabis? What are the state marijuana laws where you operate?

Consider these issues now so you are not caught off-guard and unaware of changes to marijuana-related employment law, especially as societal and political perspectives shift toward acceptance. Most importantly, ensure you can find the balance between compliance with state and federal law and what is right for your business.

Until the conflict between state and federal law is resolved, you should: 1) stay up to date on quickly evolving marijuana laws; 2) develop state-compliant workplace drug policies that are appropriate for your company, potential applicants, and employees; 3) apply your marijuana policies uniformly; and 4) contact counsel if any specific concerns or incidents arise. 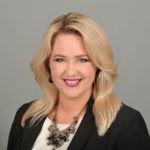 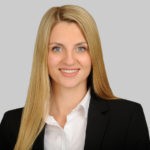