Mara Gordon’s company is helping medical cannabis live up to the hype.

In the late 1980s, years before Proposition 215 was passed, working in legal cannabis was a distant reality for Mara Gordon, founder of Aunt Zelda’s. She had amassed quite the varied resumé at a young age that included everything from working on political campaigns to commercial real estate.

Although successful by most standards, something was missing for Gordon. “It was not very fulfilling. I never saw the dollar sign as a way to mark my accomplishments,” she  says.

Still, she moved on to work for Fortune 500 companies, as a consultant and a software engineer.

In 1996, she was diagnosed with bacterial meningitis, but was able to push through and continue working. After 9/11, Gordon took a job with Safeway as an IT Manager, but she left in 2003 after her meningitis progressed. Doctors told her that she would never be able to work again and she was placed on an intense regimen of 26 medications including fentanyl.

If the saying is true that you never work a day in your life when you are doing what you love, then Gordon’s doctor was correct. She did not yet realize she was starting on a path that would lead to fulfillment.

When her husband Stewart suffered from a back injury a few years after she left Safeway, he was prescribed opioid medications as part of his recovery. The doctors warned that he might have to take the medications for the rest of his life. Stewart had been sober for over 20 years. He was concerned about compromising his sobriety with prolonged opioid use. Together, Mara and Stewart decided to seek alternative treatment options. After receiving a tip from her friend, Gordon considered medical cannabis. However, the idea of cannabis as a medicine was foreign to her.

“At the time I thought people who used cannabis were just stoners,” she says. Utilizing a scientific approach, Gordon would not simply rely on her initial opinion. “We did the research and we went and got our recommendations from a physician.”

Unfortunately, the selection of cannabis products at the time was a bit lacking. “Back in those days your choices were horrific. You either had flowers or really bad edibles, like a rice crispy treat in Saran Wrap with a piece of masking tape on it that said 5-20 doses,” Gordon recalls.

“That opened up the opportunity to try and do it better for our own health, and then it rolled out into doing it for other people.”

With cannabis, Gordon was able to reduce the number of medications she was taking from 26 to 3. Her husband was able to manage his pain with cannabis and did not have to rely on opioids. This set the eventual foundation for Aunt Zelda’s, and the company officially launched in 2011.

Gordon is straight to the point, and so is the focus for Aunt Zelda’s. “Our mission statement is to alleviate potential suffering,” she says. The company has set itself apart by utilizing a truly data-driven and scientific approach. Since its launch, Aunt Zelda’s “has been in a constant state of R&D.” 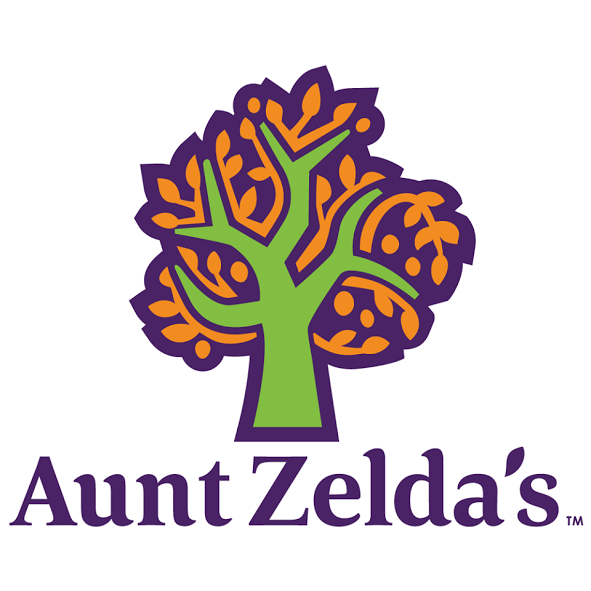 Aunt Zelda’s is truly aiming to provide medicine, not just to use medical cannabis as an excuse to put up a green cross in a storefront window. “People come to us because they are sick.” Gordon says. “We guide them based on data we’ve accumulated over the course of six years.”

The process for creating Aunt Zelda’s products is meticulous. “We are vigilant about testing,” Gordon says. “We don’t just buy flower on the open market. We have people who grow what we need, so that we maintain a relationship with them and control over the products.” While Zelda’s could cut corners, Gordon would never jeopardize the medicinal benefits of her products. “Garbage in, garbage out,” she said using the popular comp-sci saying.

Aunt Zelda’s maintains detailed lab notes for every batch of product it produces. Every few days, she meets with her lab director to discuss how they can improve their production process. For extraction, Aunt Zelda’s uses organic ethanol, as opposed to butane or C02 methods. “We do everything we can to maintain the natural profile of the plant,” she says.

With recreational cannabis poised to grow significantly, Gordon does not want to see the medicinal benefits take a backseat. “It is important that the general public understands that cannabis is a serious medicine,” she says. “And needs to be treated with respect.”