When California voters approved Proposition 64 in November 2016, the Golden State became effectively the largest jurisdiction in the world to legalize recreational sale and use of cannabis. On January 1 of this year, when recreational sales were legalized, politicians, tax collectors, and business owners already were seeing green. The state estimates it will collect $600 million in taxes from cannabis sales. And it doesn’t end there.

According to BDS Analytics, an independent research firm, California’s cannabis market in 2018 will be $3.7 billion. That’s just shades short of the $4.2 billion estimate for the whole of Canada given by the Canadian Parliament Budget Office in the run-up to its full legalization.

An important difference between California and Canada, however, is all too evident: California is a state, and Canada is a country. Federal laws still prohibit the sale and possession of cannabis in states like California, Colorado, and Oregon, and thus still make it illegal for federally regulated banks to provide services to cannabis businesses. Canadian banking law, on the other hand, will allow banks to accept cannabis firms as partners immediately.

This U.S. situation is exacerbated by U.S. Attorney General Jeff Sessions, no friend of pot, who announced in January that federal prosecutors would have a green light to crack down on banks dealing with cannabis customers.

Because banks must comply with federal law to be eligible for Federal Deposit Insurance Corporation backing, to guarantee deposits and give security to investors, there is little incentive for a bank to agree to accept a cannabis dispensary as a client.

A solution, therefore, is surely needed. Business owners need to be assured they will be able to legally deposit their earnings at accredited banks and not keep piles of cash on hand, and banks need clarity that they can freely contract with these clients. The state needs banking solutions for the cannabis boom.

While some of the solutions offered were helpful and charted a way forward, others looked only to create a path to profit for the State of California’s coffers. One proposal outlined how agents of the California tax authority would drive around in armored vehicles, personally collecting taxes and fee payments in cash from dispensaries. The optics of government agents collecting piles of cash from businesses need not be explained here. Another would have opened an online directory of each cannabis business, including expected tax payments and recommended methods of delivery, which state employees could access. That wouldn’t have solved too much, either.

Last, and most atrociously, the working group recommended a public bank dedicated solely to cannabis interests, owned by the taxpayers and operated by state bureaucrats and politicians. From a consumer and taxpayer perspective, that sounds like a disaster waiting to happen, not only because of the state’s notorious mismanagement of public funds, but also because of the ultimate risk to taxpayers. A too-big-to-fail public pot bank isn’t something for which ordinary Californians should be on the hook.

Thankfully, the latest bill in the State Legislature, SB-930, omits most of these proposals and allows for private solutions.

In its current form, the bill would allow the formation of private cannabis limited-charter banks and credit unions. These banks would be allowed to deal only with cannabis firms, allowing them to legally pay vendors, take out loans, and pay their tax bills at the end of the year. The banks would be licensed by the State of California and would give at least modest legal cover to entrepreneurs involved in the legal cannabis trade.

That is good news for business owners, consumers, and regulators. Having this level of clarity and infrastructure in place would alleviate many concerns and help set the foundation for easy replication in other states. Places like Washington and Colorado thus far have relied on local credit unions and community banks for their cannabis banking needs, but those institutions may discontinue their services if federal prosecutors begin kicking down dispensary doors.

The California bill was expected to pass the Senate Appropriations Committee in May with little opposition. That would be a huge relief for ordinary Californians, whether they’re a consumer, entrepreneur, or taxpayer.

But that isn’t the end of the fight for legal cannabis commerce in California. Banking is just one concern. Under Prop. 64, local jurisdictions can implement their own regulations and prohibitions on cannabis. Some have floated extensive taxes at the county level and additional burdens that surely will create competition between jurisdictions.

What remains important overall is that a solution is presented that gives maximum maneuverability to entrepreneurs and consumers. There is no reason to restrict the legal market so much that cannabis purchasers once again must turn to the black market.

Let’s hope legislators in California follow through with a modest proposal to offer legitimate banking services. 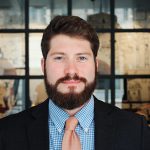 Yaël Ossowski is a journalist and deputy director of Consumer Choice Center.