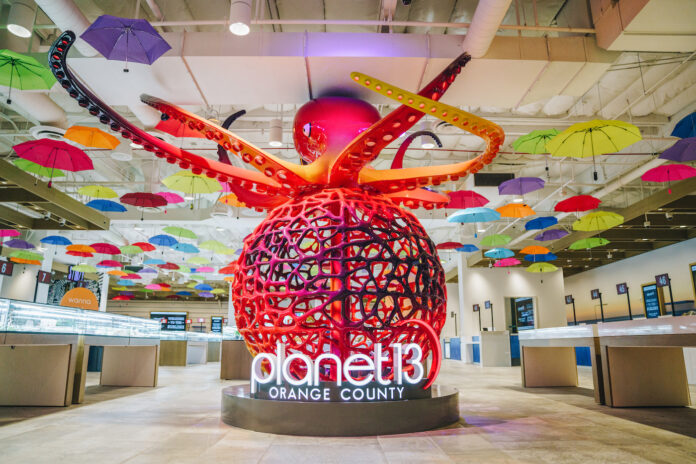 Only a handful of cannabis retailers in the entire country enjoy what could be considered national recognition. The select few have achieved their status through a mixture of aggressive franchising (Cookies), major marketing spend (MedMen, Eaze) or, in the case of Planet 13 cannabis dispensary, by creating something so over-the-top it becomes a social media phenomenon. The exiting Las Vegas location is one of the world’s largest dispensaries at 40,000 square feet, just off the strip across the street from the Wynn Hotel.

So when the parent company Planet 13 Holdings announced in early 2021 its second store would be in Santa Ana in Orange County, California, the question winding through observers’ minds was “Will the same blockbuster, tourist-friendly retail concept work in a place with a fixed local audience?” The plan in California is for a vertically integrated cannabis dispensary that can keep up with the brand’s reputation for visually stunning retail.