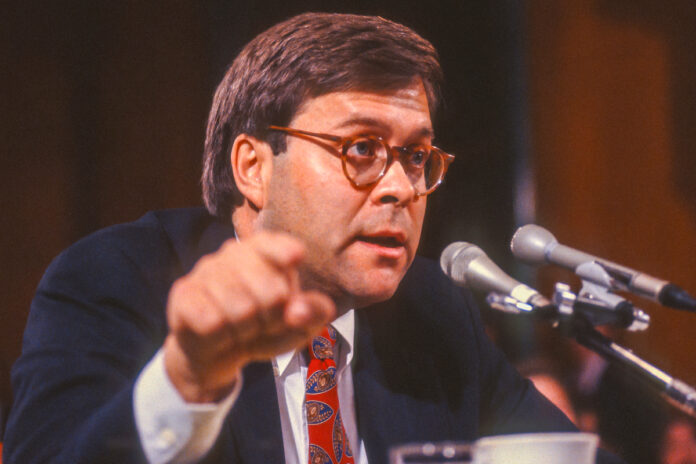 CNN’s Caroline Kelly broke the story. According to CNN, nearly 30 percent of the DOJ’s Antitrust Division efforts have targeted cannabis businesses, since at least March 2019.

During yesterday’s testimony, Elias said he had “undertaken whistleblower activity” and was there because he recognized “the imperative for law enforcers to operate even-handedly and in good faith.”

“First, at the direction of Attorney General Barr, the Antitrust Division launched ten full-scale reviews of merger activity taking place in the marijuana, or cannabis, industry,” Elias testified. “These mergers involve companies with low market shares in a fragmented industry; they do not meet established criteria for antitrust investigations.

“Second, I will detail an investigation—initiated the day after tweets by President Trump—of an arrangement between the State of California and four automakers on fuel emissions,” he further alleged.

“I am a career employee at the Department of Justice. Based on what I have seen, and what my colleagues saw and described to me, I was concerned enough to report certain antitrust investigations launched under Attorney General Barr to the Department of Justice Inspector General. I asked him to investigate whether these matters constituted an abuse of authority, a gross waste of funds, and gross mismanagement. I am appearing here today under subpoena to describe these matters to the Committee. Although I am a current DOJ attorney, my testimony is personal and does not represent the views of the Department.”

The whistleblower news comes on top of accusations that longtime Trump adviser Roger Stone, was “treated differently” from other defendants by U.S. attorneys because of his relationship with Trump while on trial for various counts subsequent to the Mueller Report and special investigation. Stone was eventually convicted on seven counts as a result of the investigation. Mueller team attorney Aaron Zelinsky is scheduled to deliver further testimony on the investigation today.

Testimony from Zelinsky and Elias give the impression of improper procedures at the DOJ, motivated by the personal preferences of AG Barr, as well as undue influence of President Trump and White House insiders.

The alleged cannabis industry anti-trust investigations also stand in sharp contrast to testimony on cannabis policy provided in January 2019, by then-nominee for Attorney General Barr to senators during his confirmation hearings.

Senator Corey Booker (D-N.J.) questioned Barr about the rescinding of the Cole Memorandum (Cole Memo) by previous Attorney General Jeff Sessions, who Barr was to replace. The memorandum instructed U.S. attorneys not to enforce marijuana prohibition in legal states.

“Do you believe it was the right decision to rescind the Cole Memorandum?” Senator Booker asked Barr at the hearings.

Attorney General Barr responded: “My approach to this would be not to upset settled expectations and the reliance interests that have arisen as a result of the Cole Memoranda, and investments have been made and so there has been reliance on it. So I do not think it is appropriate to upset those interests. However, I think the current situation is untenable and really has to be addressed. It is almost like a back-door nullification of Federal law. To me it is a binary choice. Either we have a Federal law that applies to everybody…”

Senator Booker: “I am sorry to interrupt you, sir, but how would you address that? Do you think it is appropriate to use Federal resources to target marijuana businesses that are in compliance with State laws?”

General Barr: “No, I said that—that is what I said. I am not going to go after companies that have relied on the Cole Memoranda. However, we either should have a Federal law that prohibits marijuana everywhere—which I would support myself because I think it is a mistake to back off on marijuana. However, if we want a Federal approach, if we want States to have their own laws, then let us get there and let us get there the right way.”

While there was much hopeful speculation from cannabis industry media and financial websites following Barr’s comments in response to Booker, not all seemed completely convinced by the testimony of then-future Attorney General Barr.

“During his confirmation hearing, Barr—a notable drug war crusader in previous administrations—made clear that he, like Sessions before him, is no fan of the sticky-icky and supports blanket federal prohibition. But unlike Sessions, Barr pledged not to go after companies relying on the Obama-era memo for guidance or to “upset settled expectations” in the industry,” North Coast Journal reporter Thadeus Greenson wrote at the time.