Heading into 2018, let’s break out the crystal ball and make some predictions for cannabis. As basis for our predictions, let’s review the basic operating context. At this writing, roughly 20 million Americans can access recreational cannabis products in their state; this time next year, that number will exceed 66 million in the United States and more than 100 million in North America. Quite clearly, 2018 will be the “Year of the Adult.”

There is a long-established, negative correlation between alcohol consumption and cannabis use. With cannabis becoming more acceptable and accessible in 2018, Big Alcohol will feel the hangover from the cannabis party. With the adult-use cannabis market jumping by 500 percent, beer, wine, and spirits companies will show declining volumes in North America. In turn, this will increase their anti-cannabis lobbying budgets. No doubt, beer will be the biggest loser as it indexes strongly to men.

3. Mergers And Acquisitions In Canada

To bolster its sagging spirits, at least one large publicly traded alcohol company will acquire a Canadian cannabis company. Historically, the cannabis industry has cited Big Tobacco as acquirers; however, alcohol stands to lose far more to cannabis than tobacco. If you can’t beat ’em, you join ’em, and that’ll lead a couple of publicly traded alcohol companies to acquire cannabis companies in Canada, where the herb is federally legal.

With the U.S. adult-use market exploding, thanks in part to California joining the fold, 2018 should be a mighty year for capital formation within cannabis. In 2018, I predict more than $1 billion will be invested in cannabis companies or dedicated cannabis funds. Moreover, today we talk about names like MedMen, Phyto Partners, and Poseidon; within the year, I predict at least two marquee venture capitalists with names like Menlo, Sequoia, Kleiner, Benchmark, and HWVP will announce dedicated cannabis funds. Sharpen your pitch decks, friends. The money will flow in 2018.

5. Cover Of The Rolling Stone

Why have one crazy industry when you can have two? Blockchain cryptocurrencies like Etherium and Bitcoin have been surging for some time, and they marry perfectly with cannabis given their counter-cultural beginnings and the cannabis industry’s federal challenges in the U.S. In 2018, prepare yourself to be pitched on the cannachain, internet coin offerings and a whole bunch of other ideas like registering your cannabis intellectual property through the blockchain.

7. Get High In Three New States

When we close the book on 2018, there will be at least ten states united for adult-use cannabis. Rhode Island and Vermont will pass adult-use laws in 2018, and at least two more states like Michigan, Ohio, Arizona, or New Jersey will join the ranks.

In 2018, The Donald finally will say to Jeff Sessions, “You’re fired.” With adult-use cannabis surging, Sessions’s point of view will look increasingly out of step with American culture and that thing called science. With Sessions’s firing, cannabis prohibition will end, at least unofficially. 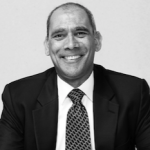