A young boy was happily cuddling on his mother’s lap as his father drove, seemingly forever, on their cross-country road trip. They were on their way from the Northeast to visit family in the Deep South. The only sound was the hum of a large 1960s V8 engine. Suddenly, it grew very bright in the car, with flashing colorful lights accompanied by the strange sound of an unfamiliar screeching siren getting louder. With one hand, the father grabbed the boy’s shirt at the chest, looked him deep in the eyes, and said, with a seriousness that haunts the boy half a century later, “If you move or make a sound, we will all die.”

My father then quickly slid me over the front seat and down to the floor in back. My mother stretched me out as flat as possible and slid a backseat blanket over me, covering me completely.

Growing up in Alabama, my father knew a car having license plates from New York was enough to get you in big trouble with police in the still-Jim-Crow South. Some parts of the South had evolved far slower than others. Back then, police were often members and indeed leaders of local Ku Klux Klan chapters. The scars of the South’s Civil War loss were still fresh enough to taste and could easily stir a hatred of Northerners. Sadly, based on present fatal police shootings, mass shootings, and confederate insignia issues concentrated in the South, there’s still a wound that hasn’t healed.

From my desperate positioning on the backseat floor, I heard a hard tapping on the window and a man’s voice. I pressed myself flat against the scorching-hot hump, conforming to it. I was trying my best not to flinch, breathing small invisible breaths so the blanket wouldn’t move. I don’t recall the man’s exact words, but they were along the lines of, “Everything all right here, ma’am?” (Until just now, I didn’t remember he initially spoke past my father directly to my mother.) I remember being a little confused by my mother’s answer: “I’m just hitchhiking to Florida and he gave me a ride.” Her lie meant something was very wrong.

Everything in me wanted to peel my chest away from the heat and the terrible smell of the melting thin, vinyl mat covering the hot floor hump under me. The scent of smoldering plastic can still transport me, right now, back to that claustrophobic place. It is one of my earliest and certainly most visceral memories.

After all the back-and-forth conversations, we drove away. My mother tore away the blanket and yanked me into the front seat. I don’t recall the actual feeling itself, but rather the sense of relief that I could breathe. On a Zoom conversation with my mother to make sure I remembered everything correctly, she hung her head and quietly recounted me saying, “Did I do good hiding, Daddy?”

At the time, I asked what happened and was given an answer that normally would be reserved for children a few years older: “Mommy and Daddy aren’t allowed to be married here. Mommy had to lie to that policeman to keep us safe.”

There are times when, ready or not, frank statements about the world must be fed to Black and Brown children. These are priceless chunks of childhood innocence, stolen. The term “White privilege” can be too boxed into assumptions about what White children are given or have access to. But it is often a case of what is not taken.

My mother was White and my father Black. Depending on the state we were in, their marriage would’ve been socially unacceptable and could’ve been illegal — very illegal, to the point where police easily could become judge, jury, and executioner with impunity.

In those few minutes, the safety and security of my mother’s lap gave way to an insecure dark landscape. A place where an officer whose uniform and tool belt once embodied safety could, without warning, become transformed into a weaponized, dangerous stranger.

The message delivered to Black and Brown children is that the cops aren’t always the good guys. You can’t always be honest with them. Almost every Black child can tell you a version of my story. A verbal warning by family on how to navigate the interaction between you, your community, and the police.

Now, hopefully, it is obvious the majority of police officers are good people doing a very difficult job. The issue for many is that they are trying to navigate a system designed to put people in their place — be it on their merry way, prison, or some forsaken space in between. All things being equal, depending on who/what you are and who you know, the places are different. That truth is what we all inherently know is typically not part of police academy training for new recruits. The real rules are learned after they hit the street as police officers. I truly have compassion for all our brothers and sisters in blue trying to do right while toeing that blue line.

Imagine for a second if ex-officer Derek Chauvin had taken his knee off George Floyd’s neck in time. No one would have heard about the incident. But the next time Floyd was about to be detained by Chauvin, the event might have evolved into a viral video where people wondered, “Why did he run? If he just would have listened to what he was told, he would have been fine.” The next time you find yourself thinking that, consider officers like Chauvin tend to be assigned to minority communities. Residents often know who those officers are and have seen the potential consequences for people who, for whatever reason, happen to interact with them: arrests, a knee on your neck, etc. Making a break for it doesn’t seem as crazy now, does it?

The moral right now is to do what you can to make progress toward equality. Be active to bring about change in whatever way possible. Allies, please don’t uncomfortably laugh off a comment by a friend that shows a prejudice you don’t really believe in. If you sit idly by, are you actively doing nothing to help humanity evolve into a better place for our children’s children?

Take this extraordinary time to make your family and friends proud of you. Respect and support our youth’s evolving world view. Embody strength and commitment. Maybe give them the memory of you lying on the floor and coloring a #BLM poster with them, stapling it to a stick, and marching shoulder to shoulder. Or at least holding it while they hammer it into the front lawn. That’s a forever memory.

Your children won’t remember you shaking your head at the TV. Don’t do nothing. Teach our kids, our friends, and neighbors what it is like to live in a true democracy.

Stand up and do … something. 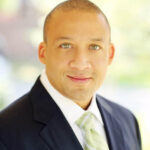 Dr. Adrian Adams is the chief executive officer at Ontogen Botanicals CBD. He is also New York State Director for the non-profit Minorities for Medical Marijuana as well as a member of the National Cannabis Industry Association’s Diversity, Equity, and Inclusion Committee for Federal Regulation. Dr. Adams spent many years as a biology and chemistry teacher prior to creating a hemp CBD brand for physicians and their patients.