Rules and guidelines can be boring as dry toast, especially when you’re accustomed to blazing your own trail as so many cannabis entrepreneurs have done. But with marijuana legalization rapidly expanding, there has never been a better time to become familiar with best practices, policies and standards, and rules and regulations.

So, where can trailblazers go to learn how to take the regulatory reins and better serve their customers? At Cannabis Trainers, the Sell-SMaRT Responsible Vendor Program covers the basics and not-so-basics, custom-tailored for the cannabis sales experience.

“About 50 to 60 percent of the core Sell-SMaRT Program is, I would say, appropriate in any state,” Cannabis Trainers founder Maureen McNamara said. “Every state will have nuances and differences, because checking IDs in any state is a similar process but which IDs are acceptable will vary state by state.

“So, as we’ve customized this program for several states already, we’re seeing the typical areas where customization is required,” she continued. “Our program is so fluid [that] when a regulation changes, we can update our program within a day, so we always have the freshest data to share with our participants.

“It’s our signature class, and we’re really proud. It’s designed to inspire people to embrace and play by the rules,” said McNamara. “The time to embrace regulations is upon us, and the more people understand the nuances of the new rules, it will help this new frontier of regulation really roll out more smoothly.”

Best practices are not just about being compliant. McNamara is a compliance nerd and stickler for standards, as well as a disciple of Dale Carnegie, the public speaking icon who, in the 1930s, set the bar for professionalism, corporate training, and interpersonal skills. Excellence in customer service, said McNamara, ultimately empowers employees to feel confident and successful, and Carnegie’s techniques still work today.

“Many participants have said that’s their favorite part—learning to have a new capacity to be able to say things more professionally and with that standard of excellence,” she said. “Far from the classic dry compliance class, it’s really steeped in service excellence in every aspect that we touch, interacting with patients powerfully.”

Since establishing the company in Colorado in 2014, McNamara and her training team have branched out to teach courses in Illinois, Nevada, and California. The team also works with cannabis companies in Washington state and Ohio, where Cannabis Trainers was brought in to create customized compliance and customer service training. In January, Cannabis Trainers’s program will launch in Maryland.

Early in December, McNamara presented her ServSafe – Food Safety Certification program for the first time in Oakland, California, to cannabis edibles manufacturers. McNamara said the training was well-attended and enthusiastically received, and participants immediately were able to apply what they learned in class to after-class discussions.

“It’s very interactive, and we are pulling on the wisdom of our participants often throughout the program. The five hours really fly by, because it’s very interactive and engaging,” she said. “We took a food safety class that I’ve been training for about twenty years, and we customized the conversation for the needs of the manufacturers. The producers we had in our class were really thrilled with the information. They took a ton of notes considering the changes they wanted to make to their operating procedures, to make sure their focus on food safety was prominent.”

The edibles sector is widely regarded as unregulated with respect to labeling, dosage levels, and other important guidelines, but McNamara has enough health department and food industry experience to know that’s all about to change.

“In California, the Department of Health certainly has a lot of rules around [food products],” she said. “The class we teach is based on the [Food and Drug Administration] food code. The [FDA] is not currently involved in the creation of infused products or cannabis edibles, but that wisdom of food safety is so valuable universally.

“[The class is] really great information for the basics of food safety and for the cannabis industry and for the California Department of Public Health specifics around edibles, like how to assemble and package them,” she explained. “For instance, we can’t have things with additional caffeine or alcohol. So, bringing in some of the rules around what can be produced, in addition to the classic food safety, is what our food program is about.”

In every industry, policies and standards are implemented to protect consumers. But they also protect business owners from penalties, fines, and prosecution by regulatory agencies. Like the Boy Scouts, business owners want to “be prepared.” 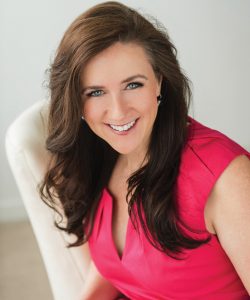 “The time to embrace regulations is upon us, and the more people understand the nuances of the new rules, it will help this new frontier of regulation really roll out more smoothly.” —Maureen McNamara

McNamara expects to see “compliance director” become an increasingly crucial role at cannabis companies as the industry becomes more and more mainstream. Right now, the bulk of her clients are interested in improving their skill sets to gain entry to the industry.

“We absolutely see job seekers that want to have more insight and information as they look for jobs,” she said. “We definitely have business owners, managers, and compliance directors, but the primary, most prevalent participant is the worker: the person selling cannabis in licensed dispensaries or, for states that permit it, delivery. With cannabis projected to continue its boom in 2018, McNamara will be putting the Sell-SMaRT Responsible Vendor Program and the ServSafe® – Food Safety Certification program online for students in far-flung locations where Cannabis Trainers can’t be in person.

“One of our primary focuses for 2018 is the expansion of the Sell-SMaRT course into other states and to really flourish the course in California,” she said. “Additionally, we’ll be looking at creating compliance courses specifically for manufacturers, in addition to food safety and in addition to cultivators. Also, looking at the regulations and helping people to feel inspired to embrace those, as well.”