In a survey of over 4,100 LGBT consumers by INTO, Grindr’s digital magazine, and market-research firm Brand Innovators, only 15.6 percent felt “very positively” toward companies that run Pride-themed ad campaigns in June but do nothing else throughout the year. Whereas over 40 percent felt “very positively” toward advertisers that “regularly or continually” incorporated LGBT themes.

For some companies, June aka LGBT Pride Month, represents just another marketing oportunity. They slap a rainbow on a product or splash the company logo in red, orange, yellow, green, blue, and purple and think its enough to grab the queer dollar. The LGBT community dosen’t seem to agree. Look to campaigns working to inform younger generations that #PrideIsAProtest—and at its inception, a riot—for proof.

There are on the other hand, a growing number of companies that understand genuine support goes deeper than a fun, rainbow motif. From sales-based charity donations to educational outreach, here are a few cannabis brands going the extra mile. 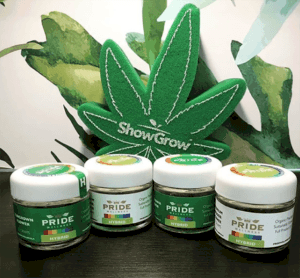 PRIDE WELLNESS
Pride Wellness gives back to the LGBT community year-round with $1 of the proceeds from every product sold donated to the Los Angeles LGBT Center’s senior services department. Founded and operated by Buck Angel and Leon Mostovoy, the LGBT owned company already has donated over $4,000 this year. 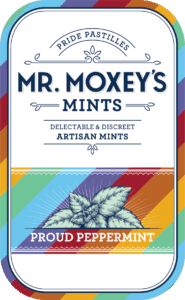 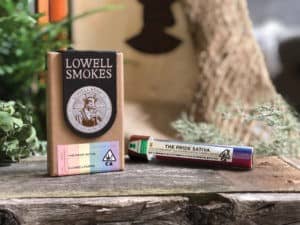 PAX, JETTY EXTRACTS
PAX teamed with pod-filling partner Jetty Extracts to reintroduce the Reckless Rainbow strain for PAX’s Era Pods. A portion of sale proceeds will be donated to the GLBT Historical Society, a nonprofit dedicated to the history, culture and arts of the LGBT movement and community. In addition to pod sale proceeds, PAX donated $50,000 to the organization and hosted events at San Francisco and Los Angeles Pride.

EAZE
Online dispensary delivery service Eaze will donate 5 percent of all proceeds for the month of June to Out & Equal, a nonprofit dedicated to LGBT equality in the workplace. The company also works to highlight brands and products that give back to the LGBT community.

SOMATIK
Somatik, a maker of cannabis-infused, cold brew coffee and chocolates, is donating 5 percent of its overall sales proceeds during the month of June to the Transgender Law Center. The LGBT owned and operated company was founded by Chris Schroeder and his partner Clayton Coker.

PLUS PRODUCTS
A seasonal offering, Plus Products re-released its limited edition Plus Rainbow Sorbet gummies for 2019 Pride. For every rainbow adorned tin sold throughout the month of June, the company will make a $1 donation to the San Francisco LGBT Center.

KIVA CONFECTIONS
Kiva released a limited-edition flavor in its Camino gummies collection: Tropical Punch. The company partnered with popular drag queens Heklina, Peaches Christ, and Laganja Estranja to create the product and will donate a portion of proceeds to the queens’ charities of choice: Los Angeles LGBT Center, Harvey Milk Center for the Arts, and the GLBT Historical Society.

PUNCH EDIBLES
Punch Edibles created its White Chocolate Rainbow Cake chocolate bar exclusively for Pride. A portion of proceeds from sales of the limited-edition flavor will be donated to the nonprofit organization Out & Equal.