HOLLYWOOD, Calif–System of a Down fans got a special opportunity this weekend when the band’s bassist and cannabis entrepreneur Shavo Odadjian hosted a strain drop for his 22Red brand.

Held at the MMD-Hollywood dispensary, in the booming Cahuenga Corridor area, a line waited under sunny, blue skies to meet Odadjian and for debut deals on three legacy strains and two limited edition offerings. 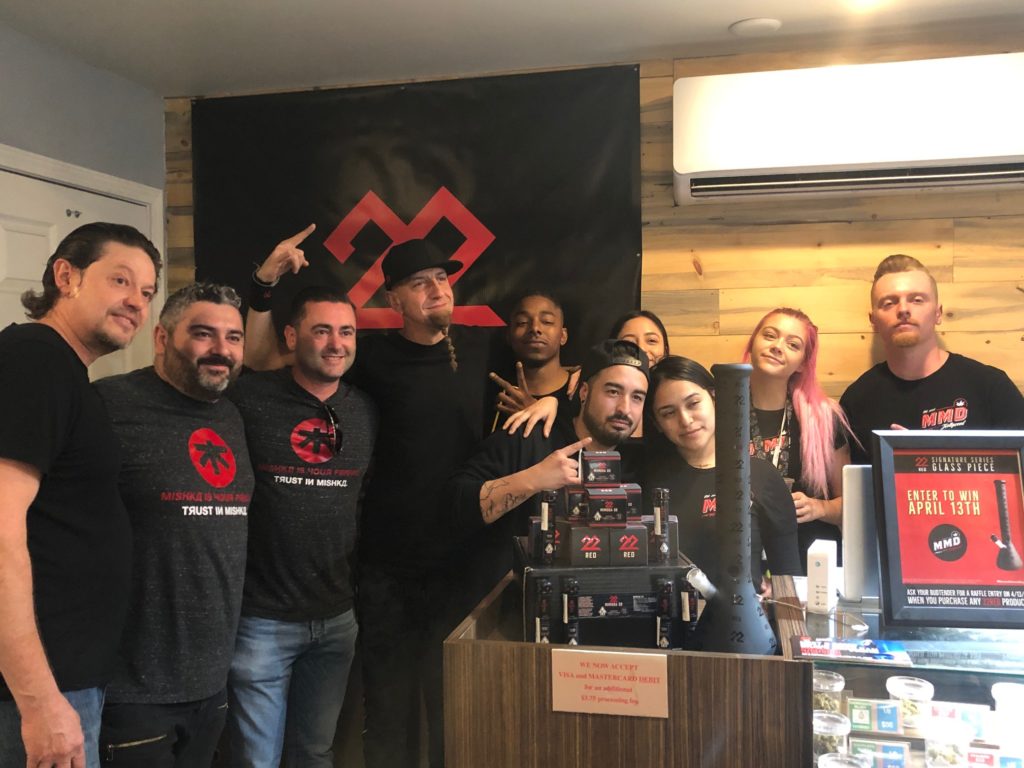 So, when it comes to cannabis and music industries, does the Grammy-award winning rocker think there are similarities?

“Many similarities. I love both and I’m very passionate about both. I really feel the way I do about it. It’s not fake. I’m not doing it just to make a buck–I’ve made a buck. I’m here because I’m bringing good things to people that need and want good things,” Odadjian told mg.

“The brand is quality and I swear by it. It’s what I smoke, so, if you’re looking for high quality, tasty cannabis–high quality THC and CBD, and you’re not going to get anything less,” he added. 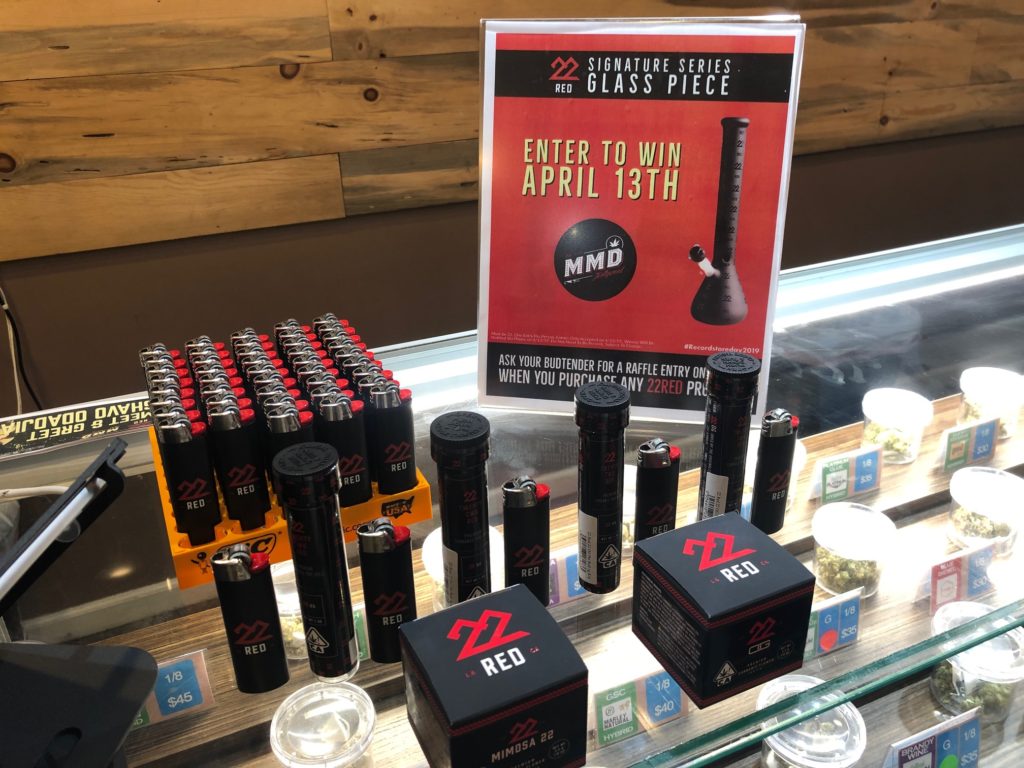 Noting Odadjian’s passion for the brand and ongoing support for the dispensary, MMD-Hollywood owner Mishka agreed, “He really is passionate, and we’re just glad to be able to be part of promoting the brand with him.”

“Right now, I’m playing a club and I’m opening with all these other bands–or brands,” Odadjian described. “I see it that way; bigger dispensaries are like bigger venues and smaller ones are like clubs, and I’m just doing my thing. I’m using the same mentality I did when I branded System twenty three years ago.” 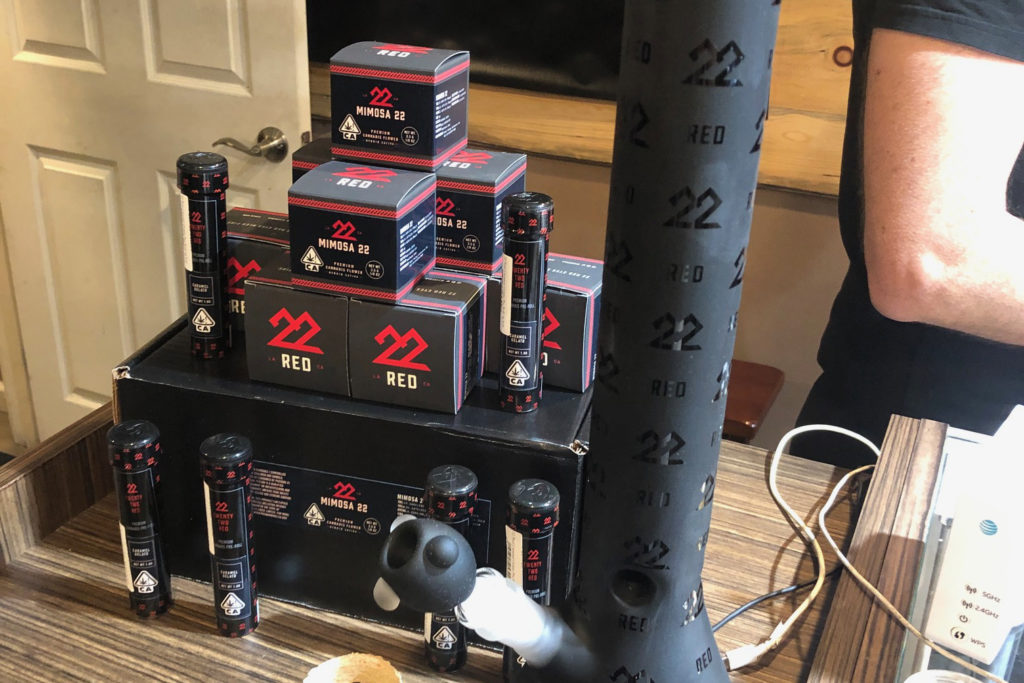 The limited editions strains introduced at the event included 22AF, an euphoric, indica-dominant flower with fuel-like flavor and potent THC percentage, as well as GT22, a golden-colored indica-dominant strain bred with a lighter vibe in mind and citrusy tones.

22Red legacy strains that attendees had to choose from included Mimosa 22, 22OG, and Caramel Gelato.

“It’s real to me–22 is my birthday, 22 is my anniversary, I was 22 when System got signed. I’m 44, so, I was 22 when that happened–there’s a lot of twenty twos in there,” Odadjian explained. “It’s always been the master number for me, the builder number, and I’ve manifested a lot. When I feel something, I’m true to it, I’m passionate about it, and it comes to fruition.”

System of a Down fans can also look forward to the start of festival season and upcoming dates for the band. 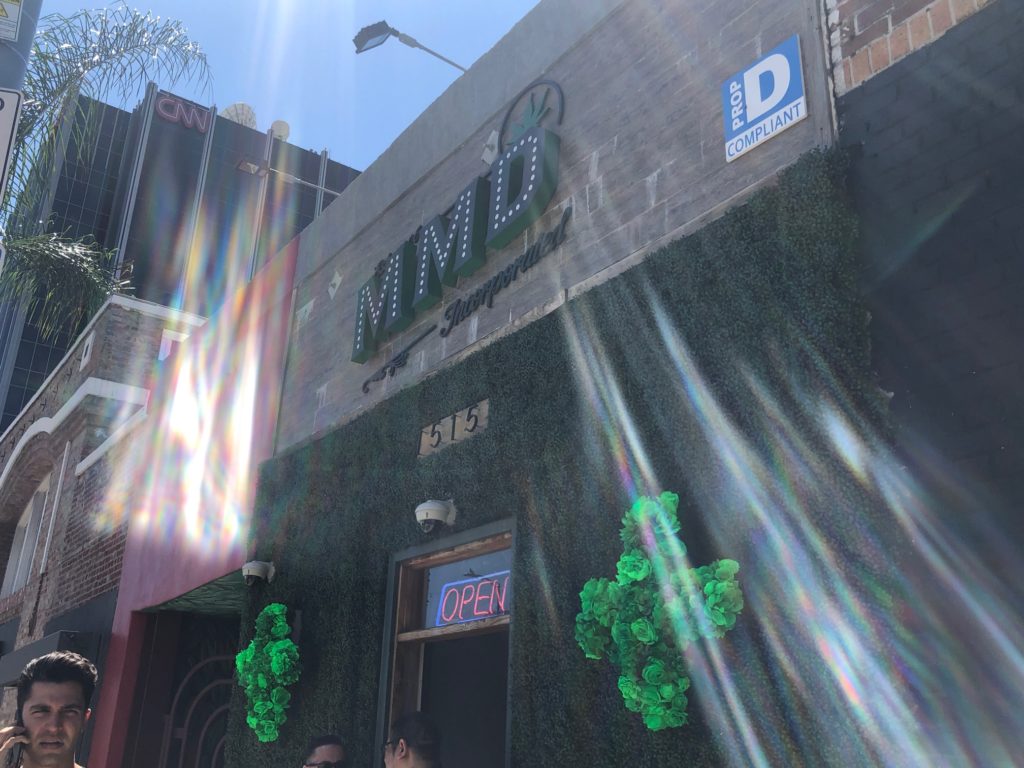 “We have a couple of shows coming up in May in Chicago and Ohio. Ohio is the Sonic Temple Festival, and Chicago is the Open Air,” he mentioned.