“Craft” means different things to people. There is no single accepted definition of the term. Likewise, there are no established guidelines for cannabis growing and marketing, unlike those set for beer by industry associations or the regulated standards created for “organic” agricultural products, a certification that is controlled by the federal government. Craft is more of an ethos than a standard in its current iteration in the cannabis space. This effectively makes cultivating cannabis in a way that most consumers would like to imagine as “craft” a labor of love, especially considering the more industrialized brands haven’t yet been pegged for their large-scale production.

Using the clichéd analogy of the Budweiser types versus the small craft brewers, a similar comparison can be made in the cannabis space. Because the weed demographic is not particularly keen on social conformism, the 80 percent / 20 percent market share seen in the beer industry may lean more towards the craft grower in cannabis.

The issue today is the Budweisers of cannabis are only starting to emerge and show signs of their mass-produced weed on dispensary shelves. However, no average consumer can recognize the differences between a small- to medium-sized local farm’s brands and those belonging to big players who dominate every shelf in the state. Those who favor small-batch, local produce cannot shop accordingly. If you were to visit all the licensed farmers in the United States and ask each whether they were growing craft cannabis, the answer likely would be a definitive yes. The distinction eventually will become clearer, and consumers will recognize brands they can get anywhere. They’ll say, “Let’s try something new tonight, sweetie. This one’s from Santa Cruz,” or, to the point of this column, “We’ve never smoked this strain before. I wonder what it’s like.”

Some folks may not see this point, since all weed is new and exciting to many. That’s okay, but there’s a time in the life of any cannabis consumer when the same ol’ weed just doesn’t do it. Having had a relatively normal interest in cannabis in high school and college, I eventually traveled the country and landed in Humboldt County, California, where I was exposed to wondrous weed of all types, more than I ever dreamed existed. I quickly became a breeder and founded the company I still run with my business partner, Benjamin Lind, and a slew of great individuals, including my lovely daughter. For years, while cannabis breeding was illegal, I spent time at the forefront of the world’s largest river restoration effort, doing fisheries biology with nonprofits. Along with grassroots social and environmental justice, I focused on genomics studies intended to restore a certain salmon I had hypothesized was the type to repopulate our river after we finished the massive Klamath dam removal project. This is where I learned about diversity. The geneticists that got the salmon studies I had initiated into publications like Science and Proceedings of the National Academy of Sciences are still working with us at Humboldt Seed Company. Diversity in cannabis will continue to be a significant portion of farm planning.

Even the medical sector of cannabis diversity will play a significant role in creating the entourage effect necessary for cannabinoids to effectively play the role of painkiller, sleep aide, appetite stimulator, or anti-inflammatory for patients. With full-spectrum cannabis, the interaction between terpenes, canna-flavins, cannabinoids, and the hundreds of other compounds making up this complex species are deeply entwined in human evolution. I won’t even begin to describe the diverse recreational effects of weed. These effects also don’t have to be mutually exclusive when breeding for entourage effect, which is notable because it means there is no such thing as a tolerance when diversity is utilized.

Medicine generally does not benefit from an ability to offer patients the same relief they receive the first time they pop a pill after they’ve built up tolerance to a drug, whereas cannabis can have seemingly endless pathways of effectiveness. Imagine breeding hundreds of new types of cannabis every year and still finding new magical types with surprising effects that are in no way linked simply to THC test results. We haven’t even begun to explore the full potential of this species to interact with our bodies. Once dismissed by lawmakers as a recreational drug, cannabis now is showing real medical potential, especially when it comes to helping patients ease pain.

New research published in the journal Phytochemistry suggests this ability comes from some of the lesser-known chemicals in cannabis and has great potential to form the basis for non-addictive pain relievers of the future. For instance, cannflavins A and B are prenylated flavonoids unique to Cannabis sativa. Cannflavins exhibit anti-inflammatory activity thirty times that of aspirin. Scientists never could have discovered these compounds without “researching” different types of cannabis.

Humans like having choices, and if those choices actually get us high in a new way every time we try one of the incredibly diverse types of cannabis, allowing us temporary relief from the stress of life, that’s likely to be a pretty attractive proposition to the masses when compared to buying the same pre-roll joint every night.

Now that we have established cannabis is a different beast when it comes to scalability versus supply and demand related to the aforementioned issues with mono-cropping a strain, how can medium and small cannabis operations distinguish themselves? One answer I believe has a lot of potential is to develop working relationships with professional, like-minded craft cannabis breeding companies.

What is a craft cannabis breeding company? There are literally thousands of them in the cannabis space. In fact, cannabis is probably one of the most bred plants in the world, and for good reason. For 100 years, the species has been illegal in 99 percent of the world. This phenomenon, fueled by misplaced reefer madness propaganda, has led to cannabis’s more recent evolution in a way that lacked the intervention of modern or traditional breeding practices. For a cannabis breeder who values diversity and understands the power of traditional breeding practices and modern marker-assisted breeding, this is a dream come true. Cannabis may be the last opportunity humanity has to develop an agricultural industry in a truly sustainable way.

We still can learn from the mistakes that led to consolidated power and environmental destruction intertwined with mono-cropping and the loss of the American family farm. If we engage consumers in the creation stories of our genetics, they will get excited for the next available genetic! Nobody wants to smoke “Roundup Ready” cannabis, and even though it’s likely genomics will play a big role in cannabis breeding, we do not need to engineer cannabis immediately. There’s much work that should be done before anyone invests in clustered regularly interspaced short palindromic repeats (CRISPR) or GMO.

The plant is evolving at light speed, and the real breeding being done by the creative army of craft breeders is fueling an amazing economy. The garage breeders commonly discounted by big ag have managed to craft more influence than the might of the Canadian Stock Exchange. No other plant has been so loved by modern culture, and what better way is there to get intimate with the species than sampling its fruit?

Cannabis consumers will continue to want diversity, and legalization is direct evidence of that. In California, for example, a state that undeniably drives pop culture, OG Kush is no longer the state flower. Farmers need to work together to make sure they aren’t growing too much of any set of genetics. This is leading to increased amateur breeding. There’s nothing wrong with that for personal gardeners, but we suggest farms not rely on untested genetics. For the true craft cannabis cultivator, genetics are one of the most important components of their grow. Craft cultivators will benefit from developing a relationship with an established breeder who can help them keep their SKUs fresh.

Every year, Humboldt Seed Company grapples with tough decisions regarding decommissioning older genetic lines before settling on our upcoming annual seed and clone catalog when, in November, some farmer calls saying all they want to grow is our Trainwreck seed line, a strain we’ve almost discontinued but never have because of popular demand. As a craft cannabis farmer, you’ve got to follow your heart. If you don’t love smoking your cannabis, nobody else will. So, grow your favorite strain and, most of all, have fun on the farm! 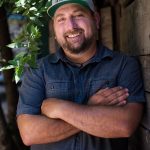 Nathaniel Pennington, founder and chief executive officer at Humboldt Seed Company, has been breeding cannabis for more than twenty years. He believes creative breeding is the way forward for craft farmers and is passionate about ensuring cannabis remains a plant for the people and not a corporate commodity.

How to Build Better Budtender-Brand Relationships for Long-Term Success

Opinion: Are Republicans Emerging as Leaders in Cannabis Legislation?