WASHINGTON, D.C. – On Friday, the United States Drug Enforcement Administration is expected to issue a final order placing Epidiolex on Schedule V of the Controlled Substances Act, following FDA’s approval of Epidiolex in June. However, in scheduling Epidiolex, the DEA’s order over-broadly references not only Epidiolex but also any other cannabidiol (CBD) product “derived from cannabis.” Yet again, DEA fails to distinguish such products derived from lawful hemp as exempt from DEA’s authority and the CSA.

To be clear, provisions in the Agricultural Act of 2014 (the “Farm Bill”) authorize the cultivation of industrial hemp, and corresponding budgetary legislation protects the transport, processing, sale, and use of all parts of that hemp across state lines. To this end, the Ninth Circuit Court of Appeals in April confirmed in its HIA v. DEA III decision Farm Bill hemp is not to be treated as a controlled substance because the Farm Bill preempts the Controlled Substances Act. DEA even admitted in the case and its own subsequent directive that cannabinoids themselves are not controlled substances.

While the agency’s handling of Epidiolex was expected, DEA’s seeming disregard for the law, court orders, and its own admissions as to the lawfulness of hemp continues to occur.

Friday’s expected action further underscores the importance, perhaps now more than ever before, of Congress working through its differences and enacting the 2018 version of the Farm Bill, despite suggestions this week those efforts may be delayed until after the November mid-term elections. Hemp will be fully protected in the 2018 Farm Bill, but the timing of passage is vitally important. 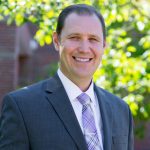 Robert T. Hoban is managing partner at Hoban Law Group. Founded in 2008, the firm is a leading international law firm specializing in cannabis, CBD, and hemp law and policy. Headquartered in Denver, the Hoban Law Group offers legal and business counsel across the United States.