For the past four months, I have been traveling up and down the state of California talking to dispensary owners, budtenders, and the public about cannabis and sleep. dreamt, the brand I founded and for which I serve as chief scientific officer, uses cannabis and other active ingredients to help people sleep, and our onboarding for new stores involves me giving an in-depth, hour-long cannabis and sleep science presentation.

One of the biggest myths I consistently encounter is “CBN is a strong sedative or potent sleep inducer.” While this information is widespread across the cannabis industry, it just isn’t true.

Let me unpack the existing scientific research into CBN and its effects and attempt to clear up some of the scientific hearsay that unfortunately still exists in our industry.

Cannabinol (CBN) is a cannabinoid produced from the degradation of tetrahydrocannabinol (THC). Decomposition occurs when THC is exposed to air, heat, light, or acids. CBN is a much less potent cannabinoid than THC; some researchers report CBN has similar effects to those produced by THC although between four and ten times weaker.

One of the first studies comparing the effects of CBN and d9-THC noted THC induced sleep and sedative effects in mice at safe doses, but CBN induced these effects only at doses high enough to be lethal. Sleep-inducing effects occurred, but only at doses that killed the mice.

Is CBN weaker, or does it have no effect at all?

In another study, conducted at Kyushu University in Japan, researchers demonstrated the dose of CBN needed to produce sleep effects such as analgesia (pain relief) and stupor is 8.7 times higher than the dose of d9-THC required to do the same. This means patients would need almost nine times more CBN than THC to get the same sleep effect.

A study of cannabis and sleep with healthy volunteers in California used oral doses of 20mg d9-THC combined with a either placebo or 40mg of CBN. The combination of THC with CBN produced no detectable changes in the quality, intensity, or duration of the effects of THC alone. In other words, the addition of an entire 40mg of CBN did nothing to improve sleep in the subjects.

Studies in clinical pharmacology showed even at high oral doses (1200mg) of CBN, the most common effects of d9-THC—like analgesia and catalepsy (loss of motion and sensitivity)—were not induced by CBN despite the substances’ similar structures.

Why is CBN almost inactive despite its similar molecular structure to THC?

The primary function of CB1 receptors is to inhibit neurotransmitter release. This means CB1 can regulate body restlessness and deep sleep. The effects of exogenous cannabinoids, such as d9-THC, depend on how many cannabinoid molecules bind to the receptor as well as the type of endocannabinoid binding to the receptor. CB1 cannabinoid receptors are important for the regulation of movement, sensory learning, analgesia, anxiety, and appetite behaviors, among other effects.

Moreover, the cannabinoid system exerts a control function over the immune system. Activation of CB2 receptors enhances migration and adhesion of immune cells, decreases the release of proinflammatory cytokines, and induces apoptosis in dendritic cells. This means molecules that bind to CB2 receptors efficiently, like CBN, may improve immune system functions and the body’s ability to attack infections, and may play a big role in immunity in general.

CBN is a product of degraded THC that produces similar but much weaker effects (and possibly no psychoactive effects at all). The effects are so weak that researchers still debate whether CBN is a weaker version of THC or if it has any sleep effects whatsoever. The lack of activity could be due to CBN’s very weak interaction with CB1 receptors, and therefore it fails to have significant effects on sleep, pain relief, or relaxation. However, studies also have shown CBN interacts strongly with CB2 receptors, indicating a possible impact on the immune system.

For the benefit of consumers, it’s important to provide accurate information with scientific data about CBN and other cannabinoids. Conditions like sleeplessness are very serious and can negatively impact many areas of a person’s physical and mental health. When companies keep the public informed with correct information, those looking to use cannabis to treat their sleep-related issues can make better and more informed decisions. 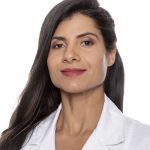 Carolina Vazquez Mitchell is the creator of dreamt, the cannabis sleep aid Vice called “one of the year’s most helpful innovations.” She created the formula to treat her own insomnia during her chemistry PhD studies at University of Southern California. Vazquez Mitchell has developed more than fifty cannabis products, ran a cannabis testing lab, and was named one of Dope Magazine’s Outstanding Women in Cannabis.