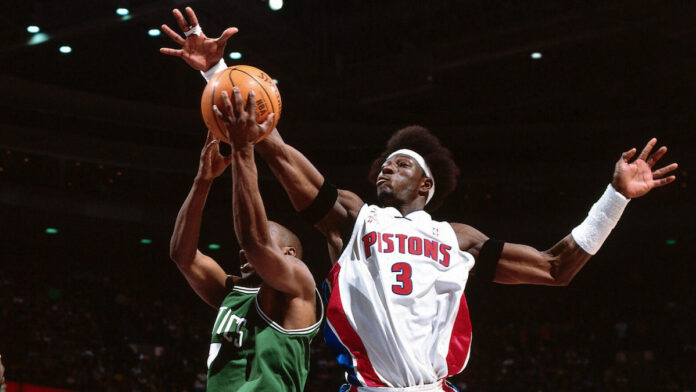 DETROIT — Ben Wallace, NBA Hall of Fame player and Detroit Pistons’ legend, officially unveiled Undrafted®—a new brand of cannabis products, strain and merchandise with Jackson-based Rair. Through an exclusive licensing agreement with the company, Wallace will develop his own line of cannabis products, including cannabis flower, pre-rolls and vape cartridges–with many other future products to be announced.

Undrafted® is a nod to Wallace’s unique distinction as the first undrafted NBA player inducted into the Basketball Hall of Fame. “Our partnership with Rair formed so organically,” said Wallace. “I believe the marriage between our two brands automatically sets us apart from any other cannabis line out there. Rair products are of the highest quality, and I’m excited to partner with them on Undrafted, as I’m confident the brand will be nothing short of exceptional.”

Rair has four dispensary locations around the state—with a fifth location opening in Kalamazoo on 4/20—and is the only Michigan cannabis company to grow aeroponically, which is a method of growing plants in an air or mist environment as opposed to in soil or an aggregate medium. Aeroponic farming uses fewer resources, but yields faster growth, healthier plants and bigger harvests. It also drastically reduces the chance of contamination while allowing for real-time grow recipe adjustments.

“Our partnership with Ben so far has been truly incredible,” said Kevin McFadden, CEO of Rair. “It is Rair’s first time collaborating with an external vendor, and we could not have asked for a more dedicated partner to align with on our first go around. Ben’s work ethic and commitment to excellence aligns with our promise to deliver the best cannabis products and experience possible to the patients and recreational customers in Michigan.”

Wallace continued, “Cannabis has helped me safely relieve the aches and pains and different stressors that have built up from the many years as an athlete. There’s no denying that marijuana has a healing upside for athletes or anyone struggling with pain—so alongside launching the Undrafted brand, the Rair team and I will continue to push to end this stigma associated with cannabis use.”

Detroit-based advertising agency, Atomic Honey, represents both Rair and Ben Wallace and developed the logo and packaging design for Undrafted.

Founded in Jackson in 2019, Rair uses cutting edge aeroponic technology and agricultural automation to bridge the gap between commercial and small batch cannabis flower. The company’s process reduces the chance of contamination and allows for real-time recipe adjustments. Rair offers a large variety of cannabis products including flower, pre-rolls, edibles, vape cartridges and concentrates, online and at four locations across Michigan.

The company is focused on advancing gender and racial equity throughout the cannabis industry, with three women running Rair’s operations. Rair is also committed to environmental sustainability. They operate a state-of-the-art growing facility that reclaims 90% of its water, use energy efficient equipment throughout, and use recycled plastics taken from the oceans in their packaging. Learn more at RairCo.com.

Ben Wallace is a former NBA player and NBA Hall of Fame inductee. After playing for Virginia Union University, Wallace went undrafted in the 1996 draft and signed a free agent contract with the Washington Bullets, until he was traded to the Orlando Magic for the 1999 season.

From 2000-2005 and again in 2009-2012, Wallace played for the Detroit Pistons. He was a driving force on the 2004 Championship team, which cemented his dominance as a defensive player and future hall of famer. He would retire from the Pistons in 2012.

In September 2021, Ben Wallace was inducted into the Hall of Fame. He is the only undrafted player in NBA history to make it to the Hall of Fame and is widely regarded as one of the greatest defensive players ever – drafted or undrafted.