As early as the late 1980s, tobacco companies explored alternatives to the traditional combustion methods of tobacco consumption. Before even the first e-cigarette was developed or the first bottle of vape juice synthesized, Big Tobacco endeavored to develop heat-not-burn technology.

The idea behind the technology is this: Heating tobacco at a lower temperature than traditional flammable combustion (i.e., smoking) produces less smoke and fewer harmful carcinogens, presumably leading to fewer health risks for smokers.

Historically, cigarette consumers haven’t given heat-not-burn products the warmest reception. Early prototypes like R. J. Reynolds’ Premier went up in smoke due to poor reviews during market tests and complications with the U.S. Food and Drug Administration. However, the early prototype does not compare to the latest innovations within the space. Premier was difficult to use and tasted horrible. Critics compared the design’s aesthetics to a crack pipe.

Now, with conventional cigarette smoking on the decline and vaping receiving a somewhat cooler response due to vaping-related lung illnesses and the coronavirus pandemic, heat-not-burn technology looks more promising than all other smokeables and inhalables. Tobacco giant Philip Morris, in particular, has begun championing new heat-not-burn products as the company envisions a future in which traditional cigarettes are obsolete. As a result, the global heat-not-burn market has grown at a rapid pace and is expected to see further exponential growth over the next seven years. After Phillip Morris introduced its product in 2014, 8.8 million of 12 million users claimed to have switched from cigarettes to the smoking alternative.

While heat-not-burn technology originally may have been developed as a pivot for the tobacco industry, it could become the next big thing in cannabis. Heat-not-burn can provide discreet, smokeless, metered dosing, which is sought-after by cannabis consumers.

Heat-not-burn tobacco is by no means a completely risk-free alternative to smoking. However, the FDA has deemed Philip Morris’s heat-not-burn product a modified-risk tobacco product, making it the second ever to receive such status. The FDA made its decision based upon research suggesting heat-not-burn products can significantly reduce the amount of carcinogens absorbed by users. Burning any plant matter releases carcinogens, but by circumventing the combustion process many of the carcinogens can be avoided. Using computer models, researchers determined that people who use heat-not-burn products may be as much as ten times less likely to develop cancer than people who smoke conventional cigarettes.

Despite all the novel cannabis consumption methods we’ve seen over the past few decades, inhalation remains the most efficient way of delivering cannabis to the human body. Inhalation offers better bioavailability, faster biodelivery, and, let’s face it, people enjoy smoking cannabis. By adapting heat-not-burn technology for bud, the cannabis industry can create a safer, more natural alternative to smoking that isn’t reliant on the potentially dangerous chemicals found in vape liquid.

The future of heat-not-burn

As heat-not-burn products become more ubiquitous in the tobacco sphere, one reasonably could assume the market for heat-not-burn products designed for cannabis use will grow in tandem. Companies like E1011 Labs already are perfectly poised to take advantage of growing markets. Having developed the Elon, a sleek, buttonless, pocket-friendly heat-not-burn device, E1011 Labs is trailblazing the expansion of this technology within the cannabis space. The device pairs with planet-friendly paper cartridges filled with hemp flower called Stems, which allow for an easy, on-the-go flower experience without the harms associated with combustion.

The design of these innovative products is a far cry from the initial prototypes within the tobacco industry and certainly foreshadows the imminent expansion of heat-not-burn products within the cannabis industry. 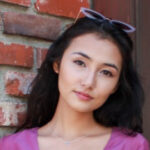 Mackenzie Whalen is a founding member and marketing director at E1011 Labs, a company on a mission to provide safe, affordable, and convenient access to cannabinoid wellness. Her approach to marketing is founded on providing help, not hype. With a deep passion for the cannabis industry and an international background, it is her dream to normalize the usage of cannabinoids within every society, culture, and institution. 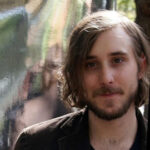 Vinnie Sarrocco is a poet, raconteur, cannabis advocate, and freelance writer in Seattle. Writing for a multitude of cannabis publications, he covers breaking stories and conducts thought leadership within the industry. He is the author of the collections Poems for the Garbage Man [Chatwin Books, 2019] and The Moon as Understood by Skyscrapers [Chatwin Books, 2020].