With the start of 2020 comes a host of new legislation aimed at the Colorado cannabis industry. The state continues to be a preeminent market; in 2019, its revenues were second highest in the nation at $1.6 billion, according to data firm BDS Analytics.

Four important new bills each affect a different aspect of the sector; together they will lead to opportunities for retailers, manufacturers, and growers in the state to increase revenues and engage on the national level.

Likely to be the most impactful of the group, the Pubco Bill (HB 1090) opens the door for out-of-state investors—publicly traded companies, private equity firms, venture capitalists, and other sources of capital—to invest in Colorado’s cannabis industry. It also raises the threshold for what’s considered “passive ownership” from 5 percent to 10 percent, which allows more investors to be involved without having to undergo a background check.

Thanks to this bill, large Colorado cannabis companies will be able to raise significantly more capital from outside sources, allowing them to expand into other states and considerably scale operations. The big names in Colorado—LivWell, Native Roots, Green Solution, The Clinic, Light Shade—will be particularly attractive to investors because they became profitable early in the game by exercising true business fundamentals and learning how to operate successfully when they were lean. This is in stark contrast to many California-based cannabis companies that raised millions of dollars but quickly burned through cash by spending their capital on branding and gaining market share. Many of those companies now struggle to the point of becoming distressed assets and have spooked investors. In fact, with outside capital, Colorado’s big players are going to be well positioned to scoop up California’s distressed assets and turn those businesses around.

Colorado already has experienced a drop in opioid use since cannabis legalization.

HB 1090 also strategically positions Colorado cannabusinesses in an advantageous mergers-and-acquisitions position. Investors are wary after the Canadian market’s correction and the losses in California. With Colorado’s stronger financial performance, we are likely to see more multi-state operators and megamergers arising. We’ve already seen a major step in that direction with the November 2019 acquisition of Colorado’s The Green Solution—one of the first recreational marijuana dispensaries to open after legalization—by New York-based Columbia Care, a medical marijuana operation, for $140 million. More acquisitions are projected to take place in the coming few years.

The second bill that takes the Colorado cannabis industry forward addresses social cannabis consumption (HB 1230). Under this bill, consumption will be allowed at licensed venues such as dispensaries, music venues, hotels, and restaurants. However, two major caveats make this development somewhat more conservative than it sounds: First, local governments will need to approve social consumption in their jurisdictions, and it is unclear how many will; second, a venue licensed for cannabis consumption is prohibited from selling alcohol, which means you won’t see someone at a bar smoking a joint anytime soon. The liquor lobby is very strong, and alcohol is more profitable than cannabis, which means very few existing venues are likely to flip and choose to be cannabis-only at the expense of their steady, predictable liquor sales. Cannabis businesses will need to work with the liquor lobby in order to implement any substantial changes to this aspect of the law.

Next, HB 1234 allows delivery of cannabis, which previously was illegal in Colorado. Medical cannabis delivery will begin in 2020, and recreational delivery will start in 2021. The long-term goal is for delivery platforms like Eaze to move into the state, allowing consumers to order cannabis the same way they order takeout. However, as with social consumption, local governments need to approve delivery in their jurisdictions. To make things more challenging, governments also will need to navigate the legal logistics of crossing county and city lines. In each region, local ordinances will have to be passed that specifically allow delivery. Those jurisdictions that want to prohibit delivery likely will do so immediately, like Pueblo, which already has come forward in opposition. Those that may allow it most likely will take action by spring or summer. It’s more likely bigger cities will go first in allowing deliveries, as there is more likely to be financial benefit in densely populated areas.

Finally, SB 13 makes it legal—at long last—for doctors to recommend medical cannabis instead of prescription painkillers. The tragic aftermath of the opioid epidemic makes this a welcome decision for both patients and their doctors, many of whom have been quietly recommending medical cannabis as a safer and less addictive course of treatment. This bill will make medical cannabis more accessible to all state residents, as local governments will not have the power to prohibit the practice. Colorado already has experienced a drop in opioid use since cannabis legalization, and this change hopefully will highlight the need for comprehensive cannabis medical research.

From a big-picture perspective, the Pubco bill most likely will have the greatest impact.

It is thrilling to see concrete, positive legislative developments in Colorado. An unprecedented number of cannabis reform bills passed last year will drive new growth and optimize activities for local businesses and consumers. Although much of the implementation may get caught up in arbitrary approvals from local governments, these bills will result in significant long-term rewards for the Colorado market. From a big-picture perspective, the Pubco bill most likely will have the greatest impact, as it opens Colorado’s cannabis economy to the rest of the country, strengthening local businesses with a potential influx of cash. Local delivery and social consumption are very practical next steps, but their timing, scope, and success will depend on how they are implemented and how customers respond. Cannabis as an opioid alternative? A long-awaited game-changer for the chronically ill, and an opportunity to open a national dialogue in the medical community. 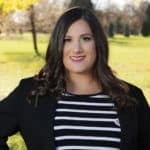 Amanda Ostrowitz is founder and chief executive officer at CannaRegs, a web-based subscription service that provides cannabis-related rules and regulations from state, county, municipal, and federal sources. Previously, she was a regulatory attorney specializing in cannabis regulations and banking laws.