This past November 30, the California Democratic Party passed an unprecedented resolution titled “Oppose Bans and Call for the Implementation of Regulations as Permitted Under State Law which Allow for the Cultivation, Manufacture and Sales of Cannabis.” In this resolution, the party chastises municipalities that have not enacted regulations and both calls for municipalities to do so and citizens to “partner with local government officials” to effect the changes.

First: Yes, it’s that bad. Out of 540 municipalities in California, fewer than 100 are providing permits, and only about 100 other municipalities are publicly discussing the process, which often leads only to language preventing regulations. Unfortunately, the regulations being adopted often support the illicit market as much as a regulated, compliant industry. In many ways, this problem has been caused by the politicking it took to get the state regulations passed. The state passed the buck to the municipalities in order to avoid their opposition, but the municipalities aren’t set up to handle a situation like this.

Most municipal staff and elected officials are involved out of a sense of public service and making a positive difference. Handling all the issues and emotions on a range of interconnected topics is a challenging job. Further, local politics tend to be defensive, meant to keep problems away, versus proactively solving unaddressed issues. Elected officials often perform unpaid, part-time roles that don’t allow building personal expertise on every topic before them. A part-time elected official may find it difficult to fight professional opinions on cannabis issues given by the city attorney, police chief, fire chief, city manager, etc. if the industry is not supporting the official with accurate information and examples of good policy.

So, the Democratic Party is certainly right: There is not enough public involvement in educating local officials about the realities of our industry.

We would argue, though, the scale of the problem goes beyond a lack of effective education. The real problem is twofold. Key local constituents have not been engaged in the process, and there has been no consequence for voting against the industry. There won’t be a change in politics until we gain the support of key local voters and put forward and elect opposition candidates who support the industry. The reality is, there isn’t a single California municipality that has gotten cannabis regulation completely right. Looking at what the municipalities with regulations are doing wrong, we see three common issues: scarcity, uncertainty, and placing the costs of fixing long-standing and often unrelated problems within those municipalities on licensees.

Most municipalities are afraid having a large number of cannabis businesses. Many local governments are barely fulfilling their existing regulatory enforcement responsibilities, so the additional requirements of supervising cannabis operations is daunting. Others fear increased lease rates will displace existing high-wage, politically supportive employers. Even greater problems arise when, instead of regulating and imposing safe operational practices based on existing precedent, governments choose to block cannabis businesses entirely. The will of the voters seems clear: California citizens have supported the industry at the ballot box and the cash register. You can’t impose scarcity and then complain about high prices and a thriving illicit market.

Many application processes create uncertainty, thus driving away reasonable investment and reducing innovation. Municipal officials without an understanding of market fundamentals acting on behalf of anti-cannabis interests are creating an environment that can seem even worse than prohibition. Operating restrictions, inspections, zoning, and natural market forces will achieve the moderately sized market officials seek more efficiently with a better result for consumers and regulators—especially compared to awkward attempts at dictating how many licenses should be issued and to whom through a complex point system, lottery, or scrum to be first in line at the licensing window.

Imagine if homebuilders had to deal with the same gauntlet. How many homes would be built if developers didn’t find out whether they could build on a site until after buying the land? It wouldn’t surprise anyone to see the price of homes spike with a simultaneous drop in quality. Who could expect any small businesses to survive in that environment or make any serious investment in growth?

Let’s look at Los Angeles for an example of regulations that are driving up prices, stoking an illicit market, and dis-incentivizing both quality and innovation. City regulators started out applying the zoning code prudently and requiring supply-chain businesses locate in industrial and manufacturing zones—away from residents. Unfortunately, they reversed course and established illicit market incentives by imposing unconscionably low caps on the number of licenses based mainly on population figures. In effect, cannabis businesses are sent to an unpopulated area and then punished for the lack of population. There’s perhaps no better analogy for the frustration and impressions of malfeasance many in the California industry have toward local governments.

L.A. officials know there are an estimated 7,000 cannabis businesses within the city, and they have limited licenses to fewer than 3,000. How can they fail to recognize this only serves to support an illicit marketplace?

But L.A. didn’t stop there. Officials also applied a concentration review and neighborhood hearing to the approval process, and they set a first-come, first-considered application process. So, you may ask: Even if you are the first at City Hall the minute the application is available and you’ve put together a best-in-class application, you still aren’t assured of getting a license? We won’t know until we actually see some businesses go through the process—which, of course, will mean it’s too late because all the license spots almost certainly will be filled. All of this leaves us wondering how a small business can survive, much less attract reasonable investment.

The most worrying theme, though, is the disingenuous social equity program. I am—we all should be—a passionate supporter of social justice, community empowerment, and improvement efforts in neighborhoods distressed by historic racial injustices and other bias.

It appears, however, social equity schemes are a red herring meant to create re-election talking points, not help affected communities. Yes, these communities should be able to participate in the potential success of an industry for which they’ve disproportionately been incarcerated, but reasonable public policy goals would be improving the job and educational prospects while increasing infrastructure investment in a neighborhood. Are a small number of successful entrepreneurs going to share their profits with the community and somehow make up for the municipality’s continued neglect of job creation, education, infrastructure, prosecutorial abuses, and lack of voice in the civic discourse? The irony and audacity of saddling the very businesses the political system used to harm these communities with the cost of making an impotent attempt at reparations is truly impressive.

Do anti-small-business and pro-illicit-market policies arise from a lack of practical business experience or the support of wealthy donors who like high-cost barriers to entry? Perhaps, but local government typically addresses only a few major issues: public safety, sanitation, and avoiding development that inconveniences residents with traffic. While we like to believe elected officials are acting only with the best of intentions, the fact remains that the vast majority of local public servants are ill-equipped to handle large-scale economic transformation and social change.

The key takeaway: They need our help. 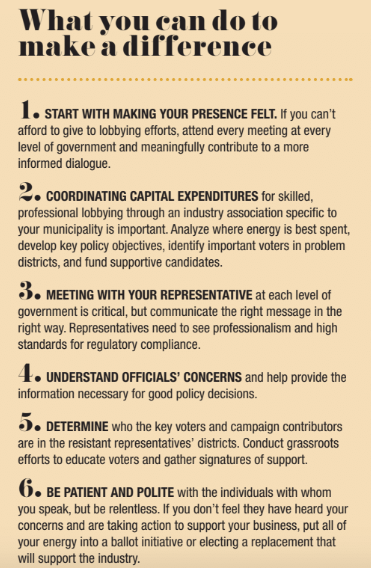 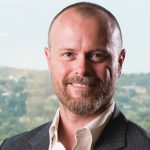 John Rozella is a managing director of Frontera Growth, the growth strategy arm of the association of Frontera companies. The company helps cannabis businesses develop a municipal strategy and secure compliant real estate, as well as oversees applications for licensure. Rozelle, who frequently partners on commercial real estate investments for the industry, has spent twenty years executing strategic plans for both real estate developments and operating companies.