Cannabis laws moved forward in a herky-jerky fashion during 2018. The year started with California’s recreational market kicking off just as now-former U.S. Attorney General Jeff Sessions rescinded the Cole Memo. By year’s end, the number of states allowing medical and/or recreational cannabis rose to forty-three. In 2019, Democrats will take control of the House of Representatives, and a pending bi-partisan bill may limit federal meddling in states’ cannabis laws. As the U.S. cannabis industry continues its path toward full legalization, our neighbor to the north has a big head start.

In June, senators Cory Gardner (R-Colo.) and Elizabeth Warren (D-Mass.) introduced a bill that would amend the Controlled Substances Act to give each state power to regulate commercial cannabis within its borders. Short of national legalization, this is the best states could hope for. So far, Republican control of the Senate has stalled the bill, but there is hope the situation will change in 2019 given the bill’s bi-partisan support.

Under the act, state-compliant commercial cannabis business operations would not be considered drug trafficking, and assets and profits associated with state-legal operators could not be seized by the Department of Justice. The legislation effectively would eliminate a federal tax code prohibition on deductions taken by cannabis businesses (the Section 280E problem), which is monumentally important to cannabis companies’ bottom lines.

The bill, Strengthening the Tenth Amendment Through Entrusting States Act, is well-supported: Forty-three states already have legalized cannabis in some form, and the bill has been signed by twenty-eight House members and ten senators. President Trump has indicated he “probably” would support it. So, what’s the hang-up? The chairs of the congressional committees who must approve the act before a vote by Congress refused to schedule it for discussion in 2018. Senator Chuck Grassley (R-Iowa) chairs the Senate Judiciary Committee, and Representative Bob Goodlatte (R-Va.) chaired the House Judiciary Committee before he retired in December.

What to look for in 2019: The Democrats retaking the House means the Judiciary Committee will have a Democrat as chair and the STATES Act likely will see a House vote. Whether it can get a vote in the Senate is less clear. Support from more Republican senators certainly will help, and Gardner is poised to lobby.

2018 signaled California’s first year of commercial cannabis legalization, and the world watched intently. Focus on California will continue in 2019. With the largest population in the U.S., the fifth-largest economy in the world, and a thriving black market, many believe California’s outcomes will serve as harbingers for national legalization—for better or worse.

What the world saw in 2018 was not entirely pretty. By early November, the state had issued only one non-temporary license, the cultivation black market remained dominant (an estimated 3 percent of cultivators are licensed), the state’s estimated $3.4 billion in cannabis sales were well below the $5 billion forecasters anticipated, and weaker-than-expected sales undercut tax collection.

Compounding the problem, only 33 percent of the state’s fifty-eight counties and 482 cities allowed commercial cannabis operations by midyear. (Regulated adult use is permitted statewide, but state regulations allow local jurisdictions to decide whether and what to legalize.) The local authorization numbers increased on election day, but even in cannabis-legal jurisdictions agencies have been extraordinarily slow to issue local permits, which is the first step to obtaining a state license.

The combination of limited local commerce and the state’s robust black market is blamed for tax shortfalls, but it’s a chicken-and-egg circumstance. It is widely believed illegal cultivators stay in the shadows due to California’s high tax rates.

What to look for in 2019: The state legislature approved a bill allowing cannabis license applicants one year to operate on a “provisional” license, which wrests some control from local agencies. In addition, state regulations now allow deliveries anywhere in California, effectively permitting at least some cannabis commerce even in jurisdictions that have banned it. And, as the state takes steps to reduce local slowdowns, several cities are drafting ordinances that will allow some form of commercial cannabis.

On October 17, 2018, Canada became the second country in the world, after Uruguay, to legalize cannabis for recreational use. This was a huge step toward global acceptance of cannabis and will help provide a workable model for broader legalization. However, changing the law is only the first step. Canada’s thriving black market will place pressure on the government to enforce the rules.

The country’s new recreational market allows consumers to purchase, possess, and share up to thirty grams of cannabis. Notably, edibles can be made only at home, and other manufactured products, such as concentrates, are prohibited. The 330,000 Canadians estimated to use medical cannabis still will be able to access their medicine through Health Canada, the department of the Canadian government responsible for national public health.

Individual provinces and territories control enforcement, including minimum age requirements, personal possession limits, additional restrictions related to residential growing, and the purchase of cannabis products. Currently, Ontario and Nunavut provinces permit only online sales via their government-operated online stores, while other provinces allow private licensed stores, government-operated stores, or both. Quebec’s and Alberta’s legal age of consumption is 18, in-line with their alcohol rules, while 19 is the prevailing legal age in the rest of the country.

While Canada’s legalization is a big step toward global cannabis acceptance, the competition it may represent is discouraging to some U.S. operators who continue to struggle with inconsistent federal policies around banking and taxation and the high cost of state and local compliance. Canadian enterprises are some of the largest and best-capitalized in the world and are positioning themselves for international expansion.

Canada, like most U.S. states that have legalized recreational cannabis, foresees an ongoing battle with a powerful and entrenched black market. Despite that, the country is shaping up to be the global leader in cannabis capital and investments with an estimated 4.9 million Canadian cannabis users and an expected market of $5.6 billion.

What to look for in 2019: The Canadian government expects to implement additional regulations making edibles, concentrates, and other manufactured products available for legal sale by Fall 2019. Also expect consolidation of cannabis companies within Canada and big Canadian players expanding internationally.

The promise of tax revenue derived from cannabis legalization is one of the most effective tools lawmakers have to push state and local legalization efforts forward. Unfortunately, high tax rates have motivated many existing operators to defy new laws and continue their black market operations. By late 2018, some state and local governments were starting to understand onerous tax burdens slow the pace of legalization.

Higher taxes mean higher prices for consumers, which weakens the legal market’s ability to compete with the black market, develop a thriving industry where there was none just a few years prior, and provide the long-promised tax revenue expected by politicians and their constituents.

Each state has taken a slightly different approach to taxing cannabis, ranging from Alaska’s simple and relatively low rate of $50 per ounce paid when cultivators sell product to retailers, to California’s system, which involves a cultivation tax plus a 15-percent excise tax, and Washington’s 37-percent sales tax.

As a rule, a state’s tax rate on cannabis is significantly higher than on other goods. For example, Oregon, which does not impose a general sales tax, collects a 17-percent sales tax on cannabis. State cannabis tax rates do not take into account taxes levied by local governments or Internal Revenue Code Section 280E, which prevents cannabis businesses from writing off business expenses other than cost of goods sold.

What to look for in 2019: State and local governments likely will adjust tax rates and the use of tax dollars in response to a persistent black market. 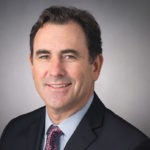 Robert Selna is chair of the cannabis industry practice group at Oakland, California-based Wendel Rosen Black & Dean. His practice is focused on real estate and land use. 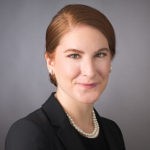 Mia Butera is an attorney at Wendel Rosen Black & Dean specializing in corporate and commercial law for cannabis businesses.