Long before candidate Donald Trump deflected any and all criticism lobbed his way as “fake news”—hell, long before Trump was even a candidate for the American presidency—my colleagues and I noticed an alarming trend sweeping the cannabis media landscape.

Supposed media outlets were publishing news articles that had no basis in reality. While some outlets were copy-catting sites like The Onion, trying their hand (unsuccessfully) at satire, others were working hard to approximate the tone, style, and aesthetics of the mainstream media, a clear attempt to trick readers and spread misinformation.

When I first saw this actual fake news creeping on my beat, cannabis, I actually got angry at the made-up outlet peddling its poorly crafted satire—but also at the hundreds of thousands of people (many of my friends included) sharing the worthless garbage as fact.

Yes, this is a story about the importance of media literacy in the modern cannabis industry. But before I get too deep, here’s how it all unfolded.

In late 2013, I was that newspaper marijuana editor you may have heard about. With the world’s first-ever recreational marijuana sales on the near horizon, my colleagues and I at The Denver Post were working to cover the historic implementation of legal weed at Ground Zero—and we debuted the brand-new news vertical The Cannabist that December, a few days before those sales started.

January 1, 2014, a.k.a. Day No. 1, was the sixteen-hour workday blur you would have expected it to be. I woke early and worked from home, updating The Cannabist with the latest news from the night before. I met the film crew that would follow my team for the next year for a quick interview. Then, with camera in tow, they followed me from dispensary to dispensary where I interviewed excited consumers waiting in line—and where I was interviewed by ABC News and other national outlets that had traveled to Denver to document the historic day.

After a long day in the newsroom and a working dinner at home, my head hit the pillow and I was back at it a few hours later on January 2. But while most of the world was talking about the end of prohibition in Colorado, one viral story appeared under The Daily Currant’s masthead and the headline “Marijuana overdoses kill 37 in Colorado on first day of legalization.”

If you read mg, you already know how ridiculous that is. But this was four and a half years ago, and just think about the story’s target demographic. The idea of legal cannabis was still brand new. The propaganda the American public had been fed was still fresh in many of our minds, and many still looked at pot as a dangerous, even deadly, drug that deserved its designation as a Schedule I substance. Legalization was so new that TV “journalists” were predicting massive legalization-inspired crime waves.

I immediately recognized the story as false. Because I didn’t know the outlet, I clicked through to its About page, which clearly identified The Daily Currant as a satirical publication. I moved on with my day—until I noticed friends and family and hundreds of thousands of others were sharing the story on their social media accounts as if thirty-seven Coloradans had died from cannabis poisoning the previous day.

Even though it was Day No. 2 of legal cannabis sales in the world, I recognized our need to point out the bullshit for what it was. I quickly wrote and posted a factual response to the dumpster-fire of a story, pointing out the many cues readers should have picked up on (including multiple Lost and Breaking Bad references). I tagged my story “fake news” and ended the piece with the following admonition:

“If you read The Daily Currant’s Jan. 2 online story called ‘Marijuana overdoses kill 37 in Colorado on first day of legalization’ and believed it, you are officially not the kind of reader who gets important news from established sources. We’re all too discerning to believe everything we read online. But you read this and didn’t check The Currant’s About page or proven, local-to-Colorado news sources before Facebooking it.

“Next time you see a major piece of news being reported by an unrecognized entity, you might think to question its content before spreading it as fact.”

My primary frustration with the story was the misleading information. So much damage already had been done by government- and media-spread misinformation about marijuana over the previous eight decades, and pieces like this ran counter to my goal of spreading only quality, fact-based information.

More dangerous than this outlet’s misinformation was the public’s willingness to share the baseless story on their social media profiles. Because our media literacy has hardly improved since then, evidenced most obviously by gullible Americans buying into a Russian-engineered effort to help Donald Trump win the American presidency via strategically written fake news articles, my old site’s “fake news” category keeps growing and growing, yielding headlines such as:

“No, Colorado McDonald’s Are Not Converting PlayPlaces into Marijuana Lounges”

“If You Really Believed Colorado KFCs Were Selling Pot, Here’s a Reality Check”

This is why we need to be conscientious about the media we digest and share. Only read, follow, and subscribe to trustworthy outlets, and if you see something salacious or surprising on an unfamiliar site, spend at least thirty seconds on due diligence before sharing or forwarding the article.

Not only is cannabis a fragile, new industry still dealing with countless complex state-versus-federal conflicts, but it’s also a highly regulated and often misunderstood space that fights every day to be treated like more traditional industries. Especially after nearly a century of being lied to about cannabis, the general public deserves a clearer understanding of the marijuana plant, its many benefits, and its actual risks.

Media literacy is not the priority it should be in 2018, but for every individual who chooses to read and share articles from only trustworthy publications, the digital world becomes that much more legitimate, safe, and rooted in reality.

Just think about the alternative, because while most of us would have called BS on the aforementioned article immediately, I’ve overheard a couple people talking seriously about the “Colorado marijuana massacre” article in the past twelve months. Somehow, between Trump and his cannabis-hating Attorney General, the cry of “fake news” has become a lot less enjoyable in recent years.

Have an idea for our national cannabis columnist? Send your thoughts to Ricardo Baca via Twitter @bruvs or via email at [email protected]

Be sure to start your subject line with “My ideas for mg’s national cannabis columnist.” 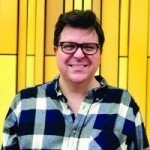 Ricardo Baca  is a veteran journalist, thought leader in the legal cannabis space, and founder of Grasslands: A Journalism-Minded Agency that handles public relations, content marketing, social media, events, and thought leadership for brands and executives in legal cannabis and other industries.