When news of a groundbreaking study of cannabinoids and coronavirus by researchers at two Oregon universities went viral, I was skeptical. After many years in the hemp space, I’ve seen my share of wild claims about cannabis “curing” everything from night blindness to cancer. To be absolutely clear, smoking weed won’t protect against COVID-19. But beyond some misleading headlines, the study actually did produce enormously encouraging findings that could aid the fight against the pandemic. Consumers and industry members alike need to understand the true takeaways, how we can use the study’s findings to prevent more infections globally, and why we must reform the silly Nixon-era laws that make cannabis and hemp research so difficult.

First and most importantly, recreational cannabis use does not lower the risk of contracting COVID-19—and, of course, the authors of the study in question never made that claim. Rather, researchers set out to test the theory that plant-derived molecules could block the SARS-CoV-2 virus from binding to human cells. “We decided to attack the virus at the starting point, where it enters the cell,” Dr. Richard B. van Breemen, a professor of medicinal chemistry at Oregon State University and the study’s leader, told Vice. “We were looking at black cohosh and red clover and licorice, and we added hemp.”

Two compounds found in hemp—cannabidiolic acid (CBDA) and cannabigerolic acid (CBGA)—showed strong ability to bind to the virus’s spike proteins (those nasty-looking barbs seen in every illustration), thus blocking live SARS-CoV-2 virus from entering epithelial cells. Researchers also theorized the compounds might be able to shorten the duration and intensity of infections in patients who contracted the virus.

Now, as cannabis and hemp folks know (or should know), CBDA and CBGA are not smokable or vape-able; they are acidic precursor compounds, the raw forms of better-known compounds like CBD and CBG, which are found in live or raw hemp plants. Combusting, cooking, or vaping the compounds is impossible, as heat converts them into non-acidic compounds. CBDA and CBGA are best consumed orally in a tincture or softgel format. So the next time someone asks whether cannabis stops COVID, inform them initial research indicated cannabigerolic acid and cannabidiolic acid may prevent coronavirus from entering human cells. The truth may not be as exciting as rumors touting cannabis as a miracle cure, but it’s a fantastic discovery nonetheless.

“As a complement to vaccines, small-molecule therapeutic agents are needed to treat or prevent infections … which cause COVID-19,” the study’s authors wrote. Like vaccination, handwashing, masking, and testing, some cannabinoids could add to our arsenal of tools for preventing the contraction and spread of a potentially disabling and deadly disease.

Many questions remain to be answered. Will the same findings the Oregon team observed in the lab occur in the human body? What is the proper dose to protect against infection, and how long would its effectiveness last?

The study’s authors are frank in their conclusion: “With a long history of safe human use, these cannabinoids … have the potential to prevent as well as treat infection by SARS-CoV-2.” Dr. van Breemen told Vice he wants follow-up studies to measure what dosing would be needed to prevent infection. “I think we have a product that should be safe to use eventually,” he said. “I can envision hemp extracts being used to help people stay healthy and help stop them getting sick from COVID.”

While CBDA and CBGA occur in the raw leaves of the hemp plant, a better way to measure dosage would be oral consumption via softgel capsule or tincture. (Gummies aren’t an ideal delivery method, as the heat and spraying processes required to make them could alter the structure of the cannabinoids as well as the dosage). While these products currently are not widely available at scale, manufacturers are racing to come out with new products featuring the compounds. Findings from the study could save lives while also reviving the battered hemp industry, which has been left in limbo by the Food and Drug Administration and forced to endure years of market volatility.

More studies and additional research are necessary, but as the study notes, hemp has “a long history of safe human use.” Personally, I’ll be tracking all the follow-up research closely—but I’ll also seek out a CBDA/CBGA supplement in the meantime for an added ounce of prevention.

That we’re finding out hemp’s potentially protective properties two full years into the pandemic is disgraceful. Because many states have legalized cannabis and the 2018 farm bill legalized hemp, most Americans don’t know research on many of these compounds remains exceptionally difficult and expensive because federal law classifies cannabis alongside heroin and cocaine as a Schedule I drug with no medical use. As one 2017 study by the National Academies of Sciences, Engineering, and Medicine noted, federal law “continues to enforce restrictive policies and regulations on research into the health harms or benefits of cannabis products. … This lack of evidence-based information on the health effects of cannabis and cannabinoids poses a public health risk.”

Here’s just one example of how federal restrictions harm us: Dr. van Breemen found a third compound, tetrahydrocannabinolic acid (THCA), with infection-blocking properties similar to those exhibited by CBDA and CBGA, but he and his team couldn’t test THCA thoroughly because it’s a controlled substance. “We weren’t allowed to purify it and even test it alone because it can be converted to THC,” he told Vice. “There are always legal issues when the federal government makes one rule and the states make another rule.”

Yet another new study, this one by an international research team, indicated CBD “can block SARS-CoV-2 infection at early and even later stages of infection.” Why are we just now hearing about this? We simply have not studied these plant compounds enough because of foolish, outdated regulations.

The pandemic has been a wake-up call on so many fronts. The recent studies should remind us the federal government remains the biggest barrier to research into potentially life-saving plant remedies. This needs to change. As these latest studies show, the humble hemp plant contains countless untapped capabilities that potentially could save lives. 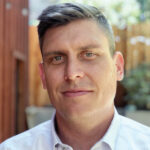 Robert Johnson is chief executive officer at Custom Capsule Consultants, a leading California white-label supplement manufacturer and creator of the CBD is Better product line. He has worked as a consultant, product developer, and consumer trend expert in the hemp, cannabis, and supplement spaces since 2008.