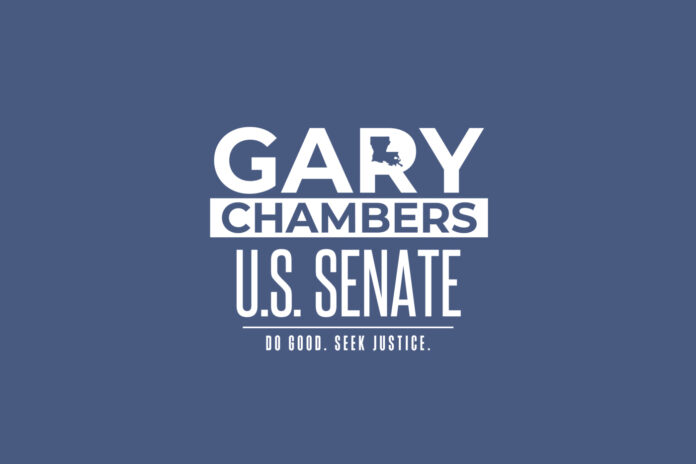 The ad, titled ‘37 Seconds,’ features Chambers smoking a rolled blunt of marijuana as he voices over the alarming statistics on marijuana related arrests and the costs affiliated with enforcing marijuana laws.

The ad was filmed in New Orleans, where the city council recently passed an ordinance intended to effectively remove all the penalties for simple possession of marijuana (including retroactively for 10,000 cases since 2010, and the police department announced it would no longer issue citations.

It was directed and edited by Baton Rouge filmmaker Erwin Marionneaux, and written and produced by United Public Affairs founder and New Orleans resident Erick Sanchez.

THE AD CAN BE SEEN HERE: https://youtu.be/Qj_FD25oREY

“For too long, candidates have used the legalization of marijuana as an empty talking point in order to appeal to progressive voters,” said Gary Chambers, candidate for U.S. Senate. “I hope this ad works to not only destigmatize the use of marijuana, but also forces a new conversation that creates the pathway to legalize this beneficial drug, and forgive those who were arrested due to outdated ideology.”

Chambers supports the bipartisan Harnessing Opportunities by Pursuing Expungement (HOPE) Act, which would help states like Louisiana expunge criminal records for people with convictions for non-violent cannabis offenses. He also supports legislation like the Secure and Fair Enforcement Act, which would have expanded the marijuana industry’s access to financial institutions.

ABOUT GARY CHAMBERS FOR US SENATE

Gary Chambers, a lifelong Louisiana resident and advocate for workers across the state, is a Democrat running for the office of Louisiana Senator to give the people of the state a real voice in the Senate that fights for the change Louisiana needs.