Designed by Harka Architecture and built within the sturdy skeleton of an old Chili’s restaurant in Fairbanks, Alaska, Good Titrations is reimagining cannabis culture and sports bar culture in one go, all while adhering to low-carbon standards that prioritize minimal design, energy efficiency, and all-around preservation.

Cozy and inviting with a charmingly kitschy Alaskan vibe—warm wood, a lodgy feel, and designs that reference rugby culture and gold mining—Good Titrations is aimed at tourists but enjoyed by locals. The multipurpose destination offers visitors a dispensary, a consumption lounge, a grow room, a cafe, and a soon-to-be operational edibles kitchen—all existing copacetically under one roof.

Harka Architecture, based in Portland, Oregon, specializes in designs the team believes will inspire a better world. “We want to uplift projects and ideas and make them better—turn it up to eleven,” said Principal Architect Patrick Donaldson. “And built into that is the idea to always minimize carbon [footprints] as much as we can.

“Operational carbon is the energy that utility brings, and embodied carbon is the amount of energy that goes into making a building,” he continued. “This building already existed as a Chili’s restaurant and, as a result, had quite a bit of embodied carbon built into it. By reutilizing that footprint, we were able to save a new project from being constructed from scratch and instead work off this unique, existing space.”

Good Titrations’ owners—who are among the state’s leading butane concentrate processors—broached the project with Harka in 2016. They wanted to expand their company to include a retail facility that would incorporate an aspect no one in the United States had tackled at that point: onsite consumption.

“The biggest barrier there had to do with secondhand smoke,” Donaldson said. “Most [dispensaries] are in Anchorage, where they’re a little more strict about secondhand smoke. Things are a little looser in Fairbanks, so [regulators] allowed us to provide onsite consumption as long as the smoke was addressed through an HVAC system.”

With the ventilation issue settled, the rest of the design came together quite elegantly, thanks to the building’s former floor plan. “The existing facility had a large kitchen and a big dining area with a bar, lounge space, ample seating, and a roomy waiting area and entrance space,” Donaldson said. “We were trying to figure out how to make the kitchen work for cannabis infusion, which is still in process, and also work in a little show grow for tourists to check out as they pass through. We had this idea that the cafe would look into the show grow and retail section as well, bringing everything together in a cohesive manner.”

Cohesive is an apt descriptor for the way Good Titrations works. Whether consumers stop in for coffee, a product from the retail dispensary, a nosh from the non-infused kitchen, or a little downtime in the consumption lounge, they can move from section to section with ease, purchasing products in multiple places instead of being restricted to one designated spot.

The show grow, which is encased in glass, allows visitors to watch cultivators at work, instilling a sort of farm-to-table experience. “Right away, you walk into the location and see the grow inside the glass display,” Donaldson said. “It’s tinted, and we have shades that can close when the plants are asleep. People can come in and experience this educational aspect, being directly exposed to how plants are grown and cared for.”

Visitors then can move in one of two directions: toward the lounge/kitchen area or the classic retail section. The dispensary floorspace offers Good Titrations concentrate alongside a variety of other featured brands that rotate in sync with consumer interest.

Perhaps the most intriguing aspect of Good Titrations is the consumption lounge. “The idea was to create a space that wasn’t just for consuming cannabis,” Donaldson said. “Let’s face it: How long does it take to smoke a joint or eat an edible? We wanted to create a space people felt comfortable hanging out in—a big living room of sorts. The lounge end has a sports-bar-esque hangout space, and right next to it is a cozier, hunkering-down sort of vibe. From the beginning, we thought about that differentiation depending on what consumers are going for.

“I really love the lounge,” he added. “The design makes you feel like you’re in a camper, with vents sucking air out above the wooden ceiling to help with the noise and smell. It’s just got vintage, kitschy, funky vibes throughout, and really ties everything together.”

Although Good Titrations was designed with the cannabis tourist in mind, Donaldson said the sports bar aspect draws locals, who stop in to consume while watching rugby tournaments, March Madness, and other sporting events. This provides a powerful alternative to the norm: sports bars where people watch games and get increasingly rowdy as their alcohol intake increases. With nothing to consume other than cannabis and non-alcoholic beverages, Good Titrations is quietly redefining how people watch sports, which could have a profound effect on national and even global culture if the idea spreads. 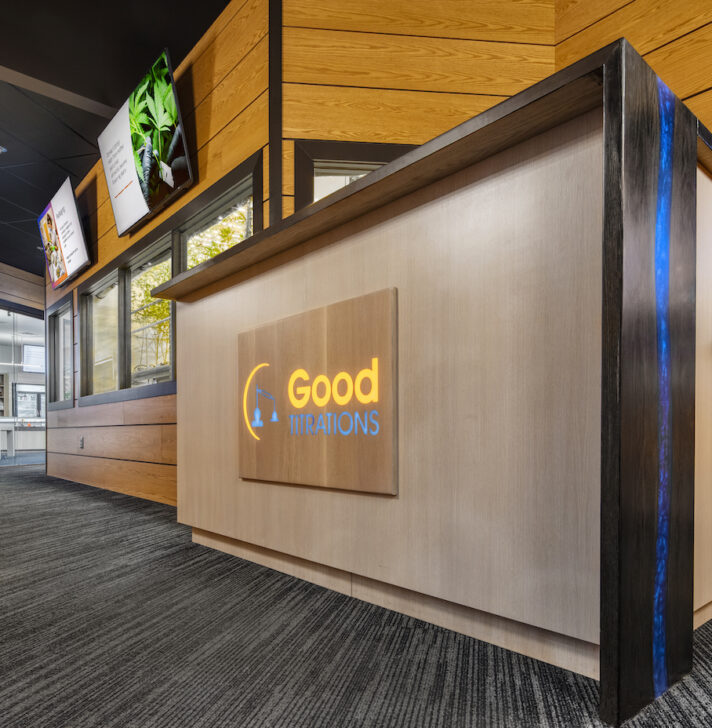 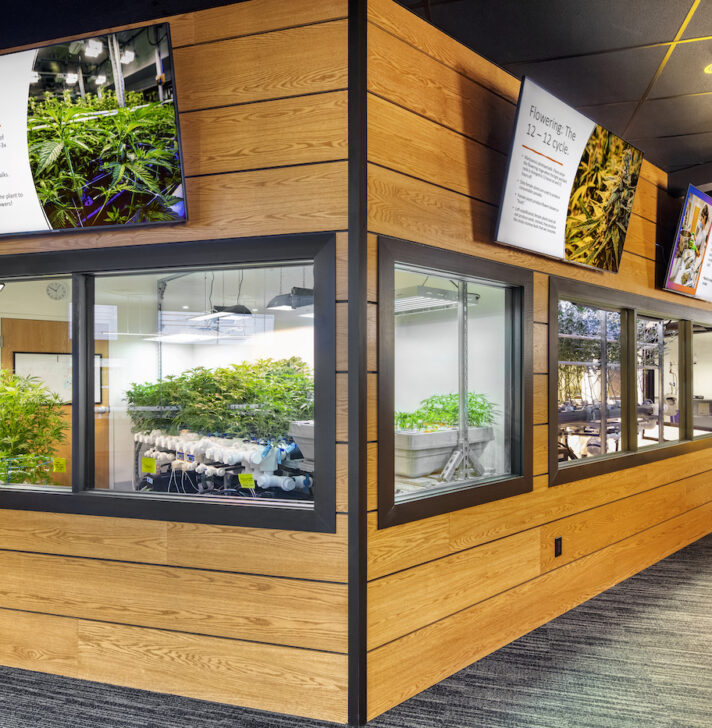 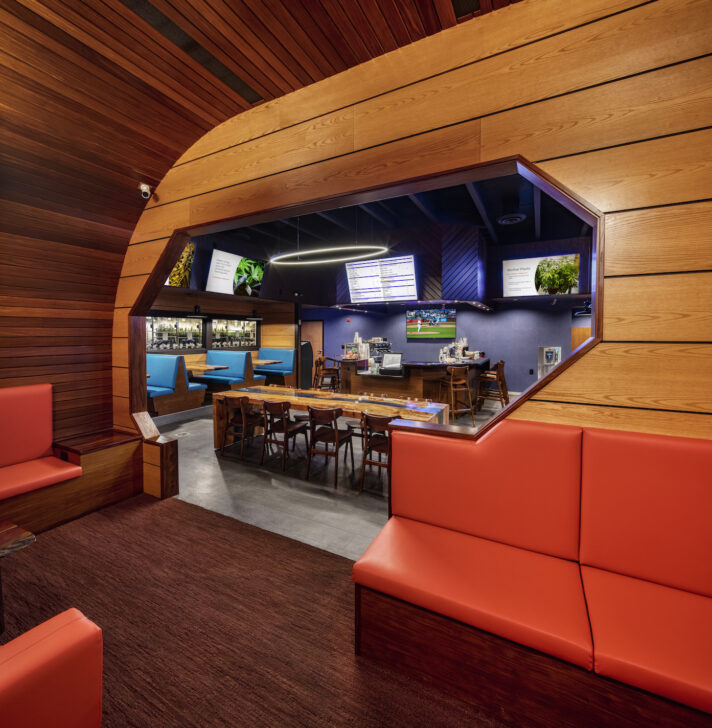 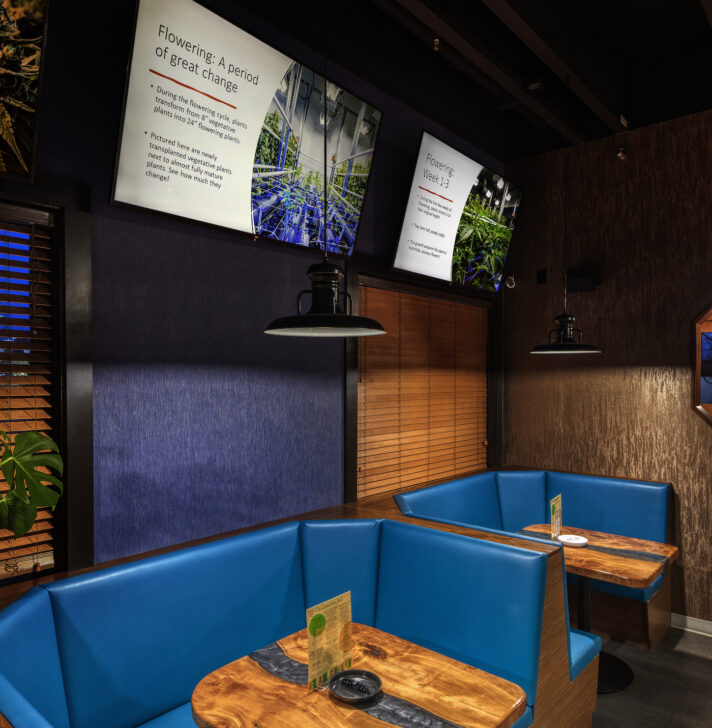 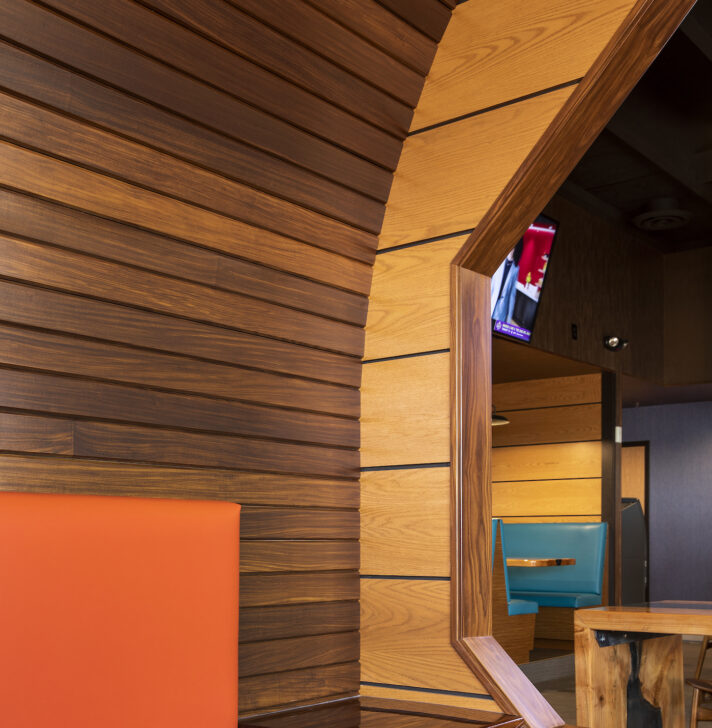 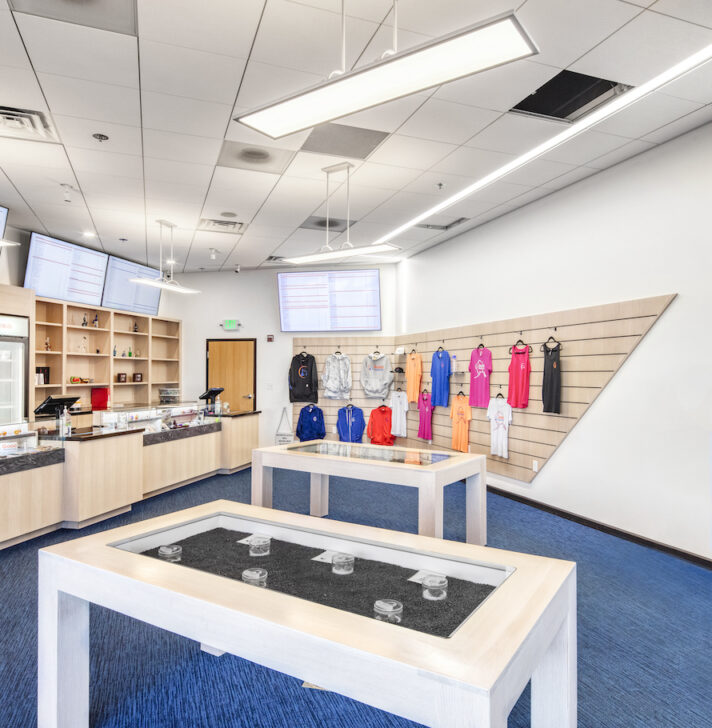 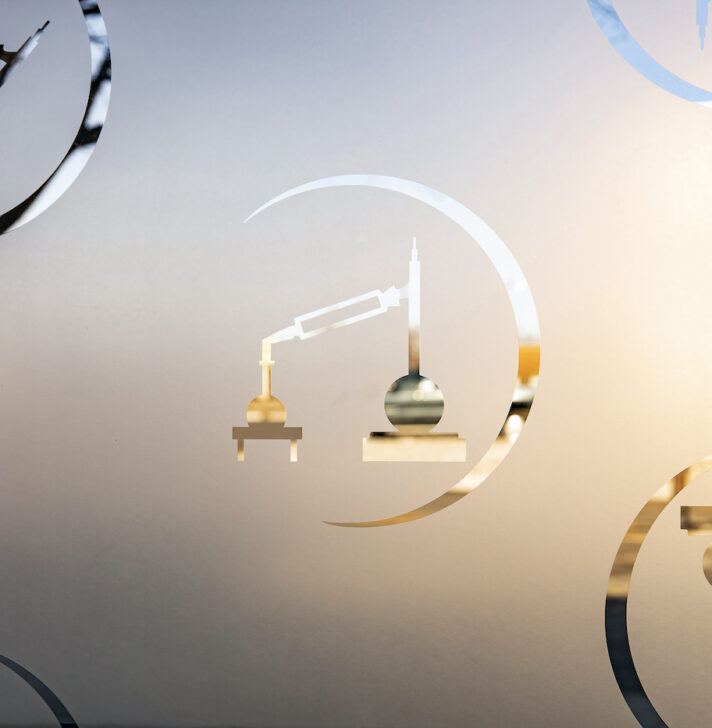