When cannabis is intended for medical use, continual testing and monitoring of products is vital. Tests can help reduce the risk of contamination and improve product quality if growers and dispensaries pay attention to the results.

Typical THC potency ranges from 5 percent to 25 percent in plant materials and edibles, but it can run much higher in concentrated oils. As of now, there are no established standards for chopping samples, homogenizing them, and performing extractions. Therefore, variations in potency levels easily can exceed 20 percent. The two most commonly used testing methods for potency testing employ gas chromatography (GC) and high-performance liquid chromatography (HPLC) machines.

During GC mass spectrometry (GC-MS) and GC flame ionization detector (GC-FID), samples are vaporized under intense heat. This converts any THCA into THC, which labs report as “THC Total.” HPLC is also commonly used to determine the amount of cannabinoids present in a final product. HPLC machines do not require heating, generating a more accurate determination of the amounts of carboxylated or decarboxylated forms present in the sample.

Terpenes are produced in trichomes in the flowers of the plant and are common constituents of cannabis’s distinctive flavor and aroma. Terpenes also act as essential hydrocarbon building blocks, influencing the overall homeopathic and therapeutic effect of the product.

Depending on the age of the plant, climate, weather, and even the time of day when harvested, cannabis may contain more than 120 different terpenes. The characterization of terpenes and their synergistic effect with cannabinoids is key for identifying the correct cannabis treatment plan for patients.

This profiling is best done using gas chromatography. GC-MS is the only accurate way to identify and quantify terpenes to ensure they are chromatographically separated from all interfering compounds. A GC-MS instrument vaporizes cannabis and releases a natural gas that is carried through the machine by a carrier gas. The terpenes are separated by the affinity they have for the chemically coated column. After separation, the terpenes are detected and then quantified with a computer. High-sensitivity GC-MS systems can qualify and quantify previously undetectable components and identify more than 3,000 flavor and fragrance compounds.

The analytical detection of pesticides can be challenging. Pesticides are used in commercial grow operations to kill mites, spider mites, caterpillars, grasshoppers, and the brown marmorated stinkbug.

With so many insects threatening cannabis plants, it’s no wonder there are an equal number of pesticides available to eliminate them. Problems arise because pesticides are carcinogenic and mutagenic and can cause serious harm to consumers, especially those who are immunocompromised. No lab can screen for every pesticide, but most test for the more common products: organophosphates, carbamates, pyrethroids, and avermectins.

Liquid chromatography combined with mass spectrometry (LC-MS/MS) is the preferred instrumentation platform for such testing. LC-MS/MS allows labs to identify various pesticides in one analytical cycle, ultimately reducing run times and costs. For analysis of some pesticides, however, the complementary technique of GC-MS/MS is the preferred solution. Some factors affecting LC-MS/MS or GC-MS/MS use are polarity, volatility, thermal stability, and ionization efficiency of the compounds.

Residual solvents are chemicals left over from the process of extracting cannabinoids and terpenes. Common solvents include ethanol, butane, water, propane, and hexane, which are evaporated to prepare high-concentration oils and waxes. Sometimes it is necessary to use large quantities of solvent to increase extraction efficiency and achieve higher levels of purity.

Realistically, it is almost impossible to remove all solvents after the extraction process. Since they are not safe for human consumption, it is important to verify all traces of the substances have been removed.

The preferred technology for screening is GC-MS because of the machine’s ability to quantify the solvents individually. GC-MS also allows users to employ an alternative sampling technique, such as a headspace unit, to improve quality assurance and control.

Metals can be found in soils and fertilizers. As cannabis plants grow, they draw in those metals. Heavy metals like lead, cadmium, arsenic, and mercury are toxic. Lab testing helps ensure products are free of toxic concentrations.

There are several ways to determine trace metals in plant materials, all of which require a preliminary acid digestion. Inductively coupled plasma mass spectrometry (ICP-MS) is the most sensitive method and is preferred by quality-control labs for the rapid screening of heavy metals.

Mycotoxins are a toxic secondary metabolite of mold. Continuous exposure to mycotoxins can lead to a buildup of progressively worse allergic reactions, with the potential to become lethal. Similarly, aflatoxins are a subset of mycotoxins found in soils and decaying vegetation.

Regulatory bodies have placed restrictions on the allowable limits of mycotoxins present in food. However, because cannabis is listed as a Schedule I substance, the U.S. government does not mandate testing to protect users: however, many states test for aflatoxins B1, B2, G1, G2, and mycotoxin ochratoxin A. Testing for and removing mycotoxins rests on the shoulders of scientists at independent labs and is a crucial step in the process of supplying safe, effective medical products.

Liquid chromatography (LC) equipment’s high sensitivity makes it the ideal platform for screening for mycotoxins. In addition to standard LC, using an MS selective detector enables labs to obtain limits of detection up to 1,000 times greater than conventional LC-UV instruments.

The future of cannabis testing 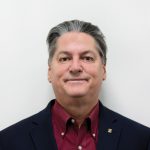 Dr. Robert (Bob) Clifford received his master’s degree from Villanova and his Ph.D. from George Washington University. He has published and presented more than 125 papers in the fields of food, pharmaceuticals, environment, energy, geology, material science, photonics, and cannabis. He has been with Shimadzu Scientific Instruments in Columbia, Maryland, for more than twenty-five years in a variety of roles and currently serves as general manager of marketing. Reach him at [email protected]