For decades, it was one of those white whales for cannabis operators: an insurance company that would both knowingly cover cannabis operations and pay out even the smallest claims when losses occurred. Few brokers were bold enough to brave this new and unique market. Genuine coverage for most catastrophic business losses was, quite simply, non-existent.

How times have changed! Almost every cannabis networking event has at least a handful of insurance brokers in attendance, and there are now dozens of insurers serving the industry. Cultivators, distributors, manufacturers, and dispensaries finally have the ability to shop for different policies that cover different aspects of their operations. In California, the Department of Insurance even has begun to approve insurance products offered by state-backed “admitted” insurance companies. [Admitted insurance companies must file their rates and requirements for coverage with the state; non-admitted companies are under no such obligation. —mg]

Nonetheless, navigating cannabis insurance markets remains exceptionally challenging. While there are a number of carriers in the market, they are spread across many different “lines” of coverage—general and products liability, property, professional liability, cyber liability, auto liability, crop coverage, and workers’ compensation, to name just a few. Each of these policies is offered on forms with language different from the next, and that language ultimately defines what is and is not covered. Far too often, significant risks remain uncovered by most policies; for some major exposures, no coverage is available at all.

New carriers have trickled into the markets in recent years and pushed the envelope regarding the extent to which they expressly and conspicuously offer coverage for cannabis companies. Given the money laundering concerns that guide so many financial institutions away from the cannabis industry, this development is far from trivial. In addition to products customized by three different admitted insurance companies, the California Department of Insurance has approved a set of standardized forms built specifically for the cannabis industry, around which any affiliated insurer can build a policy. The non-admitted “surplus lines” markets are even more robust and increasingly are competing on the basis of who offers better coverage rather than who offers the cheapest policies. Finally, the brokers who have gravitated to the cannabis market in recent years generally are quite capable and conscientious.

Significant data points indicate thoughtfully procuring strong coverage pays off—literally. Following the recent California wildfires, headlines were consumed with stories about how none of the state’s cannabis farmers had any coverage at all. That was both true and tragic. At least a handful of operators in the Central Valley, however, had a broker with the foresight to negotiate coverage for changes in environmental conditions. The Central Valley cannabis operators now are slated to receive a total of roughly $8 million in payouts from the carrier, including a $1 million recovery for one cultivator. This is precisely how carrying insurance is supposed to work.

The United States district courts should get some of the credit for the above developments. In particular, a Colorado judge’s decision in Green Earth Wellness Center LLC v. Atain Specialty Insurance Company created a workable framework for handling the enforcement and interpretation of cannabis insurance policies in the courts. The court in Green Earth rejected several lines of argument from the insurer—who knowingly had insured a cannabis greenhouse operation—that the presence of cannabis rendered the policy unenforceable or triggered exclusions for “contraband” and the like. At the same time, the court refused to write crop coverage into a policy that contained a clear exclusion for “growing crops.” In sum, the court required the insurer to stand behind its policy but not to pay for losses that were clearly not covered under the policy. This, again, is precisely how insurance coverage is supposed to work.

Despite the progress the industry has made with insurance coverage, most policies include language that removes a staggering amount of risk exposure. It is hard to find real-world circumstances under which the saying “one bad apple spoils the bunch” applies as neatly as it does to an insurance policy. Fifty to 100 coverage-expanding pages of policy forms can be rendered effectively moot by a single-page exclusionary endorsement.

Although admitted insurance carriers tend to offer policyholders predictable terms and results, the first admitted cannabis products liability policy in California excluded coverage for injury or damage resulting from, among (many) other things, pesticides, illness, disease, and…wait for it…cannabis impairment. There goes your coverage for virtually every lawsuit cannabis companies are likely to see in the next few years.

Other policies include better-hidden but equally problematic language, such as one endorsement in another admitted company’s policy form that expressly eliminates coverage unless operators are in full compliance with each and every applicable state and local law, regulation, or ordinance. At first blush, such a “compliance with applicable law” endorsement arguably requires merely that licensed cannabis operators do what they already are required to do: adhere to state and local laws and regulations.

The problem, as any licensed California cannabis operator can attest, is complying with voluminous and ever-changing rules is difficult. Perfection in this task is practically impossible, and carriers have every incentive to scrutinize policyholders’ operations for evidence of any noncompliance.

Another issue: Even if a policy miraculously is devoid of the types of poison-pill endorsements discussed above, policies often fail to include things like the adequate third-party coverage required to comply with contractual insurance requirements, resulting in potential breach of contract claims.

Finally, certain coverage continues to elude the industry entirely. The outdoor crop coverage that could have helped so many Emerald Triangle and Sonoma County farmers, as well as coverage for property in transit (essential for distributors), generally is unavailable, though captive insurance solutions are cropping up in an effort to change that. Remember the carrier that paid $8 million based on its coverage for changes in environmental conditions? It immediately picked up stakes and left the industry behind, and no other carrier is willing to offer the same language. So, similar victims of the next wildfire-related losses are less likely to recover.

For all these reasons, it is critical that operators carefully review the insurance policies they consider purchasing to cover their practical risks and contractual commitments. Doing so can help cannabis operators survive major business losses and continue to do their part in building this unique industry. 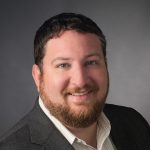 Jason Horst represents businesses, public entities, professional and nonprofit organizations, and individuals in complex civil litigation and appellate cases involving a wide variety of contract, real estate, insurance coverage, and technology disputes. A member of the National Cannabis Bar Association, he has a record of success representing both plaintiffs and defendants at trial, on appeal, and in alternative dispute resolution proceedings. HorstCounsel.com 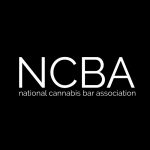 The National Cannabis Bar Association was formed in 2015 by a group of lawyers who saw a need to educate and connect with other cannabis industry lawyers in order to ensure excellent, ethical, and advanced legal assistance for the industry. NCBA hosts a variety of networking and educational events. The organization’s next in-person continuing legal education course will take in Washington, D.C., September 7-8. CanBar.org