Army Airborne veteran Boone Cutler reinvigorated my interest in post-traumatic stress disorder and workable cures during a talk he presented at the Cannabis World Conference and Business Expo in Los Angeles. His dynamic and articulate recounting of his wartime experiences, his subsequent injuries, and the road to recovery were riveting and enlightening. Cutler, now a host on Nevada radio station 99.1 FM, is an ardent supporter of and advocate for cannabis as a medicine. He’s convinced medical weed can cure a disorder that results in twenty veteran suicides every day.

In Cutler’s view, PTSD is a psychological problem resulting from a physical problem, not the other way around. He believes psychological trauma produces a type of brain injury much like the physical damage that results from a traumatic brain injury. However, PTSD is an unseen enemy lurking in the background of the consciousness like a cancer, slowly killing its host. We all have a vague idea about how PTSD develops and how it presents. We’ve witnessed it firsthand in our grandfathers, our fathers, and now our sons and daughters who have served in war zones. The existence of war-induced psychological trauma likely goes back as far as warfare itself, with one of its first mentions by the Greek historian Herodotus. In writing about the Battle of Marathon in 490 B.C., Herodotus described an Athenian warrior who went permanently blind when the soldier standing next to him was killed, although the blinded soldier himself had not been wounded. Such accounts of psychosomatic symptoms following military trauma are featured in the literature of many early cultures, and researchers theorize ancient soldiers experienced the stresses of war in much the same way as their modern-day counterparts.

Everything we experience, everything we see, hear, and smell, is recorded in our brains. Memories are filed and stored in a part of the brain called the hippocampus, where they can be accessed later. The hippocampus is “wired” to the amygdala, which forms new memories and connects emotions with the senses. The amygdala also helps us reconcile, understand, and make peace with events.

The hippocampus acts as a memory indexer: It sends memories out to the appropriate part of the cerebral hemisphere for long-term storage and retrieves them when a similar experience is encountered in the future.

Together, the hippocampus and the amygdala consolidate our emotions and long-term memories. This process is critical for evaluating information so we can respond appropriately to stressful situations. The system helps us evolve and survive in our environment as new problems arise. Everyday behaviors develop into habits that minimize the amount of information you consciously require to navigate the world.

Neuroscientists like Michael Gazzaniga estimate humans are unaware of as much as 98 percent of the activity going on in their brains. This unconscious activity includes regulating heartbeat, processing sensory input, controlling and coordinating muscle action, and much more. In addition to the “housekeeping” functions that promote the body’s homeostasis, many higher functions—things associated with thought and reasoning—also occur without conscious input. Conscious thoughts emerge at the very highest level of brain activity. As you can see, conscious thoughts represent just the tiniest sliver of the great mass of brain function. When danger threatens, our bodies must immediately prepare to stay and fight or flee. The senses take in all the necessary information and seamlessly redirect it past the conscious parts of the brain to the amygdala. Based on the magnitude of the threat, the amygdala, our biological centurion, dictates how much fuel (cortisol, adrenaline, and other hormones) is needed to run away or do battle.

This loopback communication system in the brain happens to some degree with every stressful event, gradually training a person’s responses. As the threat subsides, all the sensory input from the traumatic event—sights, sounds, smells, emotions, tactile impressions, and tastes—is then supposed to be sent through neural pathways to the hippocampus for sorting and filing. The event is reconciled so the information is available when needed to face a future threat. The path to PTSD starts when an individual is exposed to a traumatic event that is beyond the normal range of human experience. That bears repeating: stress beyond the normal range of human experience.

Just like before, all the aspects of the event bypass the conscious higher-functioning brain and go directly to the amygdala, initiating the fight-or-flight response.

However, in this case, the severity of the incident is so highly charged, a circuit breaker of sorts “blows” in the stem cells, inhibiting the neurocircuitry communication between the amygdala and hippocampus and locking away all the sights, sounds, and smells of the traumatic event in the amygdala. Adrenaline still fuels the response long after the danger is gone.

The hippocampus cannot tell the amygdala to shut down the fight-or-flight response and reconcile the event, because they are unable to communicate with each other. Because of the “blown fuse,” the experiences are locked in the amygdala for eternity. Simply put, the brain puts the body’s emotions on simmer, waiting to fight an enemy that is no longer there.

The event isn’t entirely locked away, though: It shows up in the dreams and consciousness of the person affected as if the trauma were happening all over again, in real-time. The sensory input and emotions churn inside the amygdala, looking for the path to the hippocampus so they can be filed away and put to rest. The amygdala doesn’t realize the threat is gone because the hippocampus hasn’t told it “All is okay. Turn off the fuel.” The pathway is damaged.

The typical medical response to PTSD includes painkillers and anti-anxiety medications that can help control the symptoms by blocking chemicals the body uses to fight stress. Treatments also include group therapy, and when that isn’t effective, physicians sometimes chase the problem with more medications. The medications rarely help, only suppressing the anger, hyper-vigilance, and other symptoms. Sometimes, the only effective traditional treatment leaves patients seemingly emotionless.

Worse, the prescription medications that are used actually may inhibit healing in the brain and soft tissue, perpetuating the problem. The brain is in a constant state of stress and anxiety resulting in a systemic inflammatory response resulting in more pain and anxiety. The ultimate consequence is an ever-increasing suicide rate among veterans.

In Lethal Warriors: When the New Band of Brothers Came Home, journalist David Phillips wrote, “…PTSD—or shell shock, or whatever you want to call it—is not just a subjective bundle of feelings. It is a physical wound of war. Situations that remind the individual of the traumatic event can trigger an excessive release of stress hormones and over-activation of the amygdala, which further augments stress hormone release. The result is severe emotional distress—racing thoughts, anger, and hypervigilance.”

Phillip Blair, MD, a consultant to CBD manufacturer Elixonal, also spoke during the Cannabis World Conference. He cited several studies indicating “severe trauma causes a breakdown in the pathways in the cerebellum that allow us to reconcile traumatic events.” These “broken” pathways inhibit the ability to resolve the trauma, effectively stopping the ability to heal.

According to Blair, recent research indicated CBD acts as a neural regenerator and anti-inflammatory agent, allowing pathways to reform (heal) and bringing homeostasis back to brain function. CBD allows the brain to repair pathways between the hippocampus and amygdala so the fight-or-flight response turns off, the memories can be filed and cataloged, and the person can rest. More importantly, restoring communication reduces—and in some cases may eliminate—the need for prescription medications.

What we can understand, we can fix. Those with PTSD needn’t suffer. Cannabis may not be a cure, but it can play a significant role in treatment and recovery, potentially preventing thousands of PTSD-related suicides a year. Our veterans fought for us. We can do no less than fight for them. 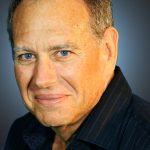 A noted speaker and published author, Dr. Miller is President of Autogenic Industrial Solutions and an expert in Worker’s Compensation cost containment, pain management and cannabis. He has been approved by several workers compensation insurance companies to implement cannabinoids (CBD) to treat injured workers with chronic pain and opioid addiction.