My great-grandfather mined gold in Hayfork, California, some 120 years ago. I got to meet him in 1963 when I was eight years old and he was 97. He fractured his hip in a mining accident when he was young; consequently, he walked with a limp and used a cane for the rest of his life.

When the pain from his injury became unbearable, he rested and sipped whiskey. There were no opioids at his disposal “back in the day,” so whiskey and rest served as his pain control until the day he died at 99.

His method was typical of the time. Before industrialization, families cared for the sick and injured at home, using folk medicine and remedies they had on hand. Many ate what they raised themselves or hunted: fresh, organic vegetables and meat from animals that grazed on hemp plants as part of their free-range diets. Hemp acts as a nutritional uptake catalyst, enabling cattle and other animals to gain lean muscle mass. Cannabinoids are passed to humans through ingestion of the meat and milk.

As industrialization began to change society, medicine evolved, too. The Civil War brought about advancements in pain medication and anesthetic agents, familiarity with prevention and treatment of infectious diseases, and surgical principles that rapidly advanced the overall quality of American medical practice. These advances extended human lifespan and enabled the building of the transcontinental railroad. They also encouraged people to work longer hours and leave outdoor occupations for factories and mines.

Thus began the “ease of use” mentality. Almost 150 years later, we can still see the clash between living off the land and industrialization. The American Academy of Anti-Aging Medicine (A4M), a nonprofit entity that hosts 3,000 to 5,000 physicians and healthcare practitioners at two world congresses annually, has prioritized fighting the adverse effects of our environment and aging by integrating natural remedies including organic, healthy foods; nutraceuticals; bio-identical hormones; and cannabis. Additives in manufactured foods, over-the-counter medications, prescription medications, stress, and the contemporary environment have resulted in a plethora of health issues. The physicians of the A4M incorporate natural remedies including CBD-based products into their treatment protocols, employing pharmaceuticals only as a last resort.

Conversely, the ease-of-use approach has resulted in increases not only in the varieties of cancer and cancer diagnoses but also mental health issues, genetic diseases, autism, and autoimmune disorders. In essence, ease of use introduced an ever-increasing fragility to the human condition. 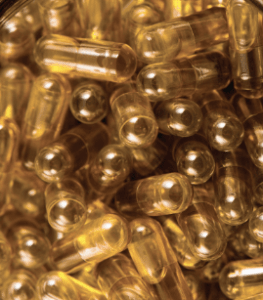 We are seeing a resurgence of natural, organic health solutions. The rediscovered “old” remedy cannabis, specifically CBDs, is the leader in the march back to a healthy lifestyle. Vegetarian diets, along with the elimination of gluten and sugars in the diet, are commonplace and more the rule than the exception in everyday culture.

Cannabis has been shown to assist and stimulate the body to heal itself, but it’s far from an ease-of-use solution. Significant time is required to reverse the damage environmental pollutants, water, food, and drugs have inflicted on the human body.

Thanks to cannabis, we are seeing a resurgence of natural, holistic, alternative health solutions. Twenty-five years ago, chiropractors were at the forefront of a holistic approach to treating disease. Regardless the extensive marketing of traditional drug-based therapies, alternative doctors only treated a fraction of the population in those years. Only a few saw or could afford alternative medicine as a blueprint to a very long, healthy life.

No longer are holistic, organic solutions available to a mere a few. People are turning away from organized medicine and pharmaceutical products for natural alternatives. In many cases, natural products are more effective, faster, devoid of side effects, and cost less. Prescription medications have become financially prohibitive to purchase and the side effects are untenable, but to live longer unencumbered by disease is the goal. People now realize their quality of life has deteriorated, and they are embracing cannabis as part of the solution. Cannabis, combined with a healthy lifestyle, not only can “cure” us, but also virtually ensures a longer, healthier, more active life.

Except for time and ease of use, there is no proven downside to employing cannabis as part of a natural treatment plan. Patients usually experience no negative side effects and have nothing to lose by implementing natural, organic solutions. We know cannabis works to assist in fighting cancer; CBDs have been credited with saving children and shown to alleviate diseases that impact quality of life.

Not surprisingly, insurance companies and employers have begun to embrace the medicine called cannabis as fiscally prudent. People are taking control of their health, mothers are saving their children from the horrible consequences of cancer, and grandchildren are giving cannabis products to their grandparents to stop the onslaught of Alzheimer’s, senility, and dementia. Cannabis is becoming a mainstream path to a healthier future.

WE ARE SEEING A

The insurance industry rewards healthy individuals with reduced premiums and other incentives. Companies including Wells Fargo Bank, Costco, Facebook, and Google support their employees’ use of healthy alternatives because doing so ultimately increases productivity and profits.

I perform employment and post-injury physicals for insurance companies. The exams determine a person’s physical strength and ability to perform a task safely. Predictive physical testing has saved hundreds of millions of dollars in costs related to workplace injuries. Currently, cardiac, blood, and urine analysis help determine insurance eligibility, but DNA testing, blood analysis, and physical testing soon will be commonplace. We will see mandatory health baselines employees must achieve to enter the workforce, as well as continue in a job where they receive bonuses and other benefits.

In short, the price of admission to the workforce will be personal health and wellness. More importantly, to quote Star Trek icon Mr. Spock, people will “live long and prosper” thanks, in part, to cannabis. 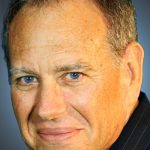 A noted speaker and published author, Dr. Miller is President of Autogenic Industrial Solutions and an expert in Worker’s Compensation cost containment, pain management, and cannabis. He has been approved by several workers compensation insurance companies to implement cannabinoids (CBD) to treat injured workers with chronic pain and opioid addiction.