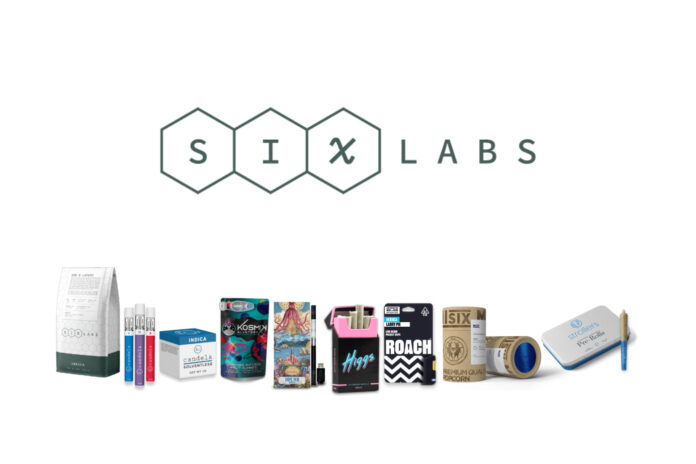 DENVER – Praetorian Global, the parent company of the award-winning, international cannabis brand Binske, today announced the signing of a major licensing deal with Michigan’s licensed cannabis producer, Six Labs. The brand’s expansion into Michigan further solidifies its position as one of the fastest growing and most widely distributed cannabis brands in the world, with access to over 100 million consumers in North America.

Expanding the Binske footprint to include Michigan is a strategic next step as the company bolsters its widely developed distribution network to offer luxury cannabis products to a growing state population of nearly 10 million people. In fact, for the first time, Michigan’s recreational marijuana sales are on pace to surpass $1 billion in the next year, presenting even greater opportunity. The Michigan market is expected to generate over $3B in sales by 2024.

The landmark agreement between Praetorian and Six Labs has an estimated retail value of over $55 Million. The companies plan to roll out the first batch of products in August, 2021 and have the full suite of award-winning products available to Michigan’s consumers by the end of the year.

“As new markets emerge, we feel it is our duty and responsibility to define the cannabis experience for first time consumers with our sophisticated brand and best-in-class product offering,” said Praetorian Global’s Founder, Chairman and CEO Jacob Pasternack. “We have put significant time and resources into developing a nucleus of consumer patronage through North America and will now strategically take that same level of dedication towards consumer experience to the Michigan market. The Great Lakes State is in for a real treat.”

Michigan marks Praetorian Global’s 18th licensing deal, with additional deals to follow in the coming months. The Binske product suite currently boasts over 100 SKU’s in its portfolio centered around the primary product categories of flower, vapes, extracts and edibles.

“We are hyper-focused on cultivating the purest and highest-quality cannabis products, and we know that Binske holds itself to an equally high standard,” said Joe Ori, co-founder and general counsel at Six Labs. “This is the largest partnership of its kind for Six Labs, as we continue our mission to build an expansive portfolio of products tailored for every lifestyle. We’re thrilled to have Binske as our partner.”

“The overarching theme that supports our aggressive growth strategy has been to partner with likeminded cannabis companies that are vigilant about providing the highest quality products to our Binske loyalists,” says Alex Pasternack, executive vice president at Binske. “Our team has been nothing short of impressed by Six Labs’ sophistication and professionalism leading up to this landmark distribution deal, and we’re proud to align ourselves with one of the most well-respected operators in Michigan.”

Founded by Chairman and CEO Jacob Pasternack in 2015, Denver-based Praetorian Global, holds interests in THC and CBD-related brands throughout the U.S. Privately held Praetorian Global is the parent company for Binske, (the “e” is silent as in “smoke”). Because of its distinct intellectual property model and best-in-class product lines, Binske is party to 18 licensing deals in the U.S. states and Canada, making Binske the most widely distributed cannabis brand in North America. Lauded for its proprietary strains, craft ingredients, and best-in-class packaging, Binske products have earned multiple awards, including Leafly’s Best Edibles, Best Concentrates and Best Overall Company. Binske has been covered in publications such as Forbes, Yahoo Finance, Benzinga, Marjiuana Business Magazine, Bloomberg, Ad Weekly, The New Times, and Cheddar TV. Binske is a registered trademark of Praetorian Global.

Six Labs is a Licensed Cultivator in the state of Michigan focused on the cultivation of premium craft cannabis products that give a consistent sensation consumers can depend on, and trust. It’s state-of-the-art cultivation lab is setting a new industry standard for award-winning precision products with meticulously calibrated, made-to-measure profiles, potencies, and flavors. Six Labs won the Vangst’s 2021 Top 20 Cannabis Companies To Work For. Six Labs is the parent company of Candela, Strollers and MISix. To learn more visit https://www.six-labs.com/ or follow Six Labs on Facebook, Instagram, Pinterest or Leafly.