Green Gorilla put its ambitious plans for market domination into action late last year with the launch of an inaugural line of CBD-infused products under the Hemp & Olive brand.

Philip Asquith and Steven Saxton share a vision for Green Gorilla Inc.: an international brand that eventually will dominate and define a “sustainable, ethical, healthy, organic approach” to business in the hemp and cannabis industry. To that end, they have mapped out a disciplined strategy for growth that operates on the legal side of the law. “Our game plan is to be well-capitalized, create a brand, and then as the federal and international laws emerge, decide how to participate,” said Saxton.

With deep experience in both commercial agriculture and high finance, the entrepreneurs debuted Green Gorilla in late October 2015 with the launch of Hemp & Olive, an inaugural line of products that ultimately will consist of up to 200 unique items in the supplements, cosmetics, and pet care sectors, all infused with 100-percent pure, organic CBD produced in Europe. Asquith said Europe offers the most regulated product on the market. “You know it is what they say it is,” he said. “There is also a lot of certification with the hemp—non-GMO, organic, fair trade—and then there is more certification and lab testing on the extraction process, which is also done in Europe. We get it once it is the pure, white, crystalline CBD, which we send to a lab for further testing.”

The first product out of the gate is a CBD Oil supplement sold in 60ml spray bottles offered in concentrations of 150mg, 600mg, 1,500mg, and 3,000mg. The first two concentrations come flavored with lemon or mint and as a Pet Care CBD Oil. According to the company, “Hemp & Olive’s products are 100-percent organic, non-GMO, plant-based, raw, vegan, gluten-free, sugar-free, Kosher, Paleo, macrobiotic, and infused with plant-based, pure and organic cannabidiol (CBD).” Even so, it is the all-natural substance the other ingredients are combined with—extra-virgin olive oil—that truly sets the product apart. As the operator of Ojai Olive Oil, a family owned boutique producer of award-winning extra-virgin olive oils founded by his father in 1998, Asquith knows a thing or two about olive oil. 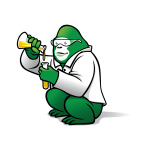 “The best way to deliver CBD is in a plant-based oil, of which there are two: extra-virgin olive oil and extra-virgin coconut oil,” explained Asquith. “They are the two healthiest oils and the two most tolerated and absorbed by the body. But coconut is a nut, so a lot of people have allergies; plus, it’s got a very strong flavor, and high-quality extra-virgin coconut oil is not easy to come by. Olive oil is the better choice. No one has allergic reactions to it, and it is very well absorbed and tolerated. Olive oil has also been well-studied for its health value, for everything from cancer to Alzheimer’s to arthritis and skin conditions. It’s just wonderful. It happens that all the things that olive oil are great for perfectly overlap with the things people take CBD for. If anything, they work very well together.”

Asquith also spent years in the financial world. “My background is actually investment banking. I ran a hedge fund for a while; did private equity and structured finance in the U.S., Europe, and Russia,” he said. Eventually, he “got fed up making more and more money for the evil people of the world” and left to start his own business.

“I launched a chain of wellness centers—yoga, a juice bar, a boutique—to do something healthier and get back in touch with that side of me,”he said. “They were based out of Miami and called the Green Monkey. It was a wonderful experience and a great success, but then I sold my share in that company and moved back to California.”

Asquith returned to California in part to run the family business, but the idea for Green Gorilla had already been gestating. “Steven andI have known one another for quite a long time, about fifteen years, and this is a conversation we’ve been having in the background for over a decade: hemp, cannabis, medical marijuana, legalization; where and how to do this? Should we do this? Does it make sense? Then three or four years ago, we basically decided we wanted to do something in this space.”

Saxton, a former investment banker and stock and commodities broker, had extensive experience in corporate structuring, private equity, public companies, corporate refinancing, and raising capital for startups. He also has been involved in film, music, and fashion for the past thirty years, working as a producer, manager, agent, distributor, and financier in the entertainment industry. The founder, chief executive officer, and chairman of Hollywood Studios, Hollywood Studios Asia, Artist International, and Models International, Saxton still has one foot in the movie business. 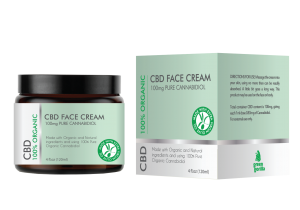 “I have a couple of Bruce Willis movies we’re still wrapping up, but my last big movie was Lone Survivor,” he said. “I’m still dabbling in it, tying up loose ends, but my focus is this company.”

Green Gorilla was formed in November 2013, and the intervening time until last year’s official launch was spent organizing the company and formulating products for the Hemp & Olive and subsequent brands.

“We’ve been in the initial development phase, getting our corporate infrastructure together; developing the brand, what it’s going to look like; figuring out what the initial products are going to be, and cobbling together some initial capital so we could actually launch,” said Saxton. “So we’ve gone through phase one and now we’re focused on phase two: distribution, sales, marketing, dispensaries, national chains, international companies, and our online presence.”

Hemp & Olive products can be bought on the company website, ILoveGreengorilla.com, priced from $35.95 (150mg Hemp & Olive CBD Oil – Lemon) to $399.95 (3,000mg Hemp & Olive CBD Oil), and they are also available in about twenty natural foods, health- and vitamin-type stores. Major distribution expansion is in the works. “We just signed our first distribution deal, and we go into their book in July. They have 2,200 stores,” said Saxton. “We also are talking to more distributors and want to build solid relationships with them so that ultimately we can funnel a thousand products through national distributors.” 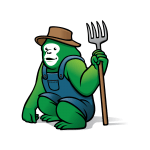 To gain a foothold in medical marijuana dispensaries and retail shops, Green Gorilla is developing a sales team to work major markets around the country. Saxton also is leveraging his showbiz connections for the benefit of the brand. “We put our product in the Oscar gift bags and the Grammy gift bags,” he said. “We’ll use all my Hollywood contacts.”

The team is also well ahead in formulating products for the brand that will follow Hemp & Oil. “The next line is going to be called Master Grower, which will initially offer organic fertilizers and pest-control products,” said Asquith. “Eventually, it will provide everything a grower needs, from trimmers to lights, with an Apple approach. If you buy one of our products, they all work together.”

Saxton added, “And then we’ll get into everything a dispensary might need that we’re allowed to sell that’s federally legal. Following that, we’ll enter the actual cannabis space when it’s federally legal, and we could enter the space in a foreign country.”

The entrepreneurs exude confidence not just about the products they produce, but also the structure and direction of Green Gorilla, Inc. “We have the exact structure that Facebook has as far as how the stock is structured,” said Saxton. “Philip and I can make decisions and move, and we’re expecting investors will rely on us to make the right decisions.”

As far as what ethos they want the brand to conjure within investors, patients, and consumers alike, Asquith summed it up in three simple but potent words: “A trusted source.”