When Michael Beck was a teenager in southwest Michigan, he fell in love with the region’s rich, aromatic, untouched soil. On weekends, he explored the magical, unadulterated clays for hours. Now the international sales manager and director of marketing for Royal Gold Soils, Beck found his calling during a plant science course at Indiana University, which solidified his passion for all things dirt.

As a fledgling cannabis consumer on the fast track to becoming a connoisseur, Beck became obsessed with bettering horticultural practices through understanding and combining the principles of organic, biological, and traditional farming practices. With more than a decade of experience in research and development, quality control standards, customer support, and marketing prior to joining Royal Gold Soils ten years ago, Beck, 39, has earned a reputation as a soil crackerjack. He revels in improving gardens.

“Every day we receive calls from gardeners who are having issues or need support,” Beck said. “And almost every time, overwatering is the primary issue.”

While some farmers simply overwater a bit, damaging the growing process, others actually drown their plants. Arcata, California-based Royal Gold Soils, the original coco soil company, has developed a magic bullet for the overwatering problem: Tupur. The extremely aerated soilless blend helps maintain a balance of oxygen and water within the medium to allow proper nutrient uptake and prevent soil-borne pathogens from taking hold in a compromised root zone.

“To avoid these issues, start with a well aerated medium, and allow plants to develop a healthy root mass by utilizing two to three wet to dry cycles [respectively] before beginning a more aggressive feeding and watering program,” Beck advised. “Just remember: Roots need to breathe, too.”

Providing the right nutrient at the right time is essential to maximizing the potential of any crop. Beck noted the balancing act requires an understanding of the plant’s needs and the processes required to meet each of those needs at just the right time. Nitrogen is crucial to building a healthy plant and creating the structure and vegetative matter needed to prepare a plant to flower effectively. The need for that nitrogen gives way to the need for more phosphorous and potassium to create flowers after the photoperiod shift. 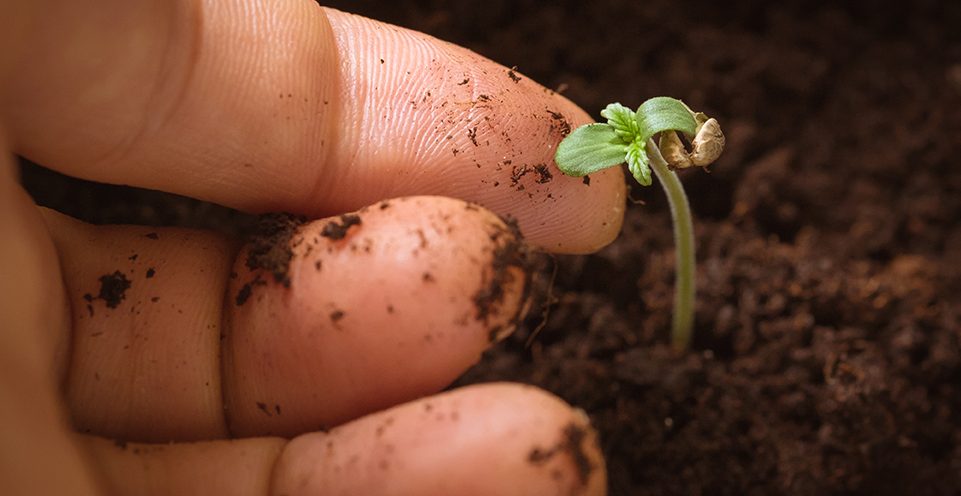 Another pivotal requirement is the pH. “Regardless of the nutrients available the plant cannot process them properly if the pH is not correct,” said Beck. “With coco-based soils, a pH on the lower end is typically most effective. I prefer about 5.8.

“As with nutrients, biology is all about balance,” he continued. “The balance between bacteria and fungus is just beginning to come to light. Short-life-cycle plants like cannabis are typically in the middle to lower end of the ecological successional scale and thrive in bacterial-dominated soils with a significant fungal presence.”

A slightly acidic environment can encourage slow-growing fungi to establish in the comparatively short life cycle of a cannabis plant. Royal Gold Soils products benefit from the company’s revolutionary focus on repurposing the waste of other industries. Royal Gold utilizes ingredients based on sustainability and functionality to build soils that are effective right out of the bag and can stand up to reuse, re-amendment, and long-term soil-building programs.

“We process all of the coco fiber we use at our own facility, under the watchful eyes of our dedicated staff,” Beck said.

The Microbe Whisperer
Founded in 1996 by agronomist and landscaper John T. Aqulia, Primordial Solutions is renowned for developing a potent living compost extract as the base for its products. When mixed with water, the extract alchemizes into an “instant compost tea,” said Joseph L. Johnson, chief microbe whisperer for the company. The solutions can be used as standalone nutrients or to compliment any existing nutrient regimen, organic or conventional. In fact, according to Johnson, the simple addition of Primordial Solutions’s Sea Green prevents nutrient lockout in conventional growing environments, while True Blooms accelerates flowering and improves flavor.

A recent functional group analysis of True Blooms revealed a mind-boggling 71 trillion organisms per mL, reportedly making the product the most concentrated biological on the market.

Johnson, 38, noted that Sea Green, derived from fish protein hydrolysates, is the company’s best-selling product due its effectiveness and versatility in how and when to apply. Sea Green may be foliar-sprayed or watered in. As a foliar spray, the product functions as a nutrient feed; when watered into the soil or hydro reservoir, Sea Green accelerates plant nutrient uptake and prevents nutrient lockout. “There is almost no wrong way to use it or time to apply it,” noted Johnson. “That is why we often jokingly ask, ‘Sea Green—what can’t it do?’”

PPM Levels, Foliar Spraying, And Runoff Tests
“I prefer soil-growing, because it mimics the natural environment and creates little waste,” said Emily Chavez, growing specialist and sales manager for Emerald Harvest. Chavez, 35, grew up on lush farms in Northern California, recognizing at a young age how intrinsically the soil food web is woven into maintaining an ecosystem. Creating unnecessary pollution, she reasoned as a teenager, can become harmful very quickly. “I looked at it the same way I would poisoning my own body,” she said.

Chavez has found overfeeding plants is easy, and common, when farming outdoors. Why? Because soil collects residual amounts of nutrients. In a classic hydroponic system, on the other hand, growing medium can accumulate smaller residual amounts. To avoid nutrient build-up, always do a run-off test before feeding, she advised.

“In addition to measuring ppm levels, my practice to avoid overfeeding is to rotate one feeding day followed by two water days,” she said. “This feed-water-water-repeat cycle means only adding nutrients to my garden every third day.”

Some growers, however, have complained about inability to achieve accurate ppm readings in their soil runoff tests. Chavez recommends mixing six to eight mL base nutrient per gallon of water and running that through the soil. Then, collect the run-off and measure its ppm. The charged ions in the tiny amount of added base nutrient will bind to any ions already in the soil and bring them into the runoff. Measure the ppm levels and then tailor the nutrient amounts in the next feeding.

Mr. Hemp And The Pristine Prairie Land
When Michael Bowman, a.k.a. “Mr. Hemp,” harvested his first hemp-for-CBD crop earlier this year, the rich, tangy smell hung heavy, and heavenly, in the air for weeks, he said. Its sweetness reportedly could be smelled miles away.

Bowman, 58, a fifth-generation Colorado farmer and the former chair of the National Hemp Association, has cultivated a variety of crops: corn, organic alfalfa, sunflowers, and dry beans, among others. Over the past decade, he has spent a great deal of time advocating the end of cannabis prohibition, specifically as related to industrial hemp.

As an avowed agriculturalist—he’s worked with legendary Zimbabwean ecologist Clifford Allan Redin Savory for decades—Bowman approached his first hemp crop with an uncommon mindset. The pristine prairie land where he planted has been largely untouched by machinery, fertilizers, pesticides, or herbicides. It has, essentially, been mummified in the same state it was when the buffalo roamed. Bowman’s goal: to use as few amendments as he could while a maintaining a healthy crop.

“The prairie is full of trace minerals,” Bowman said. “Our only application was groundwater from the Ogallala Aquifer. The plants thrived; we were thrilled with the results.

“While this experiment is one that would be hard to replicate en masse, our goal was to see if we could produce the most pristine hemp product and make it work from an economic standpoint,” he continued. “I’m happy to report that we were successful on both accounts and intend to replicate the grow next year.”

The Dirty Truth
To be sure, myriad factors influence optimal soil craft: technology, cost, fertilization programs, and the bottom line. Variables including fungi, bacteria, pH, pests, water management, nematodes, and numerous other factors can make designing the ultimate utopian soil broth a mystifying coil. Think about this dizzying fact: A single teaspoon of soil may have billions of microbes divided into more than 5,000 different species. A highly sophisticated ecosystem can break down waste, cycle nutrients, convert atmospheric nitrogen into organic forms, synthesize vitamins and enzymes, and suppresses pathogens, and each of those factors is critical in allowing a plant to reach its potential.

Only one thing is sure: No one knows how soil will perform until they run a crop cycle in it. Always perform a test run or two. 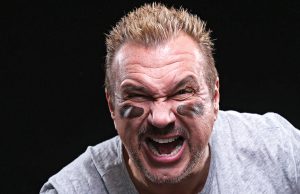 Big Mike’s Take: What I’ve Learned About Soil So Far

Back in the 1980s, a buddy of mine showed me a pot patch he’d found in a swamp. The plants were monsters—well over ten feet tall. I’d been growing outdoors for a while but had yet to grow beasts like these beauties.

I dug my fist deep into the earth. The soil was so soft that my arm sank damn near to my shoulder. I’d never seen anything like it. I scooped up a handful of the fluffy soil, rolled it through my fingers, examined it. It was much more aerated than the soil I was used to growing in. I sniffed it. It smelled rich with nutrients.

I had to find soil like this to grow my own patches in. I drove to the county offices and made a discovery that changed the course of my life as a grower: maps that classified various types of soil within the county. I’d struck gold. There were spots all over the county with the exact same soil. Most of the spots were located along swamps and creek beds, so the soil remained moist year-round; I almost never had to water my plants.

The fluffy, black soil enabled the plants to develop massive root systems, high in both beneficial bacteria and beneficial fungi. It was the perfect soil. In fact, the soil made it so easy on me, that after the planting phase I rarely ever had to visit the gardens. The soil did all the work for me. And just like the crop my friend had shown me, come harvest time, my plants had grown into eleven- and twelve-foot monsters loaded with heavy and healthy buds. They were unlike any plants I’d ever seen.

That’s the power of soil.

Soil is a living thing, and if we work with it, we can coax it to facilitate massive growth for both our roots and our plants. Within the soil exists a symbiotic relationship between beneficial microbes and plants. Research has shown that through fungus, not only can a tree communicate with another tree, but trees hundreds of yards away from each other can communicate, and microbes can travel from one tree to another, wherever they’re needed most.

Soil blends typically are composed of several biodegrading components that provide nutritional value to the plant. These components tend to break down at different rates, making it tricky to control the plant’s nutrient uptake. Depending on environmental conditions, certain components can become too available, while others break down too slowly, causing deficiencies.

Nowadays, many of the world’s top growers utilize either sphagnum/peat-based mediums or coco coir. These types of mediums provide the same root protection and forgiveness of a traditional soil while giving the grower complete control over the plant’s nutrition.

I’ve dedicated my life to the science of cannabis, and as new discoveries are being made, I will keep our community posted so we can continue to realize marijuana’s full genetic potential together.

Michael Straumietis is the chief executive officer for Advanced Nutrients.