Since the industrial revolution, business owners, managers, and employees have struggled with the twin challenges of workplace satisfaction and employee retention. The cannabis industry is no different. A 2019 report from cannabis analytics firm Headset found just 14 percent of cannabis employees make it through their first three months of employment. The figure should be jarring to anyone who owns or operates a cannabis business, as it seems to indicate employees in the industry are not satisfied with their jobs.

Especially at startups, workloads can seem colossal. Compared to companies that have been in business for a while, roles and functions within startups can seem ambiguous. Additionally, cannabis-related policies and procedures always are in flux due to changing regulations and demands of the business itself. If that weren’t enough, the cannabis industry combines the fast pace of a budding business with a budding industry that is still struggling to find its footing in the world’s economy. It’s all very exciting, but it’s also a lot for employees to handle. Is it any wonder employee turnover is so high?

There are ways to create a culture that allows people not only to survive but also thrive in a cannabis startup. Psychological research into employee satisfaction indicates there are three keys to creating a place where people love to work. We tested them at Baked Bros and they worked, helping us to become one of mg Magazine’s Top 50 Cannabis Employers of 2019. I would like to share them with you.

The philosopher Friedrich Nietzsche famously wrote, “He who has a why to live can bear almost any how.” In other words, human beings need meaning to take on the hardships that come with life. Too often in the workforce, meaning is neglected. Upon starting a job, employees are told what they will be doing and how they will be doing it, but often the why behind the work is missing, which can have a significant impact on performance and satisfaction.

A 2013 study published in the Journal of Economic Behavior and Organization looked at the role meaning played in workplace motivation and performance. Researchers observed 2,500 workers from Amazon’s online labor market who were separated into three groups of varying “meaning” with their pay structure, task requirements, and working conditions kept identical. The “meaning” group was told they would be helping cancer researchers identify tumor cells, the “zero-context” group was told they were looking for objects of interest but not how their findings would be used, and the “shredded” group was given zero context and told their work would be discarded upon submission.

The more meaning a participant felt, the more likely they were to participate in the task, be more productive, and produce high-quality work. After calculating the hours spent on the task, they required less compensation for their time. Low meaning, on the other hand, decreased quality of work and required an additional six cents to fourteen cents per hour of work based on how long they spent on the task. The study clearly demonstrated providing employees with a “why” benefits not only the employee but also the employer.

When people find meaning in their work, they perform better and feel better about what they are doing. Cannabis businesses should ask themselves, “Why are we doing this?” For some, the answer is to reinvent what cannabis consumption looks like or help provide an alternative to alcohol and prescription drugs. People use cannabis and start cannabis companies for a plethora of reasons. Finding a way to package that message will have a positive impact on your workforce and bottom line.

The secret to happiness is freedom

Once employees have a sense of meaning to their work, the next big question is, “How do we set up that work?” Typically, the answer is provided by the leaders of the business in a top-down approach where executives give orders to managers who, in turn, relay those orders to employees. This has been standard practice since the industrial revolution and was reinforced by an American work ethic that implied good employees work hard and do what they are told.

The narrative permeated our culture and has produced many of the incredible innovations we see today. The only problem with this way of laying out workflows is it treats humans like machines. Motivation stems from external pressure—“the boss”—rather than genuine engagement and interest. This probably sounds like the way things should be when it comes to work, but a wealth of psychological research points in the opposite direction. Autonomy seems to be the golden ticket to workplace satisfaction.

In psychology, the concept often is referred to as self-determination theory: The more autonomous employees feel their actions are, the more satisfied they feel in their work. The opposite is feeling controlled by working for rewards, to avoid punishment, or out of a sense of guilt or obligation. In 2015, researchers published a study in the International Journal of Psychology that aimed to highlight the benefits of autonomous support. The study analyzed the responses from 266 schoolteachers in China, a culture that focuses on controlled motivation.

The results of the study suggest huge implications for cannabis companies suffering from high turnover rates. Increased autonomy support—helping employees feel they had some control over their work—significantly increased autonomous forms of motivation; that is, working with a sense of interest, value, and volition. Autonomous motivation was associated with significant increases in workplace satisfaction and individual well-being. Lack of autonomous motivation resulted in increased work-related stress and illness symptoms.

It may require more work up-front, but allowing employees to have a voice in the work they do will increase work satisfaction and employee retention, which in turn will save your business valuable time and resources.

Work is shaped by the mind

Mindfulness has been a hot topic over the past few years in the field of health and wellness but largely has been ignored in terms of the workforce. Some of the large technology giants of Silicon Valley, such as Google, have implemented mindful workplace cultures, but the idea has not yet spread to the mainstream. Most companies are unaware of the massive benefits mindfulness can provide employees and businesses.

Mindfulness is best described as having open, receptive attention to the present moment with an emphasis on nonjudgement and acceptance. This state of being relates to both what is going on inside the individual and within the context of their life. Mindful individuals become more aware of emotions, impulses, needs, and external enticements and pressures, allowing them to make reflective rather than reactive choices. Because of this shift in mental awareness, mindfulness is associated with increased vitality, prosocial behavior, and positive coping strategies for stress. This ultimately leads to decreases in apathy and disinterest, which plague many work environments.

In late 2019, researchers published an extensive systematic review and meta-analysis of mindfulness and its effects on motivation in the Journal of Personality and Social Psychology. The review looked at eighty-nine studies with a combined total of 25,000 participants. Mindfulness was found to be associated with autonomous forms of motivation, the benefits of which were outlined above. Researchers speculated attending to the present moment allowed individuals to notice and engage with meaningful activities that were of interest to them.

The shift brought about by mindfulness led to direct positive outcomes that affected job performance and satisfaction. Improved well-being, performance, work-engagement, memory function, and reduced substance use all were effects mindfulness induced by promoting autonomous motivation. Having mindful employees can have massive benefits for a business, especially when combined with autonomy support and meaningful work. Companies can encourage mindfulness by providing employees with mindful minutes, such as starting a meeting with guided mindfulness meditation or providing resources for employees to explore, such as articles, videos, and apps aimed at teaching the practice and detailing its benefits.

The cannabis industry is in a state of rapid development and growth that brings with it many challenges to business owners and their employees. With the current trend of low workplace satisfaction and associated high turnover rate, it is critical for companies to consider how to improve work environments. By providing employees with a sense of meaning in their work, employers empower their staff to connect with the company in ways other than compensation. Supporting employees’ needs for autonomy by allowing them in on the conversation surrounding their work increases autonomous motivation, leading to increased satisfaction on the job. Lastly, encouraging employees to practice mindfulness and building a mindful approach into the company culture allows performance and well-being to thrive.

This was the approach we took at Baked Bros, and the results have been encouraging. We have seen measurable increases in both employee satisfaction and retention. Your journey in creating a culture people love to work in no doubt will be unique. It is my hope meaning, autonomy, and mindfulness provide you with a clear path forward. 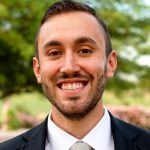 Derek Espinoza is creative director at Baked Bros. He specializes in the synergy between the psychology of a brand and its target audience and leads Baked Bros creative projects, marketing strategy, and education efforts.