Almost everyone, it seems, was caught off guard in December 2021 when Malta announced it had legalized adult use just months after Luxembourg legalized home growing. The two smallest countries in the European Union provide a big example for the movement toward further legalization and normalization in their part of the world.

The Republic of Malta sits in the middle of the Mediterranean Sea just fifty miles south of Sicily. The 122-square-mile island has been inhabited since 5900 BC and today is home to 519,000 people — less than 1 percent of Germany’s population. Like other countries in the region, the nation has been ruled by many powers over the centuries. From Romans and Greeks to Brits, Arabs, and the French, all have left their mark; most recognized the island as a strategic naval base.

In 2018, then-President Marie-Louise Coleiro Preca signed into law a medical cannabis program. The one thing missing was a detailed list of qualifying conditions, leaving justification for prescriptions at the discretion of physicians. Unlike the limited approval for Sativex in 2015, when no one took advantage of the legal shift, the 2018 bill was welcomed with open arms by the island’s residents. As has happened throughout Europe, Malta took to medical legalization without incident, laying the foundation for conversations about legalizing cannabis for non-medical use.

With that, Malta took the torch ahead of Germany in becoming the first EU country to sign legal marijuana into law for all adults. The process was incredibly quick: Parliament approved a legalization bill December 14, and President George Vella signed the legislation on December 18. While pushing the bill through, Minister for Equality, Research, and Innovation Owen Bonnici told British newspaper The Guardian he experienced “a wave of understanding now that the hard-fist approach against cannabis users was disproportionate, unjust, and it was rendering a lot of suffering to people who are leading exemplary lives.”

What does the bill mean for consumption in the country? Adults eighteen and older now are allowed to possess up to seven grams of cannabis and cultivate up to four plants at a time. In addition, residents may store up to fifty grams of dried plant material. Possession of more than these amounts may incur a fine ranging from €50 to €100, but enforcement likely will be loose once the dust of transition has settled. Although the market won’t be large at first, a few commercial cultivation licenses already have been issued.

Time and again, we see governments recognizing any kind of war on cannabis will fail. Uruguay, Germany, Portugal, Malta, and others have seen political leaders admit to prioritizing failed prosecution systems over programs to help those with substance abuse disorders. Often, these forward-thinking political leaders admit cannabis never belonged in the same category with methamphetamines, opioids, and other so-called “hard drugs.” No matter what substance they abuse, people with addiction diseases need help, not incarceration. Sending them down the path of failure via debt or imprisonment is not the answer.

Could adult-use legalization in Malta affect us in the U.S.? Yes. If nothing else, Malta is one more country demonstrating a nation can right the wrongs it has pushed on its people. Making things right doesn’t erase or undo the past, but it does remove cannabis as a weapon to discriminate against, suppress, or profit from the people political leaders are supposed to represent. 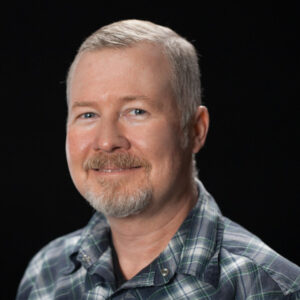 Lance C. Lambert has spent years building brands and telling stories, first in the mainstream digital media and marketing space prior to making the jump to the legal cannabis industry in late 2013. In 2022, he planted his knowledge and passion-first attitude at Grove Bags, where he’s tasked with growing the company’s brand, audience, and revenue at home and in emerging markets around the globe.