We all know the 70-year-old former U.S. Senator from Alabama is not a fan of marijuana. We also know he is very much against legalized recreational pot sales.

But while most of the writing on the subject has signaled some sort of apocalypse for the legalization movement— “Jeff Sessions’ Coming War on Legal Marijuana,” a lengthy Politico Magazine piece predicted—I’d like to approach this from a very different angle.

The legal marijuana industry, which is expected to create more than 250,000 jobs and be worth more than $22 billion by 2021, has legitimate concerns under Sessions, yes. But there is absolutely no reason for cannabis businesses to press the panic button just yet.

In fact, if you look beyond Sessions’ off-handed tough talk about marijuana—the basis for most of the industry’s concern—and focus instead on what he’s directly said about his intentions for enforcing this new and burgeoning industry, you might even feel a growing optimism.

In April, Colorado Governor John Hickenlooper, alongside the governors of Alaska, Oregon, and Washington State, penned a letter urging the Attorney General to leave their state-legal retail cannabis industries alone. Later in the month, after a face-to-face meeting with Sessions, Hickenlooper told MSNBC that Sessions “didn’t give me any reason to think he’s going to come down and try and put everyone out of business. He certainly was very direct and clearly said they’ve got a lot of priorities, and, at one point, he said, ‘Well you haven’t seen us cracking down, have you?’”

The Colorado governor’s chief of staff later added that Sessions also talked about having far greater enforcement priorities than state-legal marijuana. Most importantly, he said the AG referred to the all-important Cole memo—an Obama administration directive that gives federal guidance to cannabis businesses—as “not too far from good policy.”

In a follow-up to his MSNBC comments, Hickenlooper said he expected Sessions to revise the Cole memo and doubled down on his expectation the Attorney General (who he described as “honest,” “straightforward,” and “direct”) won’t come after states that have legalized recreational cannabis.

So, instead of second-guessing Sessions’ many anti-cannabis remarks, we should pay attention to what he’s directly said about his Justice Department’s policy priorities.

This is good news for the legal marijuana industry—and some of cannabis’ biggest supporters within the federal government are recharging for the next push forward.

“The legalization train has left the station,” Oregon Rep. Earl Blumenauer, who co-founded the Congressional Cannabis Caucus earlier this year, recently told Buzzfeed. “There will never be another president elected who’s anti-cannabis. Mark my words. Public support is growing. The evidence is getting clearer. There are more of my colleagues that care about this issue.”

As Sessions’ enforcement intentions become clearer and legalization’s momentum continues to build at the federal level, many of the investors who stepped back from legal cannabis opportunities after President Donald Trump’s election are beginning to feel more confident about potential investments in the industry’s future.

“My view in a nutshell: The voices of the twenty-eight states that have voted for medical marijuana are so loud now,” Jeanne M. Sullivan, a New York-based investor and cannabis industry advisor, told Mashable. “And what about the thousands of new jobs that are being created, revenue, and tax revenue in the eight adult-use states ? The current White House team cannot overlook that.” 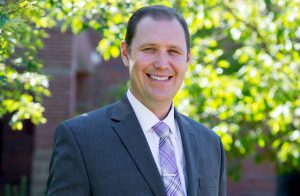 Robert T. Hoban is a managing partner at the Hoban Law Group, one of the nation’s premier cannabusiness law firm. Hoban is the former president of the Cannabis Business Alliance and a member of the National Hemp Association, the National Cannabis Industry Association, and the Colorado Cannabis Chamber of Commerce. Visit hoban.law.