My podcast obsession began more than a decade ago, with a comic-book-focused show called iFanboy. The hosts, Ron Richard, Conor Kilpatrick, and Josh Flanagan, were three friends from college who got together to talk about their favorite books via Skype every week, recorded their conversation, and published it.

I was hooked after just one episode—not just on the show, but on the whole format of podcasting. The intimate nature of the conversation, the inside jokes, and the content spoke to me. Listening to each episode felt like casually sitting in a coffee shop and overhearing Ron, Josh, and Conor debate Batman, the X-Men, and Hawkeye. After hearing a dozen or so episodes, I felt like I had developed a friendship with the hosts; that they were speaking to me as well as each other. Now, that wasn’t the case, but…

About two years ago, my colleague Anne Donohoe approached me with the idea of starting our own podcast about the business of cannabis. My firm, KCSA Strategic Communications, had been working in the sector for about four years and was a first mover in the industry at the time. I was drawn to the concept of creating a show focused on the intersection of cannabis, capital markets, and culture. Truth be told, I’m a bit of a ham so, naturally, I was attracted to the idea of having a microphone in front of me, allowing me to opine, ask questions, and throw in an occasional dad joke. The challenge was to create a show that was interesting and of value and would attract an audience.

With more than 100 episodes of The Green Rush produced, Anne and I have learned a lot of lessons.

Create your concept; develop your style

While I was an avid listener of iFanboy, I wanted more podcasts, more content, so I decided to add into my rotation a show called Hardcore History—the best show in the history of the world—created by Dan Carlin. Both shows are great, but very different. Listening to iFanboy is akin to eavesdropping on your friends, while Dan Carlin’s show is like listening to a multi-hour audiobook. Both formats fascinated and informed me as Anne and I concepted The Green Rush.

There are a lot of different types of podcasts out there. As you build yours, think about what you want to accomplish, who you want your audience to be, what you want them to take away from the time they give you, and what you want to get out of producing a show. The concept for The Green Rush was simple. We work in public and investor relations serving the cannabis industry, so we wanted to build a platform that:

At the time, few business-oriented podcasts targeted the cannabis industry, and the public markets were just opening to this industry. Our hope was investors, C-suite executives, and industry-watchers would find our conversations of interest.

Key Lesson: Once you’ve landed on a concept, you’ll need to decide on the style of your show, whether interview, monologue, conversation, or audiobook format. This will determine what type of listeners you attract. Some people want to listen to one person talking, some are looking for interviews or conversations, and others want a long-form, deep exploration of a specific topic. When you develop your show, think about the style you want to use and experiment.

At the beginning, we didn’t know what we needed in order to launch the show. Luckily, we sought assistance from a professional podcasting company. They helped us record the show, edit the audio, and post it to iTunes and Stitcher.

After about forty episodes, we realized we needed to step up our game, so we switched to a new producer, Shea Gunther, who also hosts Marijuana Today and Marijuana Today Daily. With his guidance, we elevated our podcast to a much more sophisticated operation through a few key changes. He also insisted we use better equipment, locally record our voices (Anne records in Los Angeles, while I’m in New York City), and focus on the quality of the show as much as the quality of the interview subjects. We invested in better equipment, have developed a truly relaxed flow to recording, and are focused on listening to our guests and each other better. As such, the quality of the shows has improved dramatically.

Key Lesson: Don’t be afraid to seek outside advice or consult your peers to improve your show. It’s also important to know the quality of your equipment is extremely important. Podcast equipment can range from very inexpensive to very, very expensive. If the audio is low quality, your audience will not come back to listen again. We invested about $1,000 each to buy good recorders, mics, cables, and other devices. (See our equipment list in the sidebar.)

Over the past two years, I have made every mistake possible in recording our show, from forgetting to turn on my recorder to not properly setting up the equipment and recording in a place with too much ambient sound. (For example, my dog Molly barked in the background during more than a few shows). Mistakes happen, though ideally not more than once.

Learn how to use your equipment and make a podcast checklist before you start. Anne developed a great checklist we use now before we record each show, ensuring our quality is top-notch and our audience can focus on the content, not the sound.

The audience of The Green Rush has come to expect our show to publish every Thursday. Thanks to the hard work of our producers, we have yet to miss a publishing date. We initially published on Wednesdays and made the switch to Thursdays late in 2018. Luckily, our audience was forgiving and was cool with the switch, but they have come to expect us to publish on the same day and time on a consistent basis. Since they are giving us their most valuable resource—their time in listening—we need to respect that.

Key Lesson: Podcasting is a commitment. If you want to build a real audience, you must be clear with your publishing schedule and stick to it. You can’t be a weekly show and only publish once a month. I know this sounds obvious, but there are times you just don’t want to record. Your audience is expecting the next show, and getting it done, even when you don’t feel like it, is respected by your listeners.

As an interview show, we want to have an engaging conversation with our guests. Our team does research on the guest and rotates writing the script of questions in advance. Yes, we have our questions written out ahead of time. Hopefully, we sound casual and off-the-cuff, but we put hours of prep into each show. The best shows are the ones when we are able to do a lot of prep. We have found the more research we do ahead of time, the richer and more interesting the conversations with our guests. The less work we do, the more generic the conversations.

Case in point: our interview with Mike Tyson. Before sitting down with him, I did at least twenty hours of prep to make sure I wasn’t asking the same questions he had been asked over and over. This resulted in one of the deepest, most soulful interviews we’ve conducted to date.

Key Lesson: The best way to ensure you will have a valuable and interesting conversation with your guests is to be prepared. It would be a missed opportunity to move forward with your show without the proper research in advance. With a little bit of preparation, you’ll maximize your time as well as that of anyone else working with your show. 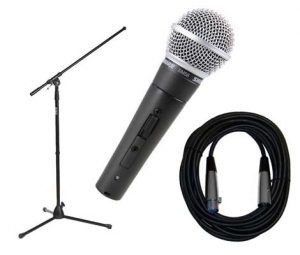 Joe Rogan Level: Shure SM7B. Another classic mic that is now ubiquitous in the world of podcasting, the Shure SM7B offers sound quality like no other. Save your pennies, as this mic will set you back $400. 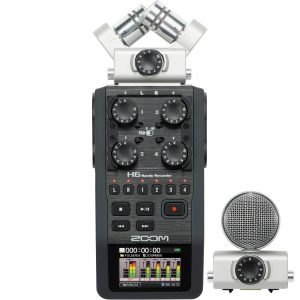 Joe Rogan Level: The Zoom LiveTrak L-12 offers channel-level recording and mixing along with five headphone outputs and loads of other podcast-friendly options. Worth every bit of its $600 cost. 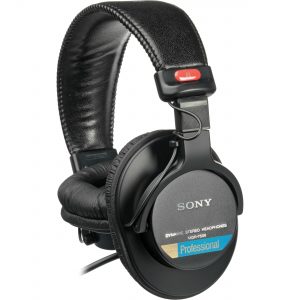 Sony’s MDR7506 and MDRV6 both offer high-fidelity monitor sound, so you hear exactly what your microphones sound like. There’s no extra boosting or sweeting of the audio at the headphone levels, which could mislead you as to the quality of your own recording. Both are light and easy to wear, yet built to last.

All the gear we use needs XLR-type audio cables. Shop for color and quality build, but make sure not to overpay.

Headphone amplifier (Used to connect more than one set of headphones together.)

Presonus HP4. A useful bit of equipment you can use when you’re not podcasting to switch computer sound between speakers and headphones. Runs $140. 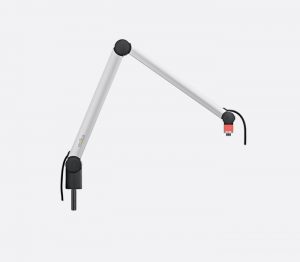 A good mic boom is key, as you will spend a lot of time adjusting the microphone in front of your face.

Budget Level: Rode PSA 1 Swivel Mount is our boom arm of choice. A good value at $100. 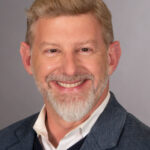