Kushy Punch founder and president Ruben Cross on launching a new vegan and tincture line, expanding into other states, and eye-catching, envelope-pushing ads.

This year was a good one for Kushy Punch: 700 dispensaries now carry the company’s products, a massive increase from 2015. According to founder and president Ruben Cross, 36, the main growth came from the Kushy Punch gummy line, in particular, Kushy Punch Sativa. In late 2016, the company launched the KushyVape product line that has started to show growth, too. Many good ideas contributed to Kushy Punch’s success but perhaps none more so than the company’s eye-catching, irreverent, and singular advertisements.

“I come from the online marketing world where you have three to five seconds to capture someone’s attention,” said Cross. “I come up with the tag lines and ideas for the ads and work with our designers to make them come alive. Sometimes we have been known to be a little ‘out there,’ but whether you love them or hate them you will always remember them.”

Before launching Kushy Punch, Cross built a mini-website empire which he sold to a German online media company in 2012. He had no idea what to do next. While volunteering at Kushism dispensary in Van Nuys, California, he noticed patients did not have many options in the edibles department. As patients became more health-conscious and began monitoring their sugar intake, Cross saw a need for a product that could provide relief for ailments without compromising other areas. He decided to launch a medicated nuts line.

“I went out into the field doing sales and realized people were looking for something else,” he said. “So came the birth of Kushy Punch in 2014, to fill a need in the market for a product that was small, portable, and potent.”

How many employees does Kushy Punch have now?

We have thirty-five in-house employees and another five key talents contracted to work with us on a consistent basis. We believe in building up and promoting from within whenever and wherever possible.

We also reach out into our network of people and bring in new faces to the operation when necessary. There is so much talent out there and sometimes people from outside the company can bring to the table that missing link. 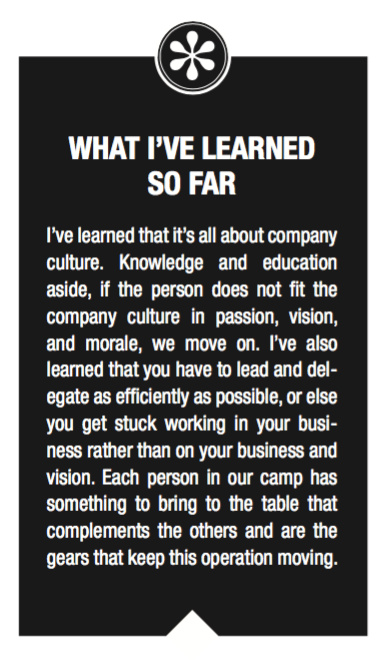 You have a very creative marketing department.

I think clever marketing always helps a brand. Ads that create some kind of emotional hook work the best. You might see an ad and disagree with it strongly, or love it, but either way you’re paying attention.

My job when I’m wearing the marketing hat is to release ads that create some sort of emotional pull. We try to poke fun with our ads, but I’m sure we have probably pushed the envelope too far for some people. I know we had an ad that said ‘Kushy Punch may help with PMS,’ and it was a guy giving a Kushy Punch to a woman that was visibly not in a good mood. Some users from Instagram were upset with us.

Nevertheless, despite the occasional irreverent humor, we make an emotional impact by letting them know how we can help or what our products are good for.

What do you predict for the edibles marketplace?

I think the edibles market has a lot of room for growth. The market will mature with better products being introduced and much better dosing info, packaging, and potency. We have to work much harder now to keep up and be a leader.

What products are you readying for launch?

I have been working very hard at launching a completely new brand that is focused in the CBD space. I feel like there is a huge market for people who want the medicinal benefits of cannabis and hemp but do not like to alter their mindset.

As far as our Kushy Punch brand, we are working on launching tinctures and a vegan line.

What three challenges you think Kushy Punch will face in 2017?

Getting full licensing, hiring and building the right senior management team, and expanding into other states.

Where do you see Kushy Punch in the near future?

In three years, we will expand into almost all the states that have medical and recreational markets. I think in five years, we will be considered the leader in this industry. By the tenth year, hopefully the political, social, and cultural landscape of cannabis will have changed drastically across the country. At that point, I hope to have created a legacy that can adapt and drive the vision.

What I’ve learned so far

I’ve learned that it’s all about company culture. Knowledge and education aside, if the person does not fit the company culture in passion, vision, and morale, we move on. I’ve also learned that you have to lead and delegate as efficiently as possible, or else you get stuck working in your business rather than on your business and vision. Each person in our camp has something to bring to the table that complements the others and are the gears that keep this operation moving. 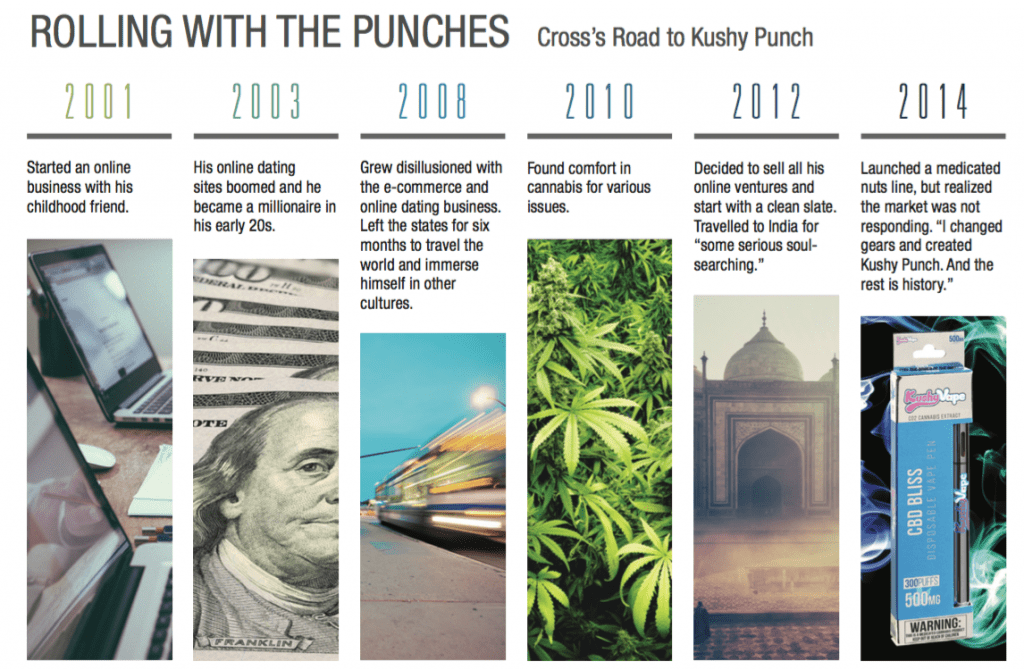