WEST HOLLYWOOD, Calif–Networking event Connecting Cannabis met at The Abbey bar and restaurant located in West Hollywood, California, on Monday night to reach out to industry members on behalf of cannabis advocacy nonprofits.

Connecting Cannabis founder Jackie Subeck opened the presentation with an observation of industry players–half of which, she said, work as advocates to help shape policy and advances for the industry. The other half, she added, are simply interested in making profits without contributing funds or time to the struggle for legal adult-use cannabis and legislative reforms. 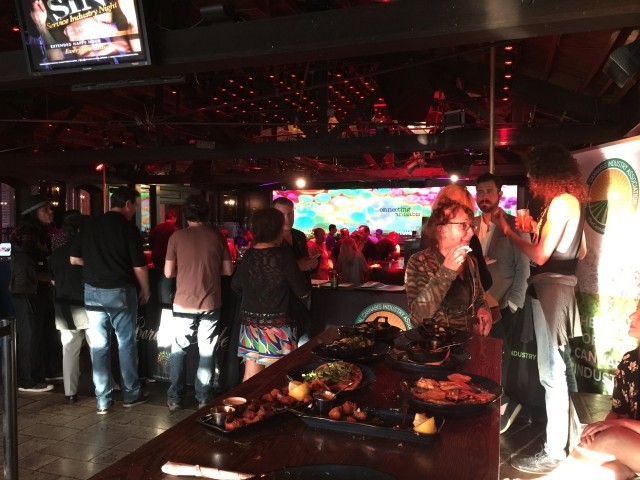 “If we had said, ‘the topic tonight is how you can make money in the cannabis industry,’ the place would’ve been packed,” Subeck noted. “We couldn’t get people here for this topic.”

She went on to encourage industry members to be not just entrepreneurs; but also to understand their role as “drug policy reformers.” Understanding the history of advocacy in the industry, Subeck said, was important since advocates have “died, been incarcerated, and families have been destroyed,” in the course of bringing legalization to its current level. 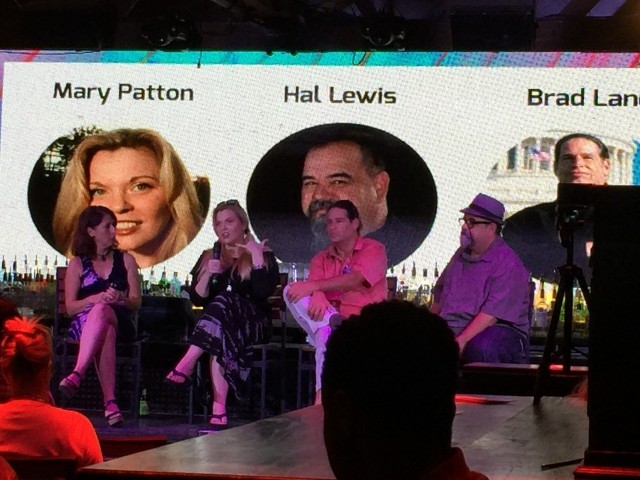 Lewis, with more than thirty years of cannabis advocacy, said that many approach him asking how they can get in the industry, but few have interest in advocacy. However, without continued support for advocacy, the industry is in danger of being stopped before it starts.

“Everyone’s fighting for a piece of the pie, but there’s no pie in the oven yet,” Lewis commented to the audience.

Cannabis Planet TV’s Brad Lane said when he first started advocating for cannabis more than twenty years ago, he had a “three-foot rule.” A multi-level marketing term, Lane explained that “anyone within three feet of him got his spiel,” in favor of legal cannabis.

Lane added that early cannabis advocates were like “Jackie Robinson breaking the color barrier in sports,” but that demands on advocacy and industry members’ support are more important and challenging than ever.

Patton, an advocate for more than ten years, also spoke to the history of the industry and “stoner shaming.”

“Everyone that made this possible for us was a stoner,” Patton pointed out. “There’s a kind of consciousness that comes with this [advocacy]. There’s still people sitting in jail, and we’re not free until they’re free.”

Lane talked about the importance of educating the public, “to push the message.” Lewis encouraged industry companies to develop programs to give back to their communities-at-large, starting with something as simple as a food drive. Patton said to continue working as “an industry of compassion,” and to “tell your story” to legislators in letters and phone calls.

All the panelists urged the audience and industry members to support advocacy nonprofits with funding and volunteer hours.

Subeck also suggested that companies earmark a certain percentage of their monthly revenues to go to organizations. “Let’s show people how awesome cannabis people are,” she said.