Sagely Naturals’ story is like so many in the CBD category: The founders, Kaley Nichol and Kerrigan Hanna, who are both mothers, were complaining about aching muscles, tight joints, and overall discomfort. Instead of turning to over the counter drugs, they opted to give CBD a chance—once they knew what it was through their children.

Kaley and Kerrigan knew there was a business here and promptly found a chemist and began creating Sagely Naturals. “We felt strongly that our friends and families would not have known about the benefits of CBD had we not created this brand,” Kerrigan noted. “In the end, it was the lack of accessible, premium, and safe products in the marketplace that inspired us to create Sagely Naturals.”

They knew they had to source the best ingredients to accomplish their mission. They quickly found a hemp farm that had a stellar reputation to source the CBD. They embraced the concept of triple lab testing, and made sure there were no artificial colors, synthetic fragrances, dyes, or sulfates. They loaded the creams with essential oils—and, most importantly, peppermint and menthol.

“This gives a cooling to the skin,” said Kerrigan. “It’s also non-greasy and absorbs very quickly.”

The Santa Monica, California, based company is ready to expand distribution to include dispensaries in California. Up util now, they have gone after more traditional retail outlets due to the fact that the product’s active ingredient, CBD, is derived from hemp, instead of cannabis with higher levels of THC, as-well as selling directly from their website.

Other ingredients include safflower seed oil, an effective hydrating agent, and Aragan oil, which is full of vitamin E and potent fatty acids that nourish and hydrate the skin. 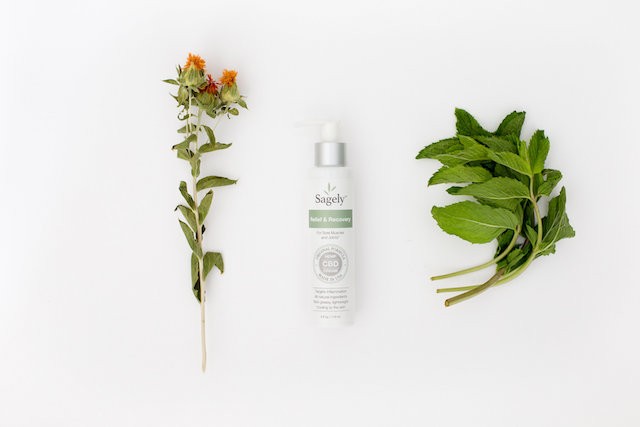