For more than twenty-five years, Gnome Grown’s farm has supplied sought-after flower to the Pacific Northwest. In fact, over the years the farm has taken on an almost mythical status. Locals wonder what arcane methods could explain the operation’s extraordinary success. Master grower and Gnome Grown founder Dan McCalister said there’s really no secret. He refers to himself as a “gorilla grower” who has a tremendous respect for the growing cycle’s perpetual motion. “A continuous, living soil fosters optimally nourished cannabis of the finest quality,” he said. “We honor holistic care for plants, soil, water, and compost. We believe the many symbiotic relationships within a healthy ecosystem create our renewed, naturally rich growing conditions.” 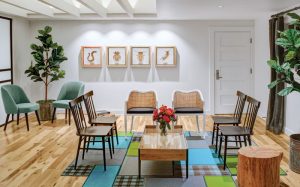 Early last year, McCalister caught the retail bug and began dreaming about opening an upscale dispensary. Being an accomplished woodworker, he started crafting the aesthetics along with The High Road Design Studio’s Megan Stone. They agreed the shop would be a one-of-a-kind, signature destination that both offers a whimsical customer experience and carries the best flower in Oregon City, Oregon.

The design began with custom entry doors. Created from wooden garden tool handles, the hardware is stylishly wrapped in hand-stitched leather and attached to the doors with powder-coated turquoise. Custom shadow boxes containing larger-than-life effigies of insects decorate the lobby, a blithe nod to the “army of critters” that are vital to organic farming. A massive topographical map fairly jumps off of the wall, telling the story of McCalister’s early training in organic farming. Handmade, oil-rubbed tin-cloth upholstery abounds, an ode to the funky apparel McCalister has worn for decades. In the bud room, colorful powder-coated Mason jar lids—the tried and true storage container for cannabis lovers—display individual buds on custom-designed hickory and linen trays.

“It’s one of the cutest boutique stores of any kind you will ever step foot in,” Stone said. 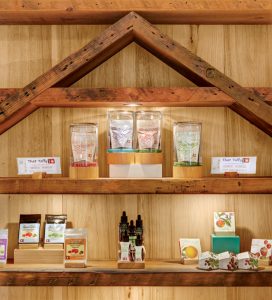 Sales Director Arsenio Torres deserves at least some of the credit for that. At 40, he’s a dispensary veteran, having worked at New Vansterdam and Oregon’s Finest for many years. While at New Vansterdam, he and his team secured licenses for five locations in Oregon. When the company decided to move in a different direction, Torres found a home at Gnome Grown, where he presides over a staff of twenty people he’s grown to cherish. “We have an amazing staff that is friendly and knowledgable,” he said.

The majority of the dispensary’s customers seek the farm’s exceptional flower, he said. Pre-rolls and edibles follow in popularity. Torres revealed many customers drive more than an hour to purchase top-tier strains like Bruce Banner, Dutch Treat, and Tangie.

When it comes to the other products the dispensary offers, Torres is especially picky, often agonizing for days about what to stock and seeking repeated input from employees about aspects such as price, shelf life, and quality. “We have been very mindful to stock producers and processors that are conscious of how they grow and what impact they are having on our environment,” Torres said. “By taking this approach, we have been able to gain the trust of our consumers.” 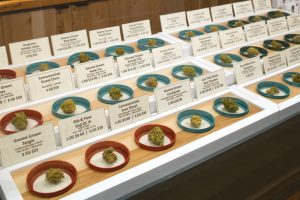 Both Torres and McCalister are sticklers for education, requiring each new staff member to undergo a five-day training regimen. Neither would ask an employee to perform any task they are not able or willing to perform themselves.

Torres starts each day at 6 a.m. with a big pot of coffee before heading for the farm in Canby, about twenty-five miles from the dispensary. While at the farm, he and the founding partners and growers discuss issues requiring attention, strategies, and changes in regulations. When it comes to cannabis businesses, managers must be flexible, he said. “Really, my day-to-day duties vary, depending on what is happening in the industry,” he noted. “The cannabis culture is still developing its maturity every day, and that comes in a variety of different forms: trade shows, promotional events for the rec consumer, regulation changes, etc. All of it keeps my life pretty exciting on a day-to-day basis.” 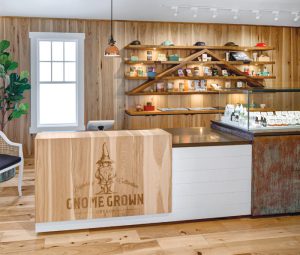 Because of Torres’s prolific background in retail cannabis, Gnome Grown has avoided most of the pitfalls with which other shops have had to deal. “We have had some issues with permitting for small things like where our sign can be placed, but we have gone relatively unscathed compared to some of the horror stories I have heard,” he said.

Is there anything that keeps him up at night? 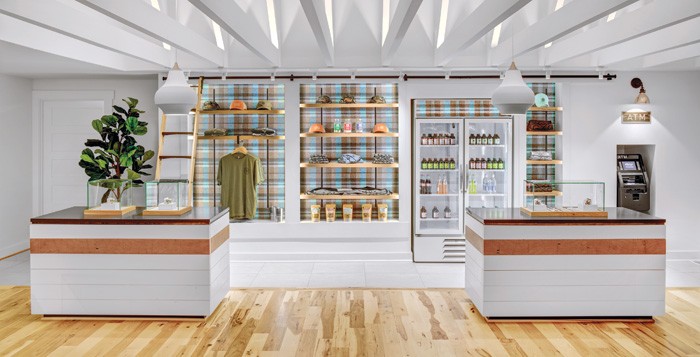