Despite Washington State’s falling prices, draconian tax and credit card challenges, Seattle Cannabis Co. continues to thrive by standing out from the crowd.

Seattle Cannabis Co. benefits from having five owners with different professional backgrounds. All of them, however, had at least some experience in the medical marijuana field.

Co-owner Steve Ode, 31, worked in the growing service industry. In 2013, he and his brother and sister-in-law launched the grow Marigold Products Inc. “After doing a lot of research, we found it made more sense financially for us to become a retailer,” Ode said. “In Washington State, there was a lottery system for retail applicants, and initially we were put as seventh on the waiting list. Enough applicants either gave up or couldn’t comply with all the state’s demands, so eventually our name came up.” 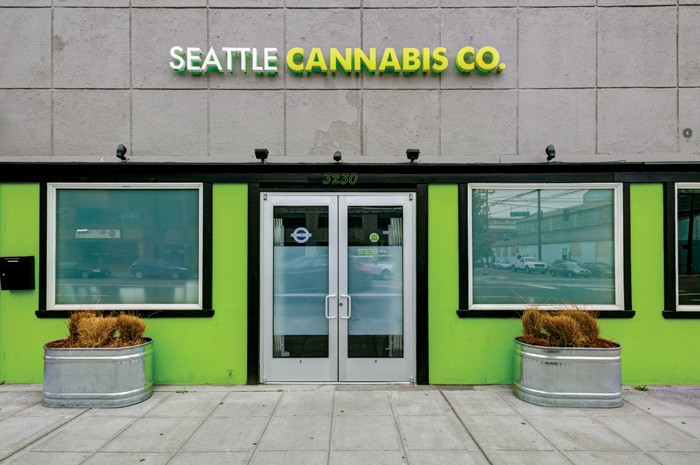 Design
“We were going for a clean, open, inviting space,” Ode said. “We wanted to maintain the spirit of the industrial neighborhood we’re in, so we made use of live-edge shelving, exposed beams, piping, and old barn doors. The aim was to move away from the clinical aesthetic and layout of most of the shops.” 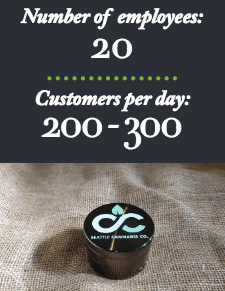 Budtender requirements
“The number one requirement is to have good customer service,” said Ode. “Product knowledge can always be taught, classes can be taken, but it is much more difficult to teach someone to provide good service. Other than that, attention to detail, good math skills, and cannabis interest are all-important.”

“Business has been good, but everything has changed since we opened. Prices have fallen a lot; some of our products have seen about a 50-percent price reduction. That’s because, although there is a limit to the amount of retail locations allowed, there is no limit on the amount of producers and processors. Competition is extremely fierce among producers and processors, while retailers get to be very selective about what they choose to carry.” —Steve Ode, co-owner, Seattle Cannabis Co.

Best sellers
“Flower is still the king, but edibles and extracts are not far behind,” according to Ode. “We’re still at the point where high THC percentages tend to get the most attention but, as customers learn more about terpenes and the entourage effect, their buying habits are changing. High-terpene concentrates are popular right now, as are infused holiday cookies. A segment of our customers are looking strictly for CBD-heavy strains and products.”

Staying in compliance with ever changing laws, regulations, and new rules.
“Washington State has not made it easy for us. The number one challenge is staying updated and in compliance with the changes in the law,” said Ode. “You must be adaptive to not only change how you do business at a moment’s notice, but to work with state systems which may not always operate as intended.”
Accepting payment and working with banks.
“Initially, there were zero banking options since marijuana is still federally illegal,” Ode noted. “We used to have a lot of cash on hand when we first started. Luckily, there are a few different options now, but it’s still a big pain to accept credit cards. Different solutions have come up for accepting credit, but none of them have survived for very long.”
Standing out from the crowd.
“We’re surrounded by other retail locations competing for similar demographics, so we had to find our niche,” said Ode. “Considering Washington State was the first state to legalize, we figured there would be a good amount of marijuana tourism. We chose our name so we’d have the most search engine visibility for cannabis users visiting Seattle.”

Sales
“Business has been good, but everything has changed dramatically since we opened,” Ode said. “Prices have fallen a lot; some of our products have seen about a 50-percent price reduction since that time. That’s because, although there is a limit to the amount of retail locations allowed, there is no limit on the amount of producers and processors. Competition is extremely fierce among producers and processors, while retailers get to be very selective about what they choose to carry. I don’t want to get too into the numbers of our company but, like most retail stores, we rely on moving lots of products to be profitable.

One thing to keep in mind is that we are taxed much more heavily than other businesses. We have to pay state excise tax of 37 percent and city sales tax of 9.6 percent, as well as fees for certificates and authorizations specific to the industry.”