While much of the conversation about innovation has been centered on new scientific studies and technology that maximize both product quality and variety, it’s likely the next crest of the green wave will be focused on branding and retail. After all, the industry needs sophisticated and convenient establishments to sell all these new, cutting-edge products. The demographics of the average cannabis consumer are changing rapidly, and to achieve sustainable success, dispensaries and brands need to be flexible in creating brands and retail experiences that exceed expectations.

The future of the cannabis consumer environment poses a few interesting questions:

First, let’s take a cue from the supermarket and grocery industry as we aim to answer these questions. In many regions, cities, and towns, there may be a Whole Foods, Trader Joe’s, and major regional chain (e.g., Kroger, H-E-B, Randalls, ShopRite, Safeway, Food Lion, etc.) all within the same zip code. They technically offer the same categories of items, but each caters to completely different demographics, and shoppers expect to find different brands, product styles, and price points within each store.

I expect a similar landscape to form within the cannabis retail industry. Distinct styles of dispensaries will attract particular customer bases, rather than a one-size-fits-all retail approach.

However, this sort of branding and differentiation in cannabis is still in its infancy, as a February 2022 study from Brightfield Group’s report Northern Highlights: Outshining Canada’s Cannabis Market indicates brand loyalty is essentially nonexistent for a third of consumers. According to the survey, consumers instead prioritize purchasing factors like price, whether the product worked well for them previously, and location of sale. But the industry can work around this perspective: Rather than concentrating on more deliberate branding of particular products, which certainly will continue to grow and improve naturally over time, the industry can focus on the branding of retail stores and dispensaries.

This is already in the works. For instance, Cookies Retail epitomizes cool and modern, like a Supreme shop for cannabis. MedMen certainly has had its issues and controversies, but the pristine and educational store format brought an Apple-esque ethos to the cannabis retail scene. And Planet 13, whose locations in Las Vegas and Orange County, California, are among the largest dispensaries in the world, goes the sensory-overload, big-box route—the Uniqlo of cannabis, perhaps? It’s super contemporary, but it’s still for the masses at the end of the day.

Let’s get one key point out of the way first: The “Coca-Cola of cannabis” has yet to emerge. Potentially because the plant remains illegal at the federal level, we have not encountered our industry’s messiah brand—a household name that’s synonymous with cannabis the way Coca-Cola is with soft drinks, Nike is with sneakers, and Google is with search engines. Sure, we have plenty of 7UPs, Reeboks, and Bings (ironically, I had to google “search engines other than Google” to name-drop Bing here), but these brands, while popular and of high quality, do not fully epitomize cannabis culture as we know it. Cannabis consumers’ messiah has not arrived yet.

Of course, there are successful, multistate consumer brands like Toast, WYLD, and Wana Brand—the latter entered into an agreement in October 2021 to be acquired by Canopy Growth for nearly $300 million—but they have yet to fully penetrate mainstream culture. The reality is, as marijuana remains federally illegal and classified as a Schedule 1 drug, it’s still stigmatized and taboo for many. More than half the country still prohibits recreational adult use—an ironic fact, considering I’ve never heard of medicinal Coca-Cola being prescribed for a chronic medical condition.

But, there is hope on the horizon: Senate Majority Leader Chuck Schumer’s legalization bill, though expected to face an uphill battle in Congress, is still an important step forward. The bill likely will influence cannabis legalization efforts, and certain beneficial elements could be incorporated into other bills that could pass this year. I do believe federal legalization will happen during this decade, and with national acceptance come renewed opportunities for brands and retail stores to insert themselves into the everyday lives of consuming adults. And let’s not forget all the influential famous folks—from championship-winning athletes to musicians, movie stars, and more—getting into the game with their own companies and brands. All signs point to the Coca-Cola of cannabis arriving sooner rather than later.

The future of cannabis branding and retail is not unlike that of other industries. Targeting different consumer demographics will be crucial, and the market will offer a diverse array of product categories for a variety of needs and desires. Recognizable name brands will lead the way and eventually propel cannabis use and culture into mainstream American society. 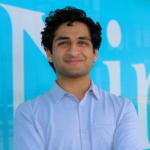 Arshad Lasi is chief executive officer of The Nirvana Group, a vertically integrated, family-owned cannabis company with operations in Oklahoma and New Mexico. The company’s operations include a cultivation and extraction facility, a processing facility, house brands, distribution, and the only cannabis cash-and-carry concept in Oklahoma. The Nirvana Group also owns an expanding list of medical dispensaries throughout Oklahoma.