Check out these five grass-ceiling-breakers to watch in 2018.

2017 was a colossal year for the cannabis industry, measured by rising attendance at nearly every conference and in the number of states across the country that finalized or introduced cannabis legislation. The year also was important for women, who have begun to receive recognition for their significant contributions to the industry. As 2017 comes to a rapid close, we highlight five women you may not yet know who are making incredible strides, often behind the scenes, while gearing up for 2018. Keep your eyes on these powerhouses; they are game-changers. 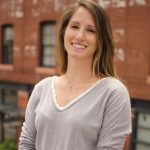 If you’re launching a processing facility or hoping to enhance your product, meet Carolyn Burek. A biochemist, she spent nearly five years in both academia and biofuels before entering cannabis as the lead chemist for a Denver-based extraction company, where she was charged with getting the facility online compliantly and quickly. “I’d never considered working in cannabis but saw an enormous opportunity. I was anxious about the stigma at first, but knew I could use my experience and knowledge to satisfy a real need…while helping people gain access to high-quality medicine.” Burek quickly rose to the top of her field, winning third place for Best Concentrate at the 2016 THC Magazine Championship. “[Jett Cannabis] won this award within one year of launch… This is when I knew I was part of something special.”

Burek went on to launch Metta to focus on cannabis startups outside Colorado. Since then, she has been involved in facility design and licensing procurement processes for businesses in Texas, Pennsylvania, Arkansas, Florida, Ohio, and California. She doesn’t plan to slow down in 2018. “I cannot wait to help more companies achieve licensure and become operationally sound,” she said. “I love designing extraction facilities and never stop learning. Eventually, I want to be more involved as a traditional educator, so more people understand how to safely manufacture cannabis. I also want to collaborate with government agencies so we build attainable regulatory frameworks while promoting consumer safety and healthcare.” 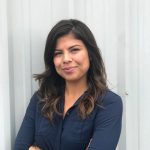 Marisol Olea was the first employee of Mendocino County, California-based Old Kai Logistics (OKL), a rapidly expanding distribution company. “I love our name,” she said. There is a town called ‘Boonville’ here [in Mendocino], known as a safe place for creative thinkers and bootleggers, and it offers its own, near-extinct, folk language called ‘Boontling.’ Old Kai is a Boontling term for ‘coyote’.

Olea began as an office administrator in 2016, assisting with the day-to-day minutia of running a business. In one year’s time the extraordinarily humble single mother became the director of operations, where she has played an integral role in co-building nearly every system within OKL including customer relationship management, complex inventory controls, and the many processes involved in managing a high-volume logistics company. Prior to OKL, Olea was a nursing student. “I was going to work for OKL part-time while in school, but as I got started and realized how much needed to be done, the role grew and grew,” she said. “I realized within a few months that I could still help patients and decided to join OKL full-time. Telling my family was not easy, but they are now very proud of me for how much I have accomplished, all while raising my young son.”

While Olea prefers to stay behind the scenes, her efforts have resulted in explosive growth throughout 2017. “Sometimes I don’t give myself enough credit, but I am pretty damn proud of my achievements this year and so excited about the future,” she said. “If at the beginning of 2016 you had told me I would be helping to build a company from three to over twenty-five in less than a year’s time while developing a logistics platform from scratch, I wouldn’t have believed you. Everyone takes great pride in what we do here, and I am grateful to have been part of this journey.”

With 2018 on the horizon, Olea is a woman to watch, driving OKL’s mission as the business pursues SoCal and beyond. “I have my eyes set on efficiency and scalability, and I will outwork our competition,” she said. “Then I’m looking beyond: Florida, New York, it is all possible. There is no book written for what we do. It is history in the making. Anyone can invent themselves in this industry, and I hope more women come into this and do just that.” 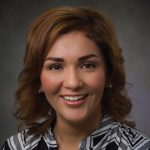 Jessica Velazquez and her partner, Maritza Bermudez, founded Nevada-based K&H Consulting in 2016 after identifying a need for experienced certified public accountants and financial services professionals in the cannabis industry. Velazquez hails from traditional business, having worked for PricewaterhouseCoopers and Ernst & Young, as well as Zappos.com. “As a licensed CPA, I was initially hesitant about the industry, but I did my homework, sought advice from state and federal oversight boards, and realized my past experiences gave me the ability to understand the needs of both large and small companies and decided to take the leap.” Velazquez, a first-generation Mexican-American, said she was driven to change the perception of cannabis and the industry for a very personal reason. “I grew up in a predominantly Mexican immigrant neighborhood on the Southside of Chicago and experienced the social injustice of the War on Drugs firsthand, as it disproportionately affected our minority community. I wanted to help shift the conversation.”

Velazquez’s unwavering commitment to excellence and compliance, complemented by her passion for helping others, has served K&H well. The business is expanding quickly and, under her leadership, has doubled in size within the first eighteen months. The firm recently opened an office in Los Angeles to “bring knowledge and experience derived from the heavily regulated market of Nevada to companies in SoCal.” She is hyper-focused on growth and hopes to see more women and peopale of minority backgrounds carving out roles for themselves in cannabis. “Never forget your end goal,” she said. “There will be many distractions along the way, but stay the course and find the best route for you. We will have a national footprint by the end of 2018.” 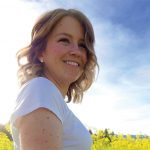 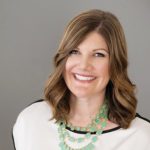 Launched in 2017, Sonoma, California-based Garden Society is making waves within NorCal’s cannabis scene. Driven by founder and Chief Executive Officer Erin Gore and her business partner and head of marketing, Karli Warner, GS already has gained national attention from Forbes, The Today Show and NPR, among others, for their locally sourced, high-quality cannabis edibles. Gore, who spent more than ten years in corporate America, became interested in cannabis as a medicine. “I had both of my hips rebuilt from playing college basketball and started looking to cannabis to treat pain,” she said. “From there, I started asking myself if [cannabis] could also help things like anxiety or sleep.”

As her curiosity grew, she began researching cannabis products, but was not satisfied with her options. “I had a hard time finding products made for women that were low-dose, tasty, and of high quality,” she said. “Women have many pain points—managing a household, kids, work, whatever it is—and I realized cannabis can provide therapy for so many of these issues.” Gore always had wanted to be an entrepreneur, and it wasn’t long before she decided to quit corporate America and pursue cannabis full-time. “I tapped Karli, told her I had this crazy idea and asked her what she thought,” Gore said. “Without hesitation, Karli was in.” The two moms spent 2016 mapping out their business strategy and product roadmap, eventually partnering with a Michelin-rated chef who was eager to contribute his culinary background to the endeavor.

Warner, who manages Garden Society’s marketing and communications, comes from the wine industry and was excited to build a product line for female consumers from the ground up. “It’s been so fun to build a brand disrupting the space,” she said. “I want to let women know these products exist…giving them another tool in their medicinal toolbox.”

To facilitate education, Garden Society hosts monthly garden parties, providing wine, cheese, and a safe, comfortable learning environment for canna-curious women. “Our goal is to empower women to take control of their health,” said Gore. Their industry contributions do not end there. The two also co-manage W Empowered, a California-based association for female cannabis executives. “W Empowered focuses on compliance and policy,” Gore said. “It is a place where we can share ideas and challenges and continue learning.” Garden Society is preparing for licensure, and the company’s 2018 plans include hiring more brand ambassadors and launching two new products. According to Gore, “This is a beautiful medicine and plant, and we are excited to get these wellness products into the hands of women.” 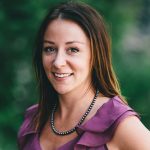 Ashley Picillo is the author of Breaking the Grass Ceiling: Women, Weed & Business, a biographical collection detailing the stories of twenty-one women in cannabis. She is also the founder of and chief executive officer for Point Seven Group, a women-owned and women-run cannabis consultancy specializing in licensing procurement, facility design, and brand creation.