The adult-use initiative, Proposition 64 on the November ballot, is swallowing most of the oxygen around the state capitol.

But inside the building, California legislators spent their August work sessions arguing about the fates of several minor-league cannabis proposals.

The scene was nothing like last year, when an unprecedented trio of bills advanced through both houses and became the state’s historic medical cannabis regulatory package. This summer, self-interested tax schemes and housekeeping measures replaced bold policy strides in Sacramento.

Legislators are content to let the voting public handle the heavy lifting in the state’s cannabis evolution this year, with most politicians watching from the sidelines as Prop. 64 gathers both momentum and opposition.

The proposed legislation was the most ambitious cannabis bill on the docket for 2016. It included provisions to establish track-and-trace programs and would have taken strides toward resolving the banking issues that plague the industry.

Several legislators indicated AB 1575 was a poor-timing victim of Prop. 64, which features several components about advertising and marketing and track-and-trace. The presumption is that if Prop. 64 passes, its language will establish baseline solutions for questions left unanswered by last year’s regulatory package. If the initiative fails, well, the guts of AB 1575 always can be revived and applied to medical cannabis laws.

The Bonta bill wasn’t the only noteworthy cannabis bill spiked in committee. AB 2243 by Jim Wood (D-Healdsburg) would have set taxation rates for distributors, requiring fees of $4.75 to $13.25 per ounce for flower, depending on the type of license involved, and $1.25 for immature plants. Wood’s bill was specifically tied to the outcome of Prop. 64, which means it can be revived if the initiative fails.

Finally, AB 2149 by Susan Bonilla (D-Concord) was held in committee. The legislation would allow tax authorities to collect payments in cash without requiring penalty fees.

Several other bills advanced during the summer session. Significantly, Jim Wood’s AB 2516, which would create a unique Type 1C license for “specialty cottage” cultivators—2,500-foot canopy and twenty-five plants outdoors or 500 feet indoors—looks ripe for approval. AB 2385 by Reggie Jones-Sawyer (D-Los Angeles) appears headed for success, too. The bill is a work-around of L.A. Measure D and allows state officials to issue commercial cannabis licenses to qualified applicants who don’t fit under restrictive local rules. Local control over cannabis is a touchy subject in Sacramento, and legislators are highly reluctant to weaken local bans. So, AB 2385 represents progress.

As the legislative season winds down and politicians direct their focus to November elections, Prop. 64 will take the starring role in the theatrics surrounding California’s cannabis future.

Summertime polls are notoriously fickle, but the Probolsky Research group from Newport Beach surveyed 1,020 likely November voters across California in August and found 62 percent of them would vote yes on Prop. 64, the state’s adult-use initiative. Interestingly, 45 percent said they “definitely” would vote in favor of the proposal, which demonstrates significant enthusiasm three months before election day.

There are several rules to remember about polls, starting with the question of who funds them. Pollsters can play endless games with questions and data to keep clients happy. Probolsky didn’t announce any client identities, but its methodology in the Prop. 64 matter seems straightforward. 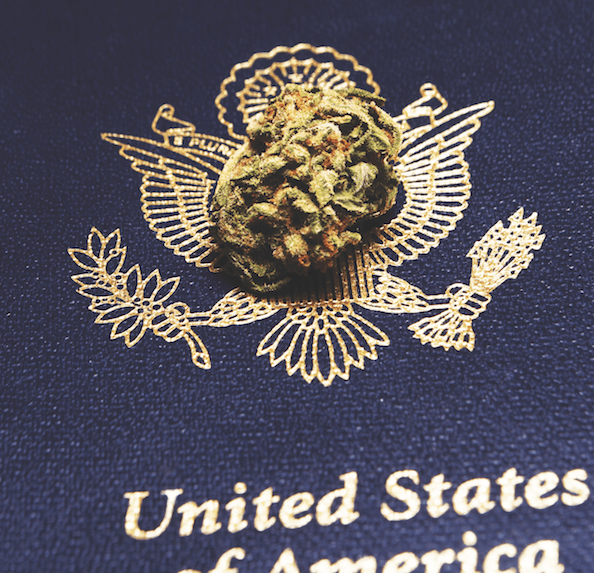 Despite apparent enthusiasm among voters, Prop. 64 has collected a formidable list of opponents. Heading the list is former U.S. Representative Patrick Kennedy, son of the late Sen. Edward Kennedy. The younger member of the iconic family has raised more than $2 million to defeat adult-use initiatives in five states, with California prominent among them.

The Kennedy argument plays well among voters: Recreational cannabis is dangerous for children and overwhelmingly impacts underserved neighborhoods. “It’s putting our children at risk and has exposed children from communities of color to more racial discrimination than before,” Kennedy said.

The former congressman from Rhode Island has support from U.S. Sen. Dianne Feinstein (D-California) and members of the law enforcement community. State Senate leader Kevin DeLeon, a democrat, may join the anti-Prop. 64 team, noting he wasn’t convinced the proposal is in the state’s best interest.

Kennedy’s group is called Smart Approaches to Marijuana. In California, it will hammer home the suggestion that Prop. 64 is simply a vehicle to allow venture capitalists like Sean Parker, who has backed the initiative with $2.5 million, to dominate the state’s cannabis industry with large-scale vertical integration of cultivation, manufacturing and retail licenses.

Opposition to Prop. 64 demonstrates a major change in the atmosphere between this year and last summer in Sacramento.

An unbeatable coalition backed the successful 2015 legislative package—cultivators, law enforcement, dispensaries, local communities, and even Republicans and Democrats all put most of their differences aside and worked for passage of the regulatory structure.

This year, support has scattered, with several members of the old coalition actively working against the adult-use initiative. The Nov. 8 election will indicate whether voters have noticed.

News that the Drug Enforcement Administration will keep cannabis on the notorious list of Schedule I drugs didn’t impact any pending legislation in Sacramento. However, the decision did cast a dark cloud over any hope of finding remedies for the banking prohibition.

Several California legislators and the state’s business taxation authority, the Board of Equalization, have been working hard to find solutions to the problem. State officials rightfully recognize banking restrictions as a major scourge in the industry. Unfortunately, they can’t look to federal leadership in Washington D.C. for help. 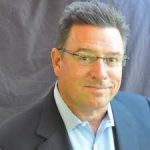 R.E. Graswich is a veteran author, journalist, broadcaster, and communications consultant. He has written extensively about state and local.