In November 2018, Michigan voters approved legalizing recreational cannabis with 56 percent of the electorate voting in favor of the initiative. With 3 percent of state residents already holding medical marijuana cards—notably, the highest rate among all legal markets—Michigan’s recreational market is expected to be worth $650 million by 2023, rivaling that of Colorado and Nevada, according to industry estimates.

However, entering the recreational space in Michigan is not as easy as it might seem. State law grants individual municipalities authority over many aspects of recreational cannabis commerce. Potential retailers, growers, processors, and microbusinesses will have to navigate myriad requirements, fees, and restrictions—including outright bans—that differ from town to town. For any cannabusiness looking to establish a presence in Michigan, keeping on top of local regulations is critical.

Medical and recreational laws in Michigan are quite different in terms of municipal authorization of marijuana facilities. Section 333.27205 of Michigan’s Medical Marihuana Facilities Licensing Act (MMFLA), which passed in 2016, requires municipalities adopt a specific ordinance “opting-in” to the licensed facilities portion of the act before a cannabusiness can set up shop. The ordinances typically regulate zoning requirements and the number of facilities allowed within the jurisdiction, along with the types of operations allowed, including growers, processors, transporters, provisioning centers, and testing facilities. In addition, the ordinances usually impose specific regulations on many other aspects of the business, with the exception of purity and pricing.

The recently passed Michigan Regulation and Taxation of Marihuana Act essentially flips the script regarding municipal authorization. Only by opting out of the MRTMA can municipalities prevent establishments from operating in their jurisdictions. Theoretically, any recreational establishment could apply for and receive a state license to operate in any municipality that has not adopted an ordinance prohibiting cannabis businesses. Under the MRTMA, municipalities also may adopt ordinances imposing specific requirements on marijuana establishments, including zoning restrictions, limitations on the number and type of facilities allowed, operating hours, locations, public signage, social consumption, manufacturing, and sales.

Local ordinances may vary from city to city and retailers must make painstaking efforts to stay compliant, as they can be fined up to $500 per violation. Violations are considered civil infractions.

Just how different are municipal recreational marijuana regulations? Consider the towns of Adrian and Buchanan. Both regulate similar aspects of the businesses, including zoning restrictions, caps on the number and types of businesses, permitting requirements, and operational standards for facilities like security, advertising, hygiene, odor control, and hours of operation. However, the intricacies of the requirements are different. For example, Adrian requires permittees to carry insurance with specific limits for specific types of damages, like $1 million in coverage for property damage. Buchanan simply requires permittees to have insurance that satisfies the requirements of state law. Another very important distinction is that Adrian can revoke a local permit for any material violation of any provision of their local ordinance, while Buchanan can revoke a local permit for any violation of their specific regulations.

Having a local permit revoked may not necessarily mean a licensee’s state operating license will be revoked, but it does mean the licensee will, at a minimum, have to find a new location in which to operate. Relocating to a different town can be further complicated by the fact many municipal ordinances look unfavorably upon cannabis businesses that have committed previous violations in other municipalities and may deny an application to relocate. Opening a new cannabis business already requires significant amounts of capital, and businesses aiming to operate in Michigan should proceed with caution and closely monitor local ordinances in order to prevent spending more money on relocating and additional license applications. Bottom line: Run afoul of the law in one town and your dreams of statewide growth may go up in smoke.

For cannabis businesses, understanding local ordinances governing their operations, and the changes that eventually will come, is a matter of extreme consequence. As the industry gains more legitimacy and demand every year, businesses will determine the collective future and fate of the industry’s long-term success. Retailers and cultivators should work with state and local officials to find common ground and demonstrate the social and economic benefits of introducing cannabis businesses into their communities.

Michigan has the demand and resources to be one of the most lucrative markets in the Midwest, and businesses must proactively stay on top of municipal regulations in order to live up to their potential. 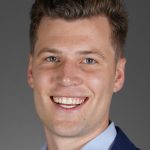 Zach Pfister is assistant legal team manager at CannaRegs, where he oversees the data team contributing to the growing national platform. He joined the CannaRegs team as an intern in 2017 prior to receiving a Doctor of Jurisprudence degree from Denver’s Sturm College of Law.