What the cannabis industry can learn from another controversial and highly regulated industry.

Since we can’t just go to Google and Facebook to buy traffic to promote our products, what are the options for advertising?

The adult industry has had the same problem for years. Facebook never allowed adult services to be marketed on their network, and Google put an end to advertising adult in June 2014. I was working in the adult space back then, and we saw some companies lose as much as 30 percent of their traffic when the ban went into effect.

However, the adult business is alive and well. How? The answer may be found in the ways it has adapted, and some of those lessons can be applied to the cannabis space.

Obviously, buying ad space on cannabis-related sites is a no-brainer. But more and more, medical cannabis products are used to treat mainstream conditions. For example, some cannabis companies are marketing products to athletes.

Some athletes like to smoke marijuana before running or skiing to get into “the zone.” Some like to drink a CBD-infused beverage after a strenuous workout to reduce inflammation, relieve muscle spasms, and aid sleep.

Is it possible to use mainstream ad networks to market to people whose health concerns cannabis products can treat? The simple answer is yes, but not directly.

One technique is to use the hyper-targeting capabilities of the networks as a lead-generation tool for your ideal client profile. Your privacy policy and terms and conditions need to be clear as to what you will do with their information in order to remain in compliance with the ad network’s requirements

Once you’ve created a list of potential customers, you can market to them via email or SMS (depending on the laws your country or state has established for each kind of product).

The adult sector has been using this technique with adult dating sites for years. Even though a dating site is selling a digital service and the cannabis industry is selling a physical product, if we think in terms of steps in a sales funnel, the first two steps are the same in both cases: targeted lead generation followed by targeted marketing.

We see sales funnels employing these two steps often have a higher level of engagement and a lower cost of acquisition than simply sending website visitors directly to an offer. At the same time, employing these methods allows you to track your advertising return on investment with reasonable accuracy.

When you finally locate ad networks and websites that will sell you traffic, how do you know the traffic consists of humans (not bots) who represent potential sales?

Since we can’t just go to Google and Facebook to buy traffic to promote our products, what are the options for advertising?

This is a very big issue in purchasing media, no matter the size of your company. (Perform a search for “ad fraud cases,” and you will see how advertisers have been losing millions of dollars per day to ad fraud.) If you or your ad network doesn’t protect you from non-human traffic (NHT), you easily can end up paying for 50 percent more human traffic that you receive. And that only takes into account unintentional deception.

In the adult space, I’ve seen publishers produce sophisticated bot traffic so they can pump up their revenues, thereby robbing advertisers of their hard-earned money.

There is little one can do to prevent bot traffic from visiting websites; however, website owners and ad network can do plenty of things to prevent advertisers from paying for NHT.

Anti-ad-fraud services focus on just that for advertisers, agencies, publishers, and ad networks. Their services’ typically are low enough that engaging their assistance pays for itself. Notable anti-fraud companies include Oxford Bichronometrics, Forensiq, Integral Ad Science, MOAT, and Double Verify. Scammers constantly modify their techniques, but criminals and crime detection evolve together. By employing sophisticated algorithms to score in real time the quality of the traffic, anti-fraud services can prevent fraudsters from taking advantage of advertisers whether the traffic comes from ad networks or directly from websites.

Traffic sources often give credit for low-scoring traffic only to big spenders. For example, though Google doesn’t make its terms public, the search giant is more likely to give credits advertisers who spend about $15,000 during a cycle.

Advertisers are on their own to negotiate credit or discount with publishers, but at least by using a reputable third party to detect NHT, they have proof to back up their quality complaints.

The benefit of using social media as a traffic source lies in harnessing the power of grassroots marketing. Because the adult industry has learned to look at marketing from an organic standpoint, it has perfected harnessing the potential of social networks to drive traffic, sales, and branding.

The cannabis industry was born as a grassroots movement that touches millions of people from every community. Therefore, social media provides a fertile environment for growing a marketing campaign. Like adult entertainment, cannabis has a unique opportunity to benefit from social media—and digital marketing in general. 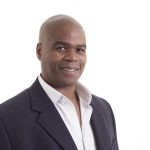 Nigel Williams is a partner in Mint Chip Media and serves as chief executive officer for the company. Working with both the cannabis and adult entertainment industries, Mint Chip brings the sophistication of big marketing to grassroots efforts while navigating the pitfalls of a restricted industry. Understanding the nuances of community, business, and available marketing avenues enables the Mint Chip team to create world-class marketing strategies with viral, organic potential. Visit MintChipMedia.com.