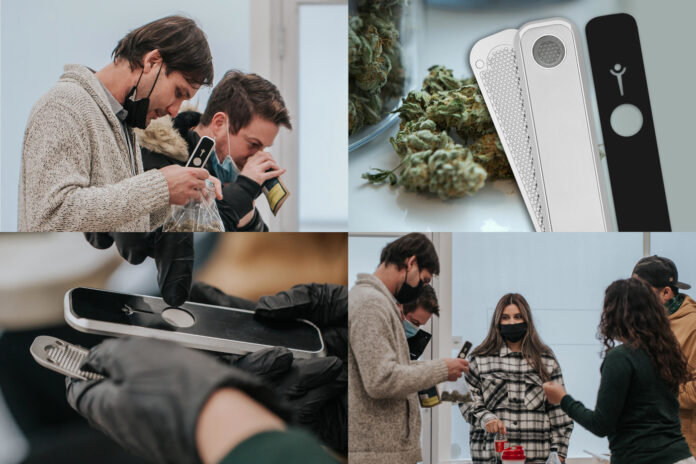 SACRAMENTO, Calif. – Budtenders in competitive markets have a new tool in their sales arsenal: a ‘cannabis sommelier’ certification program that ports a classic wine-judging method to marijuana.

The Cannabis Sommelier Certification program, presented by education platform CannaReps in collaboration with the makers of the Genius Pipe, offers budtenders a deep dive into flavor profiles, helping budtenders assist customers in matching their desires with strains’ expression of “palate” and “nose.”

“In the 1990s, U.S. wine consumers became more sophisticated, gaining knowledge and demanding higher quality and greater variety of tastes and styles,” said Daryl Rowland, vice president of sales and marketing at Genius. “In the 2000s, craft beer went through much the same transformation. Cannabis is now making that transition among average users, from being sold purely on weight and THC levels to providing a wide range of cultivar varieties, regions, tastes, and experiences for consumers to learn about and enjoy.”

As with wine, the standard method of gauging cannabis quality is blind tasting — consuming a flower or extract without knowing the price, producer, cultivar name, or cannabinoid and terpene content in order to avoid bias in determining quality and provenance. According to CannaReps Headmaster Adolfo Gonzalez, smoking is the best suited to the task of detecting imperfections like excess feed because vaporizers are too forgiving and do not allow for close observation of the burning flower material. Water-pipes reduce terpene expression, he said. So, CannaReps turned to Genius Pipe as an alternative to joints, to which some consumers object.

“Its unique design filters and cools air without the use of water, which can remove water-soluble terpenes from smoke/vapor, while also allowing for quick and easy cleaning of every component between tastings,” he said.

Blind taste tests require a set of identical jars, a marker, and some flower. Before the burn, the sommelier observes the physical attributes of the flower, including trim, bud integrity, and moisture. Terpenes are examined with a magnifying glass.

After the flower is lit, the sommelier observes the aroma. Gonzalez said aroma strength is the most important indicator of quality. Though terpene content is indicative of how much aroma to expect, cannabis produces other compounds that also have an effect on aroma, like esters and thiols.

“Learning to tune into your nose above all other indicators is the key,” he said.

The partners expect the certification program to be a game-changer for markets in which the number of sophisticated cannabis consumers increases daily. “Budtenders who have deep knowledge of the plant can better serve increasingly sophisticated consumers,” Rowland said.

“We are at the beginning of a cannabis revolution,” he added. “Public and private cannabis tastings and events will become increasingly popular and mainstream. We are excited to play a role in educating and delighting the many new enthusiasts.”